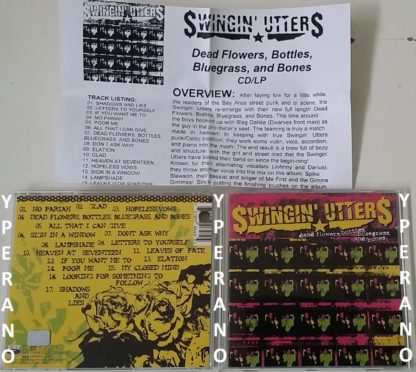 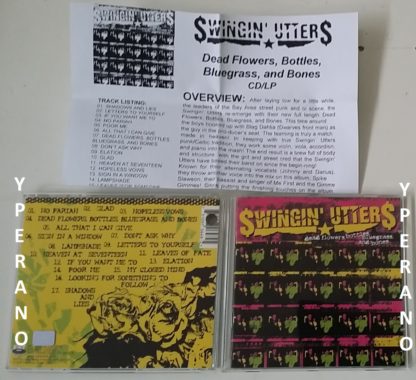 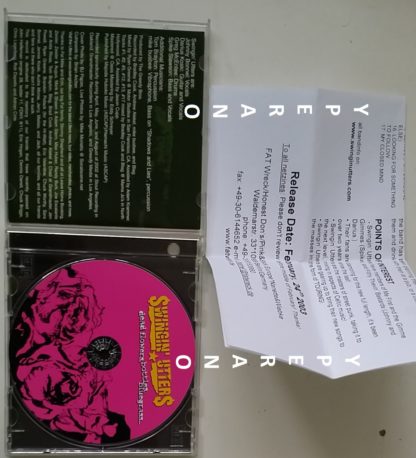 Notes:
Recorded sporadically during April, May, June and August of 2002 at Stout Recording in Oakland, Grandmaster Recorders in Los Angeles, and Greedy Media in Los Angeles.
©  Fat Wreck Chords 2003.

5.0 out of 5 stars wow, staggeringly good, maybe the best yet.
I am increasingly convinced this band can do no wrong. In my opinion, they’ve never had a bad album. And the funny thing is that I wasn’t sure where they’d go from the last (self-titled) effort, which was probably as dark/hard as anything they had done since Streets Of SF. Well, if the S/T album was an extension of the darker, inward-looking stuff from Five Lessons Learned, then this one is an improvement upon the lighter, more melodic fare that made Juvenile Product such a success. Why is it better than Juvenile? Simply put: diversity. They display more styles and more tempo changes on this than the fairly static approach of Juvenile (which is no fault, its a great album.) They change gears than most any “street-punk” band, which is why they transcend petty terms like street-punk and why they succeed as a great band and not merely a great genre band. Surprisingly the Filthy Thieving Bastards type material is kept to a minimum (perhaps they got it out of their system with that full-length) but that Celtic flavor is still apparent, so don’t worry. And you just can’t beat 17 songs for bang-for-yer-buck.
I’m almost frightened to make any more statements like “this might be their London Calling” which i did for their last effort, because they just might go and one-up themselves like they did this time. And whats better than London Calling? Not much, if anything. I think this is better than the self-titled, and i’m leaning towards labelling it their best. Its great when a band can age without showing any signs of it. They’ve set the bar mighty high, but they’ve also shown no signs of slowing down. Here’s to 12 more years.
———————————————————
5.0 out of 5 stars The best streetpunk out there.
I read a review in Alternative Press about how much better this band is than the Dropkick Murphys, and its so very true. This is the Utters at their very best and their best record since “Juvenile Product”. If you like Oi!, streetpunk, or just great punk rock, this is a must-have.
———————————————————
5.0 out of 5 stars Its better than i expected.,
The swingin’ utters continue to write the good material and they convince me more every time that they can do no wrong though a couple of the tracks near to the start of record slip in standard to the rest, the album however redeems itself as it approaches more toward the end. The stand out tracks on dead flowers, bottles, bluegrass and bones are glad, if you want me to and lampshade in fact the only way i can really give a justified review for this album is by giving each track a rating out of 5.
1. No pariah 5/5
2. Glad 5/5
3. Hopless vows 1/5
4. Deadflowers, bottles, bluegrass, and bones 2/5
5. All that i can give 5/5
6. Sign in a window 4/5
7. Dont ask why 4/5
8. Lampshade 5/5
9. Letters to yourself 3/5
10. Heaven at seventeen 5/5
11. Leaves of fate 5/5
12. If you want me to 5/5
13. Elation 4/5
14. Poor me 5/5
15. My closed mind 4.5/5
16. Looking for something to follow 5/5
17. Shadows and lies 5/5
Label: Fat Wreck Chords
Running length 19 tracks
Running time 40:26

So there you have it most tracks are rated 5/5 because not much else could have been added to make those tracks any better i would recommend the self titled one 5 lessons learned and the streets of San Francisco before you purchase this though, the utters have a great discography and you you cant name one bad album that they have made in this way they are similar to another great band called the Tossers (similar genre) and they outshine the Dropkick Murphys and the Dropkicks aren’t a bad band in the slightest so get this if you already own the aforementioned albums or if you’re a lucid person looking for one of the more pre-eminent punk albums in the genre. It would be good for the utters to release some live material and more acoustics on there next album but you cant have it all right?, the only real downfall on this album however are the tracks Hopeless vows and dead flowers, bottles, bluegrass and bones both of which don’t seem like the swingin’ Utters are playing them as the songs sound a bit rushed as though they where just fill ins to a great album which i’m sure they where not but that’s the general impression that you get, the description of this album on FAT was that the Swingin’ utters come out with some new sounding better in some ways street punk and i couldn’t agree more, its a breath of fresh air this album really as though there are still the odd good few punk bands about its hard to escape this current hype thing at the moment and though i have nothing against them lets face it they are very poor bands so well done to the Utters again and i’m rambling on and on now.