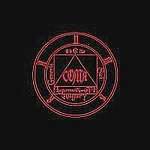 As far as Dark Ambient goes, it doesn’t get any better than this. The highlight of the album has to be vocalist elizaLL, who has one of the most unusual vocal styles ever heard. The music itself is an extremely dark blend of Industrial and Gothic, reminiscent of the new ARTROSIS, Maciej’s other band. The difference is that on this disc the Industrial elements are kept to a minimum. There are occasions in which the Industrial elements seem to take over, such as “”The Leprosies Of Sin””. This works out extremely well in these circumstances as well, however, since they the darkness is still dominant. The music is slow, but speeds up very slightly when it’s needed. SUI GENERIS UMBRA’ greatest success is in making music that is truly chilling and haunting. All of this is laced with, elizaLL truly unique vocals that simply need to be heard in order to be believed. They consist of a more standard clean gothic style, tortured crooning, slow, low singing, high pitched yelps, the occasional growl, and a variety of other things that elizaLL has in her bag of tricks. It’s hard to pick a standout track for the album, as every single song is enthralling and mesmerizing. A truly haunting masterpiece of Gothic Dark Ambience that should be treasured as a true gem by fans