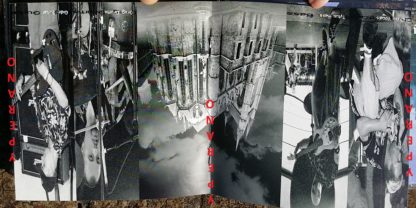 Since the day they started, in 1993, STUCK UP has taken their spot into the Belgian Hardcore scene.
This due to the motivation of each member to compose new songs on one hand and to the preparation of each live show on the other. Their live reputation gives the crowd a musical and visual wall of sound. They’ve proved themselves on stage supporting bands like Biohazard in February 1997.

Stuck Up was founded from the ashes of a band called Demance. In March 1993, after being a drum-roadie for quit a while, God was asked to be the new singer right after the vocalist left a few hours before recording the songs. From roadie to lead singer in seconds God did a great job standing in front of a mic for the first time.

Chris quit Stuck Up in 1999 and founded Do Or Die later that year.