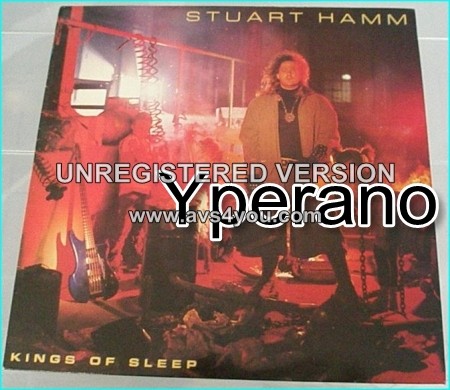 Kings of Sleep is the second solo album released by bassist Stuart Hamm. It was released on June 19, 1989 on Relativity Records.
The title of the album and many of the songs were inspired by the novels and short stories of William Gibson, including the Neuromancer (“Black Ice” and “Terminal Beach” are both references from that novel), Count Zero (referring to the name of the novel as well as the hacker handle of one of the protagonists), and the short story The Winter Market.

5.0 out of 5 stars Did the bass survive?
The power and force on this one is amazing. Serious rock, but very original. Some virtuosos bog down in technique and ignore passion and feel, but Stu nails it all. Guitarists Harry K Cody and Buzzy Feiten throw down some resonant, overdriven licks that threaten to blow out your ears as Stu destroys your speakers. I like everything hes done to some degree, but this one is great for driving late at night. But do use cruise control.

Throughout, but especially on “I Want to Know,” you can hear the music as a gestalt, no lyrics needed, as the imagery can’t be put into words. Thats the mark of a true instrumental performer. And its a pity they didn’t get “Black Ice” for the Matrix soundtrack. Have a listen and see what I mean.

5.0 out of 5 stars Stu Hamm kicks some serious butt on this album
I loved this album from the moment a friend of mine lent it to me back in the day. From the opening of Black Ice to the final notes of Kings of Sleep, Stu takes you on a musical journey that ranges from the virtuosic to straight up rock out. Hamm shows that he can not only fires off notes with the best six-stringed players of the day, but he can lay back and groove with the drums as part of the rhythm section while the guitar player solos over top of it. Stus playing is awe-inspiring, as he proved when he was playing bass with Joe Satriani. It shows off his high-level of proficiency, but it all makes sense. Anyone who loves guitar should own this album, if only out of sheer respect.

5.0 out of 5 stars King of Bass
This is a GREAT instrumental album by one of the worlds finest bass players – Stu Hamm. From Black Ice onward, this album delivers. Call of the Wild is another favorite from this recording. Worth owning!!!!

5.0 out of 5 stars Kings of Sleep
I’m an 80s Metal gal….yes, big hair and everything. This was a cassette in my collection for many years and I used to play the heck out of it. Recently, I was trying to remember Stuarts name to repurchase the album. In my opinion, he is the best bass player ever. Victor Wooten is amazing, but before he was around, there was Stuart Hamm. Check out YouTube where the two play together. Happy Listening! 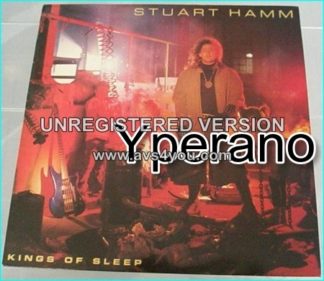