When Christian metallists Stryper packed it up in 1991, it appeared as though their audience had quickly vanished, as most rock fans shifted their attention to other styles. But during the groups absence over the ensuing decade, a large cult following developed, resulting in the chaps deciding to give it another shot by the early 21st century. In 2003 came their first extensive U.S. tour in ages, resulting in the arrival of their first-ever live set, 7 Weeks: Live in America 2003. Their anthems still retain their bombastic flair, especially evident in Michael Sweets Dennis DeYoung-esque vocals. Most of the expected Stryper favorites are included here, including the rockers “Soldiers Under Command” and “Free,” the power ballad “Honestly,” and a track that falls somewhere in between, “Calling On You.” A pretty darn solid set, although one fumble is spotted toward the end — a metalized version of “Winter Wonderland”. 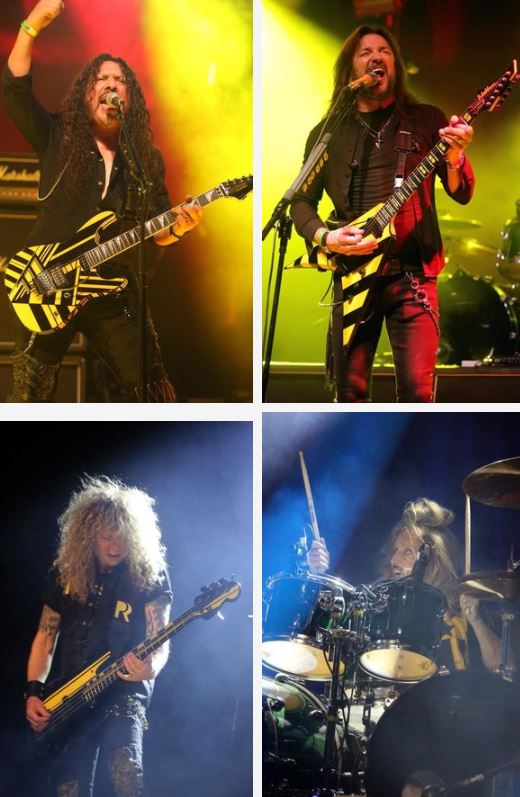 The CD begins with the Sing A Long Song and everyone’s voice comes through nice and clear. The production is fine on this disk. The guitar work of Oz Fox is not lost amidst any of the songs, and pretty much every level is on an equal. No overproduction on the vocals as was sometimes seen on the studio releases, and not as much effects on them either which I enjoyed. Better to hear the band sing normally and in great harmony without the aid of too much processing. Some of my favorites on the CD are More Than A Man, Soldiers Under Command and Calling On You. OK, I also enjoyed Honestly. The CD runs about 63 minutes.
———————————————————
5.0 out of 5 stars Still great after 20 years,
When I was a teenager, Stryper had just started to make their name in music. They were misunderstood and feared by most church folks I knew, but their music was incredible. At the time, they were one of the few Christian bands who had successfully “crossed over”. Now they are back for their 20 years anniversary with a live CD from their reunion tour last year, and you’d never know they left.
The music kicks, and is as sharp now as it was then. The only thing that betrays their age is Michael Sweets voice. He doesn’t hit every high note he used to, but he can take most of them on with no problem. Favorites like “Soldiers Under Command”, “Sing Along Song”, and even the quirky “Winter Wonderland” are here (though “Reason for the Season” would have been a better Christmas song–and an original of theirs). I don’t really know why they’d go with “Caught in the Middle” and “More Than a Man” rather than the two new rockers they did on their last “Best Of” cd though (those two songs would have cooked, where the others sort of drag things down just a little). The only major deviation from the album versions comes with “Honestly”. This one make take a couple of times to appreciate, but its good. Give it a chance. They close out the CD with an awesome prayer for the audience, and you really get a feel for what a night at the concert would be like.

It was good to see the band steer clear of their “Against the Law” CD for the most part, though “Shining Star” would have been a better choice for the concert than “Caught in the Middle”.
All in all, the boys proved they can recreate the sound from their albums live and just as strong. Highly recommended.
———————————————————
5.0 out of 5 stars Stryper still rocks,
I like to think I am fairly picky about what music I listen to. I am a christian, but usually don’t listen to christian music because of its general lack of quality. Stryper however is the exception, and I think this live collection from their recent tour proves it. I saw them in Asbury Park, NJ in Nov. last year and it was one of the best concerts I’ve been to in my life. This CD shows not only how great they still sound, but how they sound even better now than 12 years ago. Not only can Michael Sweet still hit those high notes(including the jaw-dropping, 14 second note at the end of “The Way”), but he and Oz Fox also still have the ability to shred lightning fast guitar solos and the dual-guitar harmony between them is very tight and is added in places that actually improves the quality of the song, in this listeners opinion. The only time the pace really slows down during the concert is on their token ballad, “Honestly.” While not a bad song, I don’t really listen to this one cause after listening to so many heavy songs, I’m not really ready to listen to a song that sounds like its out of a school dance, but this is a guys opinion. Then they cover “Winter Wonderland”, which, though they do heavy it up, doesn’t really seem to fit unless you were there or are in a Christmasy mood. These aside, the majority of the CD, for lack of a better term, rocks, and if you are a Stryper fan in any sense of the word(and maybe if you aren’t)it will have you singing along on nearly every track. Very few CDs do that for me, and that’s why I give it five stars. I can’t stop listening to it.