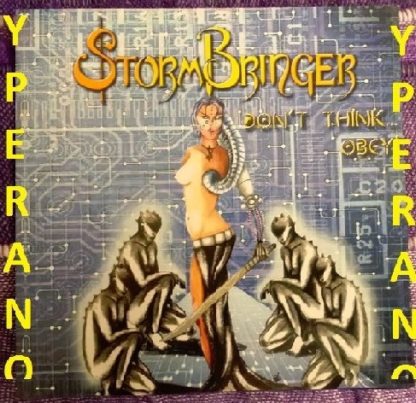 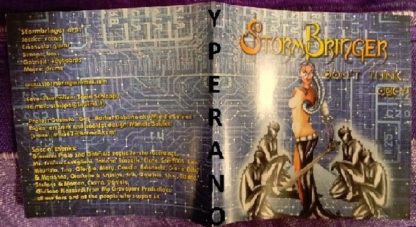 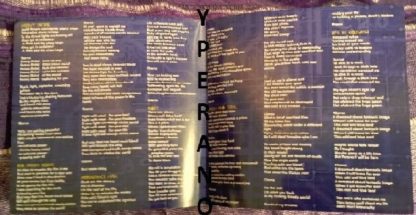 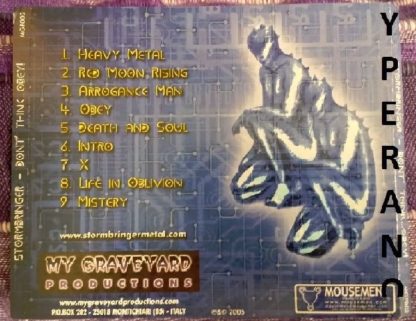 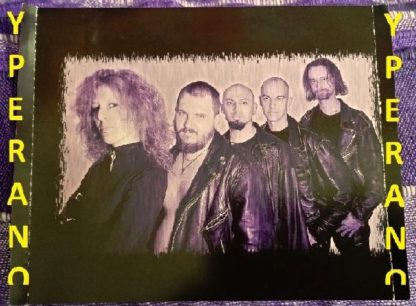 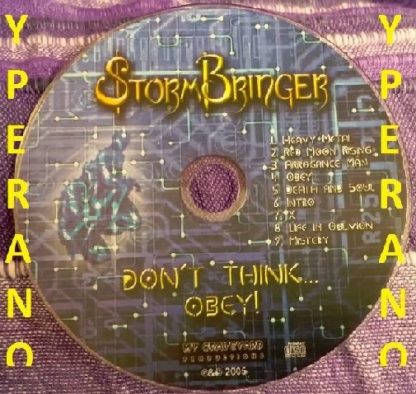 From the opening track ”Heavy Metal” to the last one ”Mistery” this is a highly interesting release that will disappoint no fans of quality heavy/power metal. Freaks of ZED YAGO, WARLOCK and VALKIJA this one’s for you!

Italian Power Metal. The current line-up consists of Jessica Cavati the singer, Emanuele Zinnanti the guitarist, Gabriele Colombo on keyboards and piano, Simone Zinnanti is on bass and Mauro Lovato is the drummer. The songs, Heavy Metal, Red Moon Rising and Arrogance Man, Obey and Arrogance Man are
between four and six minutes, the melodies are nice and pleasant, flowing between the “Gothic” and the Power Metal-ish tunes with a hint of Speed Metal. Vocalist, Jessica, sings like a male vocalist from a European Power Metal band

Compared to and influenced by the likes of IRON MAIDEN, WARLOCK, HELLION and WHITE SKULL

.
It may be surprising that the lead singer is a woman! She sounds like a cross between Doro Pesch from Warlock and Brian Johnson of AC/DC. Seriously the gal sings pretty good and there are not a whole lot of good female metal singers out there singing this kind of music, so you have to hand it to her!

This offering will please traditional metalhead. The Hammond organ is well done with interesting accents during each song. Particularly the instrumental valley in the song “Mistery” is worth mentioning, which is heavily reminiscent of 70s Progrock with a little harder edge. The song “X” however is the strangest song here and a little amusing coming off completely contrary to the rest of the album.

The bottom line is the Stormbringer has some great talents with the singing, crunching guitar work and the organ melodies. They have produced strong compositions even if they are not necessarily considered mainstream. The band should stick with it! I definitely think there is a market for their music with traditional metalheads! So all you metal heads get your hands on this release. 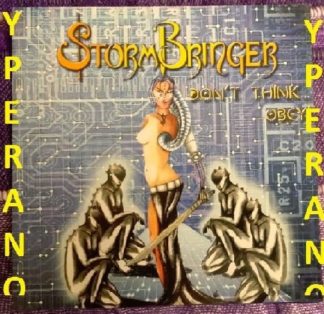