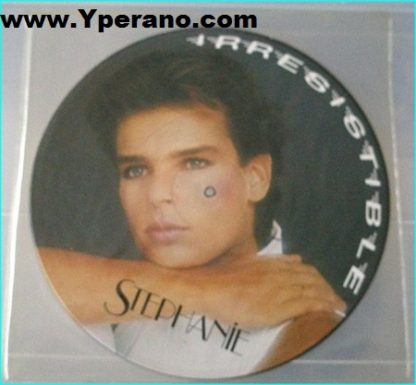 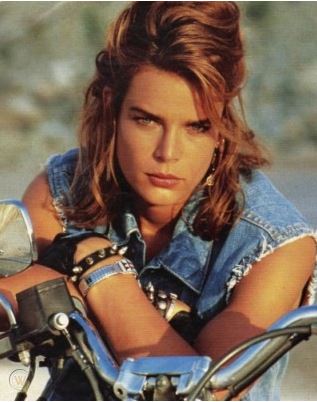 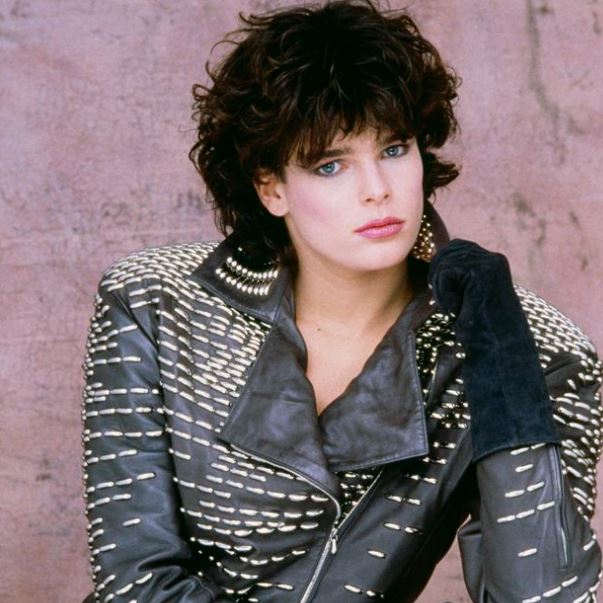 Princess Stephanie Of Monaco. Stephanie was a legend in 80s

“Ouragan” (French for “windstorm”), also released in English under the title “Irresistible”, is the first single recorded by Princess Stéphanie of Monaco. 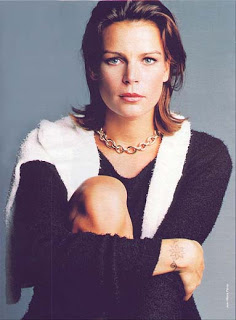 “Ouragan” (French for “windstorm“), also released in English under the title “Irresistible“, is the first single recorded by Princess Stéphanie of Monaco, from her debut album Besoin. Released in 1986, it was a great success in France, where it topped the charts for almost three months, and in Germany.

This song was written by Romano Musumarra, who had already written several hits for Jeanne Mas and Elsa. Yves Roze, the song’s producer, is known under the pseudonym of Jean-François Michael, who recorded “Adieu jolie Candy” in 1969/

When Jeanne Mas refused to record the song, the composer offered it to Stéphanie of Monaco, who finally accepted. The song was also recorded in English, under the name “Irresistible”, in order to win over the Anglophones and other non-French speaking peoples – but with little success.

No music video was produced initially, as the song was not expected to be such a success. The only video available was some footage shot in the recording studio. Eventually a video was made that features the princess in various locations pursuing a mysterious stranger in a hat. At the end of the video, in a significant plot twist, the stranger is revealed to be a male version of Stéphanie with slightly slick down hair and little makeup. The video runs for 5:20 and uses a remix of the song that alternates between the original French lyrics and the English lyrics for “Irresistible.”

The single was a huge success in France, peaking at number one for ten consecutive weeks. It debuted at number seventeen on the French Top 50 Singles Chart on 5 April 1986 and rocketed up the chart, reaching the top position on 26 April. The song charted for a total of 29 weeks until 18 October 1986. It peaked at number eleven in Switzerland and was also a hit in Germany, where it reached number two.

In 1986, the single was certified Platinum Single by the French certifier SNEP, having achieved at least one million sales  and 1,030,000 sales according to Infodisc  Sales of the single exceeded two million copies worldwide. In France, the song is the 83rd best-selling single of all time

“Ouragan” was the first single to remain at the top of the French Singles Chart for at least ten weeks  beating the record set in 1985 by Peter and Sloane with “Besoin de rien, envie de toi”. It was also the second best-selling single in 1986, behind “Les Démons de minuit“, by Images.

The song was covered by many artists, including Ishii, Akemi (石井明美) in Japanese version from her 1986 album Mona Lisa, Michael von der Heide in 1998, Gregorian in a new age version as bonus track on the album Masters of Chant Chapter III, Leslie on her 2007 album 80 Souvenirs  Jolie in French and English versions in 2010. Actors Jean-Paul Rouve and Isabelle Nanty performed the song as duet in the Olivier Baroux’s 2011 film Les Tuche. After a live performance of the song in 2012, Italian singer Sabrina Salerno released the song as a digital download in 2015, however the song was never promoted as a single.  https://open.spotify.com/album/4KjJSzXSHFkYliGs9m13jW 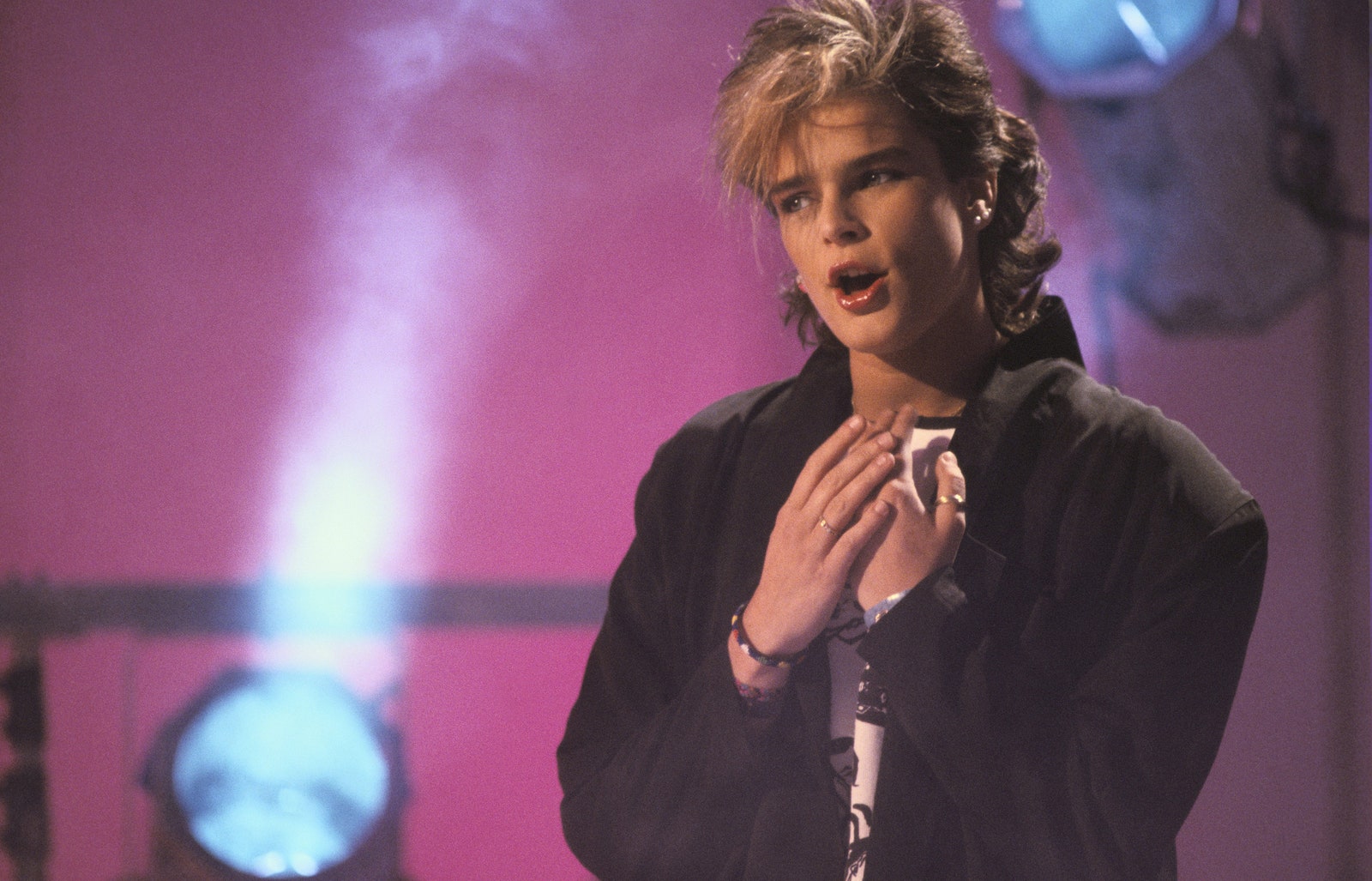 There could be no more perfect spirit animal for the ’80s-inflected Spring collections than Princess Stéphanie of Monaco. The royal rebel was an early adopter of many of the now-retro trends that walked down the runways. At Emanuel Ungaro, the princess was identified as a muse by Fausto Puglisi, who grew up watching the video for her 1986 European hit, “Ouragan.” In it you’ll find shoulders, swimwear, shirting, and athleisure looks of a fine 1980s vintage, all worn by a tight-bodied woman with a pedigree. What’s not to love?

The third of Prince Rainier III and Grace Kelly’s children, as the baby of the family, Stéphanie was indulged. “I’ve always been interested in clothes, from as early as I can remember,” she said in a 1986 interview. “I used to love playing paper dolls with my mother—she would cut them out and I would dress the dolls.” Further proof of her fashion obsession comes from The New York Times, which reported seeing the 4-year-old princess in ermine; roughly nine years later, in 1978, the pouting Stéphanie reportedly skipped her sister Caroline’s prewedding gala because she couldn’t wear jeans to the party. After completing her baccalaureate, Stéphanie studied fashion design in Paris, but announced she was dropping out, with the aim of pursuing race car driving with boyfriend Paul (son of actor Jean-Paul) Belmondo. All such plans were immediately halted after the tragic car crash in which Princess Grace was killed and Stéphanie was injured.

A year after her mother’s death, Stéphanie picked up the thread of fashion and followed it again to Paris, where she interned with Marc Bohan at Christian Dior. It has been said that the princess added color to the gray-hued house with hair dyed red and green. What had her father seeing red was Stéphanie’s decision to model. After he threatened to take her passport away, she launched a swimwear line, Pool Position, with a friend from Dior, Alix de la Comble, and presented her debut collection to a crowd that included Karl Lagerfeld and Helmut Newton. After the finale looks were presented to the strains of “Just a Gigolo,” Stéphanie and De la Comble dove into a pool.

Stéphanie next made a splash with her 1986 music debut. In the video for “Ouragan,” the royal worked a prescient androgynous look, chasing a hatted figure, who, in the end, was revealed to be not a bad boy, bodyguard, or “languid Adonis,”—the princess’s preferred types—but herself in crop-haired tomboy mode. Fun fact: Under the alias “Mystery Girl,” Stéphanie would later provide vocals for Michael Jackson’s “In the Closet.”

Stéphanie always had a sporty vibe, a quality that was accentuated by Caroline’s ladylike look. The Independent once described Stéphanie’s appearance as “Caroline on steroids” and a “male model before male models looked like girls.” Goddess is more like it, at least that’s what the princess resembled in the 1985 Horst-shot ads for La Prairie, and when she was the cover girl 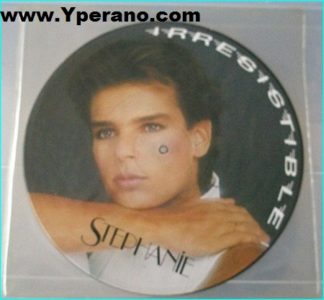