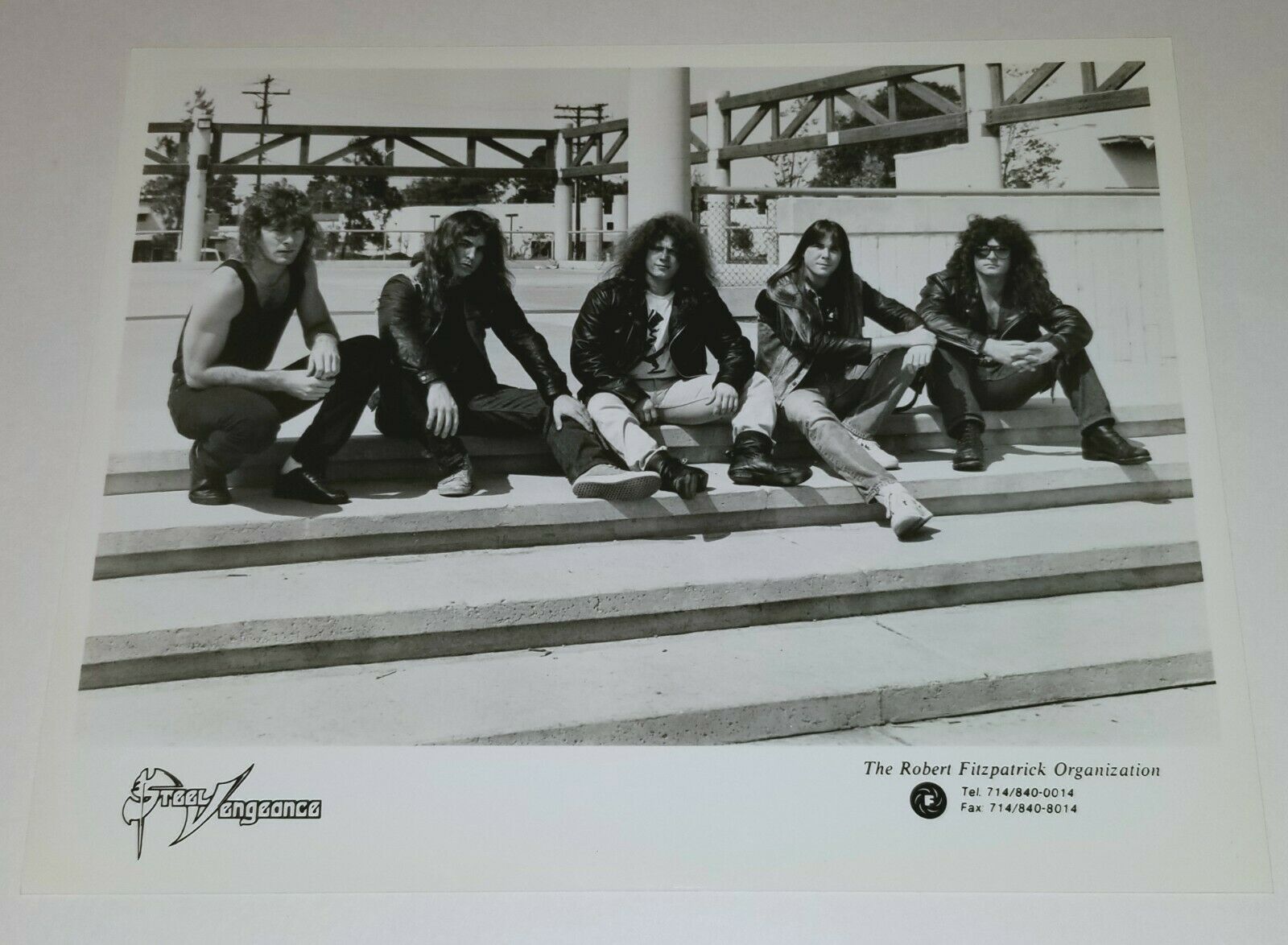 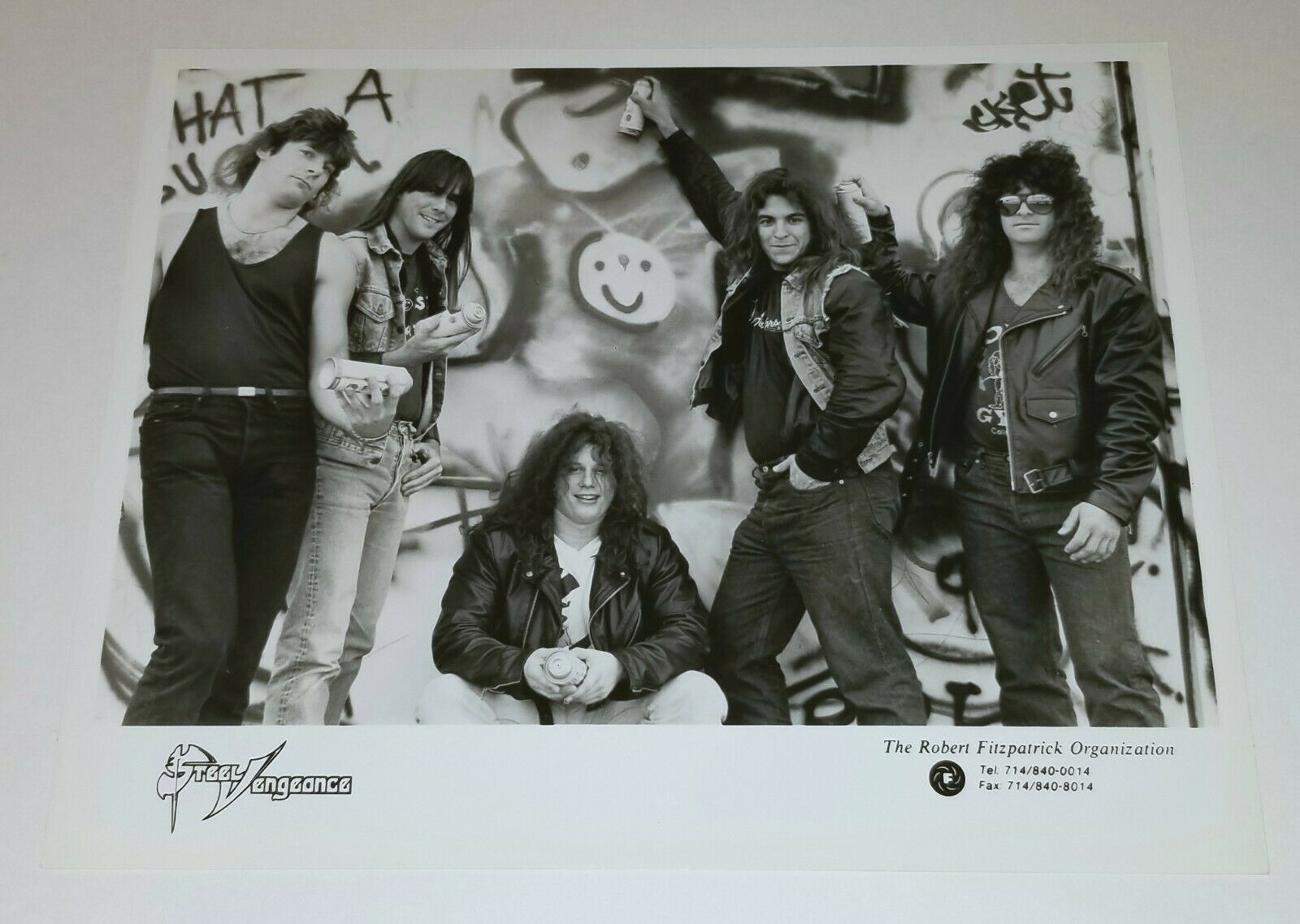 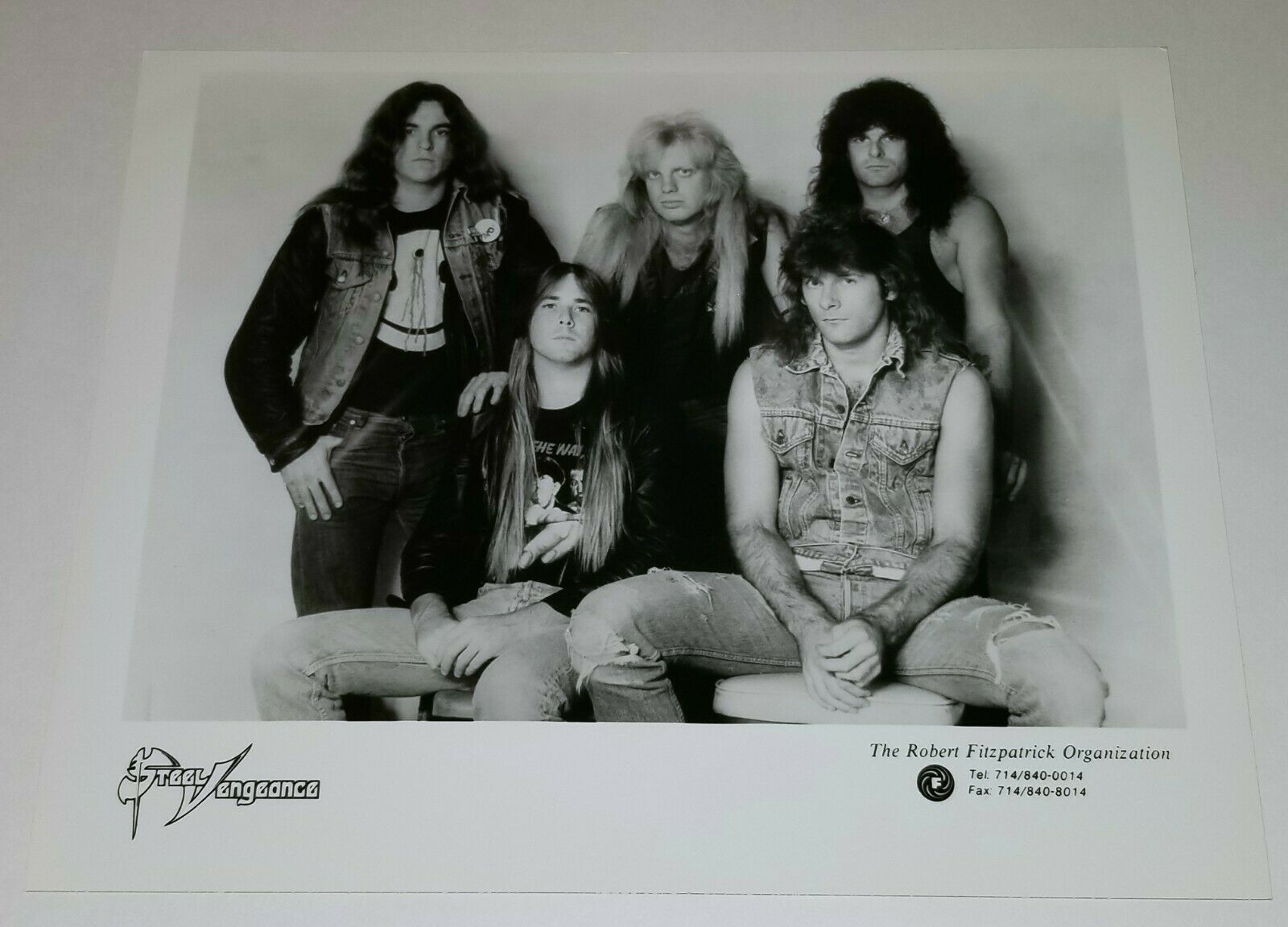 “Prisoners”, originally released in 1988 via Black Dragon Records, nearly two years after the previous “Second Offense”, displays the first lineup changes within the STEEL VENGEANCE personal. Tracy Kerbuski arrived as the new lead / rhythm guitarist along with the slashing drummer Marshall Davis manning the skins. Furthermore, and I assume that this lineup changes also injected venom within the band’s perception towards their earlier music. STEEL VENGEANCE actually lived up beyond the elements of Hard Rock / Glam / Hair Metal that stood firm on the earlier album thus preparing the grounds for gristle Speed / Heavy Metal accustomed to the classic US Metal code with clear influences of MOTORHEAD and a few early MEGADETH and METALLICA signatures (minus the technical stuff) but still engulfed by the captivating magic of post NWOBHM bands. I found it quite refreshing and soothing for my taste. Of course “Prisoners” still remained true to the band’s earlier musical endeavours, but eventually it took the band higher than their last effort.

“Prisoners”, in comparison to the early releases of the band, showcased the desire to get wild, to kick down the bucket and just scream at the world with a big fuck you. STEEL VENGEANCE sounded nastier, heavier, always on the attack, flashing with emphatic shred soloing that seemed to last for long moments or in every naked moment. That last comment about the lead guitar work I can also imply on the vocals that seemed raspier, tougher, scratching the surface with high end tones loosen as if set free from a long incarceration. What was more interesting, unlike on the earlier albums, was that STEEL VENGEANCE bade to compose long length tracks. At first I was a bit skeptical for the decision to so, but actually I was quite pleased at the turnout. Though “Streets Of Gold” was no more than an average “could have been” as it started with an impressive riffing and pace while heading towards the boring zone, there were others to fill the void. “Prisoners”, a slick track with a darkened image that retains the band’s old habits but with an addition of heavier outputs and majestic lead fretwork. The song seemed rather steady, no more than three riffs playing it elementary traditional Metal with a few punches and soft NWOBHM spots. The charming ballad “Till Tomorrow”, simply one of the album’s power points, left me speechless. Every note fitted like a glove to this adequate moment of lucidity. Just as every power ballad, it took a heavier turn but right at the spot returned to its old harmonic self. On the other hand, STEEL VENGEANCE didn’t come to be too emotional and also had that viciousness and wildness within them for the taking with the heavier commotions.

“Vengeance Is Mine” is my top pick, a heavy mid tempo track. Pure Heavy Metal that would have left some of the early MOTLEY CRUE and RATT tracks behind in a hurry. I liked the chorus though the vocals could have been a tad melodic and assorted, but it still reigned. “Run From The Law” seemed like the closest thing that STEEL VENGEANCE came to middle 80s Thrash Metal. Another mid tempo song displaying heaviness, meek chorus and bone sawing soloing spread throughout the track. “Destroy” and “Under World” served as the landing ground where mayhem was spread, again with a series of heavy riffing, loud blasting bass, bone crush drumming and high altitude vocals. I have to admit that at times it felt a bit senseless as only a few years ago these guys played stuff similar to TWISTED SISTER and KISS. That proves how perspectives can change rapidly, and yes we are all humans. I am closing this review down with “Can’t Stop the Rain”, a cool track nonetheless but how STEEL VENGEANCE didn’t notice that the into plus the verse after it is a total rip-off the two years prior classic of STRYPER’s “Soldiers Under Command”? I think it is weird because it looks so easily obvious. In short, a great comeback to awesomeness for this American group, taking another step in their development, STEEL VENGEANCE won this one big.