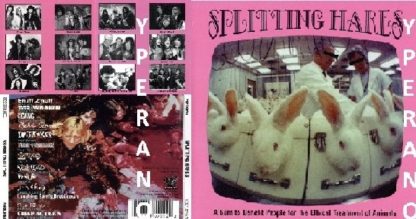 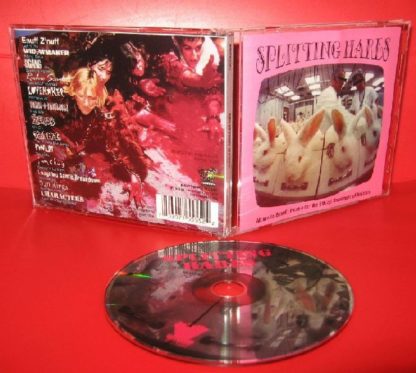 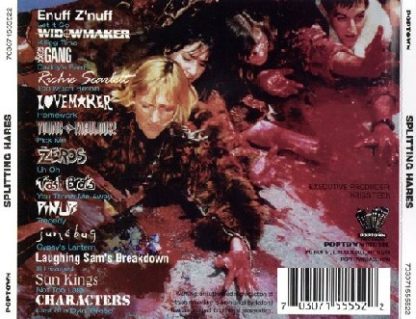 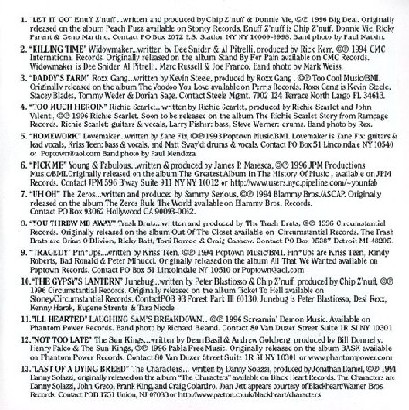 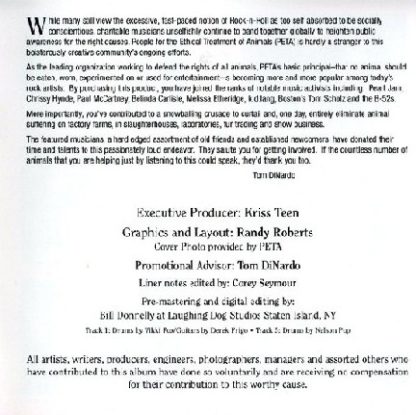 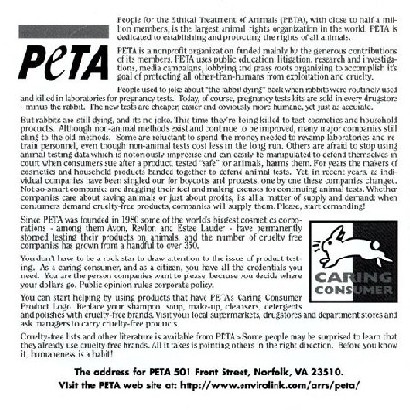 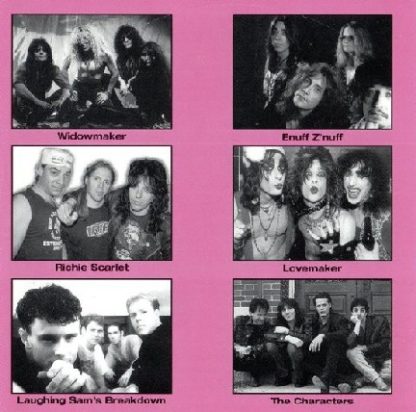 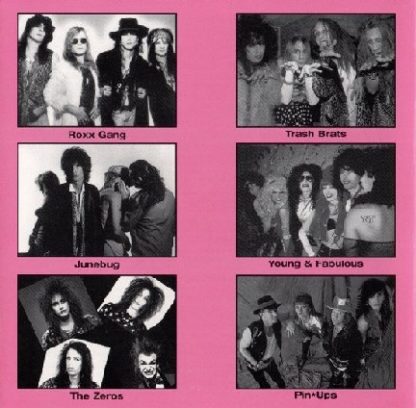 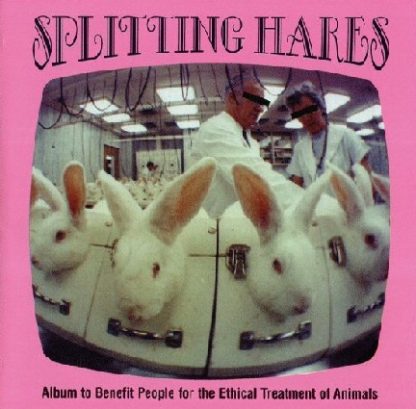 Splitting Hares: Album to Benefit People for the Ethical Treatment of Animals 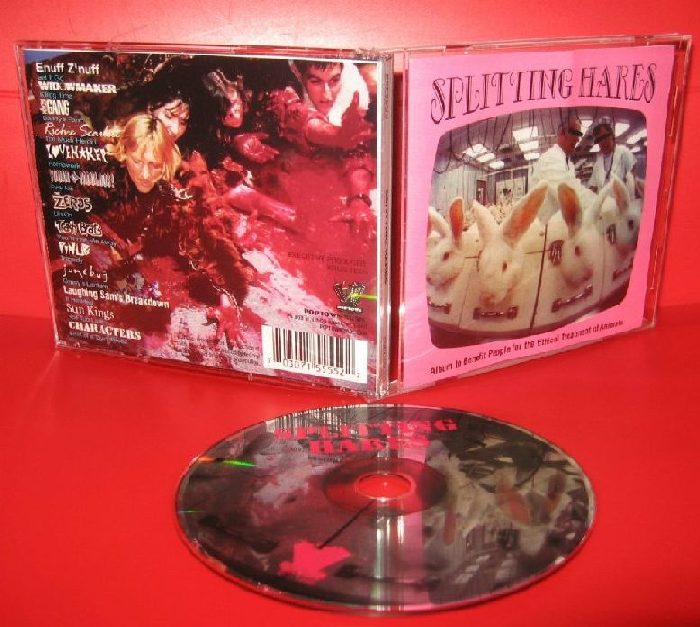 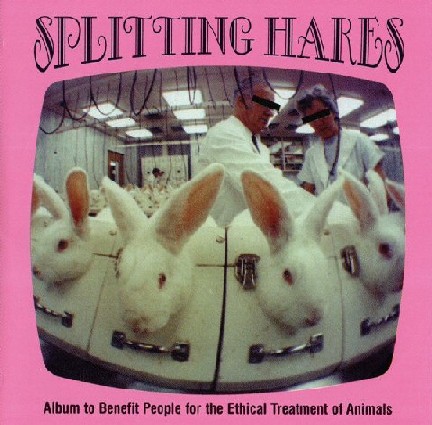 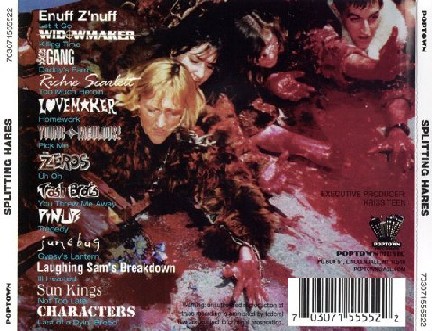 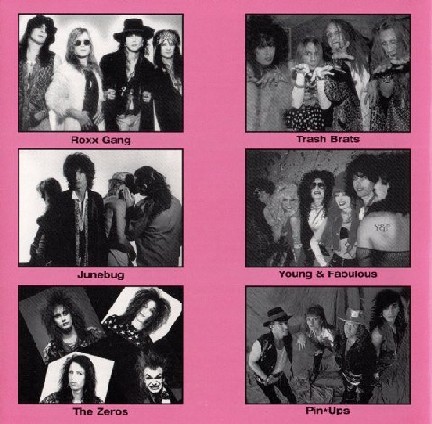 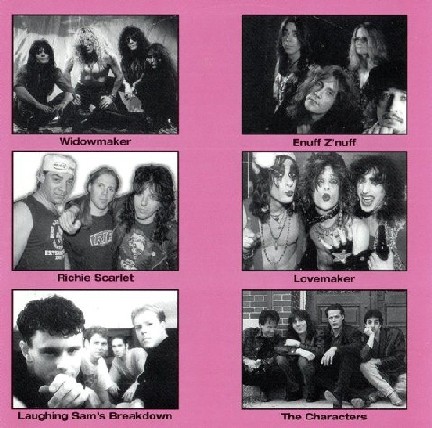 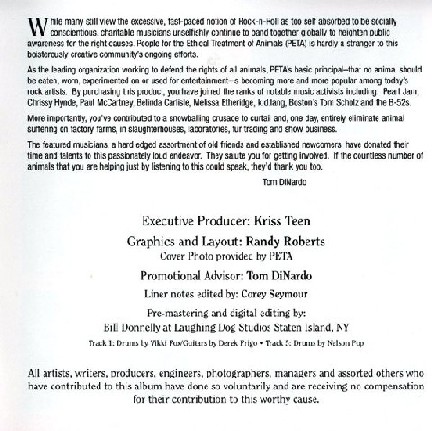 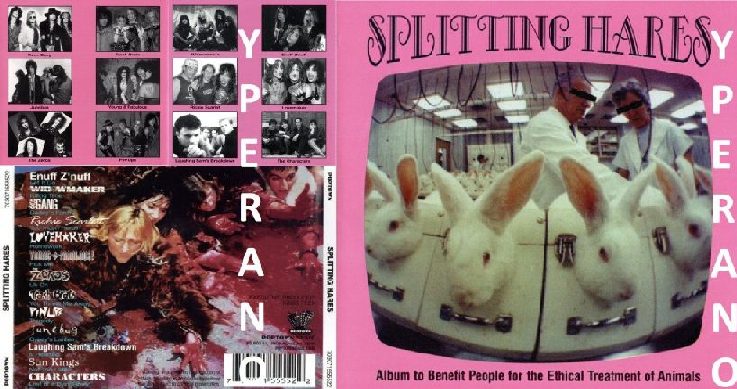 Great guitar rock! These bad boys may wear leather, but that doesn’t mean that they don’t care! “Splitting Hares” is a compilation album that was put together by Poptown Records to raise awareness of animal rights on behalf of PETA (People for the Ethical Treatment of Animals).
This disc is filled with awesome performances by Twisted Sisters Dee Snider with his band Widowmaker, Roxx Gang, Richie Scarlet (Ace Frehley Band / Mountain), Lovemaker, Enuff Z’ nuff, Junebug, the Zeros and more! 13 great tracks in all! The booklet is filled with information that you need to know about our furry & feathered friends. There are also great pics and facts about the bands contributing their efforts to this project.

You don’t have to be vegan to respect the other life forms sharing our planet. This collection of heavy hitters proves that even the hardest rockers can have a heart!

“…Out of a lucky 13, I would have to pick HAREs two better-known contributors as being the best – that being Roxx Gangs (one of the best sleazerawk bands that, sadly, never really was) “Daddys Farm” and Widowmakers (yes, as in “Dee Snider” – the comps a wee dated, natch) “Killing Time”. The gravely rasp of occasional Ace Frehley compatriot Richie Scarlet makes fine work of “Too Much Heroin”. “Uh-Oh” from The Zeros is the comps cleverest and most moronic track rolled into one, successfully (and frightfully) hybridizing Nirvanas “Smells Like Team Spirit” with The Whos “The Kids Are Alright” for a song thats… well… memorable, at least…”
“Splitting Hares” is a PETA [awareness] comp featuring a whole slew of glam metal bands. Never mind that they’re all wearing leather. That leather was already dead when they wiggled it on. This ones for all the dogs and cats and ducks and monkeys that haven’t been shaved, beaten, and mutilated yet. Its a good cause, and a bitchin’ record, with tracks by Dee Sniders Widowmaker, Enuff Z’Nuff and more…” — SleazeGrinder 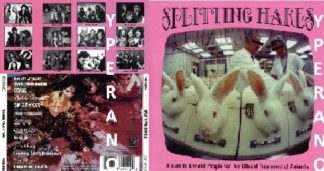