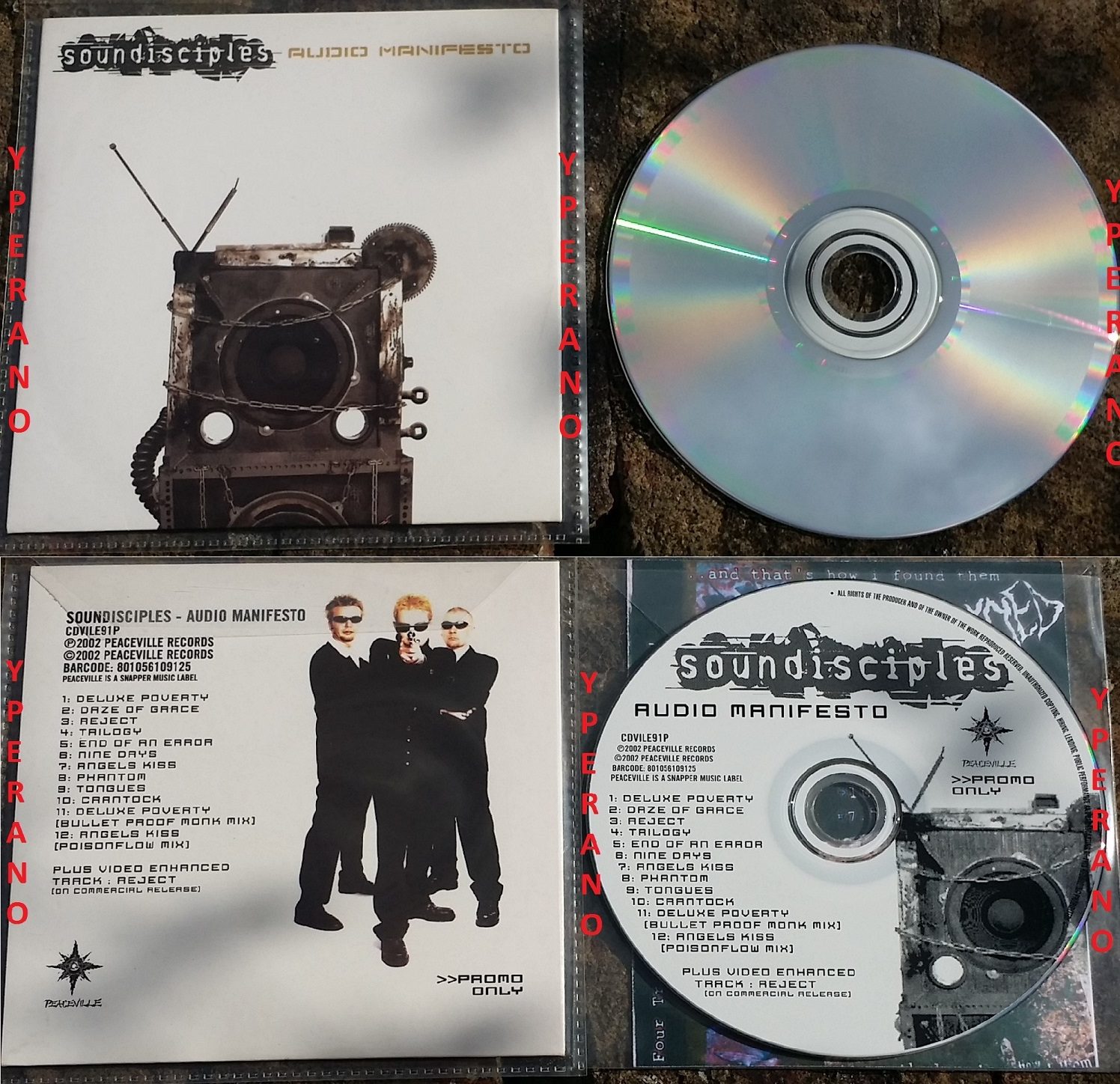 5.0 out of 5 stars Different….,
“Audio Manifesto” has a lot more of a softer edge than “Undefined”, I think it is a worthy successor. What band could or would want to write the same sorts of songs over and over? Bands continually want to try and test their limits and try new things, at least the good ones do….recycling the same formula would only get boring in the long run.

This is only my opinion of course:) I just wanted to extend some praises for this album too and represent the other side of the scale, as someone above this comment feels very differently about this album than me:)

5.0 out of 5 stars A Change of Style….,
Second albums are always tricky. The fans want more of the same, the press are waiting for you to deliver something inferior to your last work so they can rip you apart.
However, Soundisciples have done something extreme. They have changed their style completely. Personally, I think this is a good thing. Their first album was a hybrid of gothic techno, that to my ears always sounded a little brash and too experimental. ‘Audio Manifesto’ is a different kettle of fish – the songs on this album are more mature, even catchy, and I think this album has a much broader appeal. I like the way nearly all the tracks sound like they belong to film soundtracks, a few even reminded me of bond themes, with their orchestral overtures and epic sounds. The two remixes are also interesting, as they experiment with different genres, namely Hip Hop & Drum & Bass.
I know fans of the first album aren’t going to like this as much as ‘Undefined’, and the sound on this album will remind you of other Bristol acts such as Portishead & Massive Attack, but to me it shows how much the band have moved on in the last 3 years, and their song-writing skills have developed ten-fold. Give it a chance, you might like what you hear

Bristol has long enjoyed a history of musical pioneers, people who aren’t afraid to do something for the sake of doing something. Massive Attack, Portishead and Tricky have been enlivened by being far enough removed from London’s cynicism, yet close enough to take the best of the new influences, leaving Londoners to fight amongst themselves for whatever shit remains. Soundisciples look set to continue this tradition (there must be something in the water).

The album boasts a bruising opening with ‘Deluxe Poverty’, before moving on to the sublime ‘Daze of Grace’, an atmospheric trip-hop track of rare quality. Punctuated by calls of “nothing, left so everything to gain”, the tune is one of the highlights of the album.

So too is ‘End of an Error’, a guitar-driven number that proves that Soundisciples are actually very talented. They’ve avoided the easy route of relying on heavily distorted guitars to make a point, and songs like this and ‘Nine Days’ display a confidence to experiment and re-invent musical genres.

Having said that, when they do use the heavy guitar sound they do it very well. Tracks such as ‘Tongues’, ‘Trilogy’ and ‘Deluxe Poverty’ will appease all those firmly entrenched in the nu-metal camp, (and probably even the souped-up, looped up ‘Reject’).

Indeed, the depth of variety of tracks on the album seems to reflect the emotional ups and downs that occurred during the albums production. Deaths and disease, births and break-ups, pain, murder and war can all be heard on Audio Manifesto, contributing to its appeal. From the industrial-beats hybrid displayed on ‘Crantock’, to the relatively chilled out musings on ‘Nine Days’, there are signs that this mutt could happily sit in any collection. And with guest musicians from Massive Attack and Reprazent helping out, and under the production of Rick Dowling of Portishead fame, Audio Manifesto has just the right amount of clout behind it.

The fusion of musical styles is hardly a new thing, nor is a hybrid of metal, hip-hop and punk with a touch of orchestration thrown in for good measure. Soundisciples seem to add a refreshing zeal to it though. Their dazzling new LP is a result of a band going into a studio in their own time and fucking around until they get what they want. Its almost an afterthought that they decide to put the fruits of their labour out for others to enjoy. What you get on Audio Manifesto has been done before, but probably not with this much enthusiasm.

RARELY has a bands name been as spot on as Soundisciples, who draw on distinct elements of virtually every scene you can think of.

We all know bands who wear their influences on their sleeves but in this case there are so many present that it never becomes boring & there is always a surprise around the corner.

Deluxe Poverty is ambient Marilyn Manson,Nine Daysis an awesome leftover from the cult. Elsewhere Senser, Killing Joke & even Massive Attack can all be heard contributing to the impressively diverse whole.

All the songs are A grade killers. 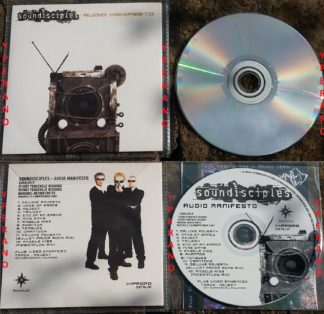