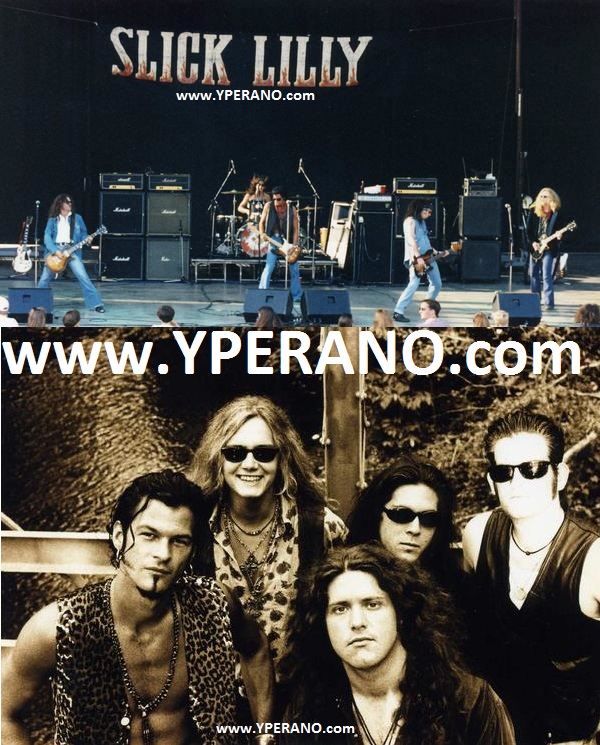 Hard rock like a cross between the ELECTRIC ANGELS, THE LOVELESS and JESSE STRANGE. Nothing spectacular, but, definitely worth having in your collection.

SLICK LILLY was a favorite on the college campuses and in the night clubs all around the SOUTHEAST of USA, and their following grew as the band toured the nation
with arena acts and legendary bands. Big breaks started happening for SLICK LILLY thru national radio airplay and sold -out crowds from Miami to Detroit.
SLICK LILLY “RITUALS” was the bands last recordings, recorded in Birmingham, Alabama and Nashville, TN with guitar legend WADDY WATCHEL producing
along with Kenny Greenberg and Wally Wilson in 1994.
SLICK LILLY was one of the hottest southern bands of the 90’s. Originally from Birmingham, Alabama, singer-songwriter Austin Hanks put these hard-working and hard rocking guys together after cutting their teeth on real-deal southern bands like Jason and the Scorchers and Drivin n Cryin, usually travelling thru Birmingham and playing the world- famous rock club THE NICK. From touring almost 300 dates a year with all the major acts in arenas, to touring clubs with hot indie bands that were soon to be huge. SLICK LILLY released 3 albums and an ep before their untimely break-up, and some of their choice cuts are featured on this disc of super-rare recordings. All SLICK LILLY recordings have been out of print and some are going for up to 700 dollars on ebay, so this is a perfect release for fans of this down and dirty blues rock band. ENJOY!

5.0 out of 5 stars Southern Rock lost classic!! Buy it
WOW I FORGOT HOW THESE SOUTHERN ROCK GUYS KICK BUTT. I liked it again when I bought it again on CD. I wish these guys had made another CD.
Buy it and enjoy…..
PS: I say its a cross between early rock Mellencamp meets 38/Special. add a taste of Black Crowes but heavier…Oh yes great vocals