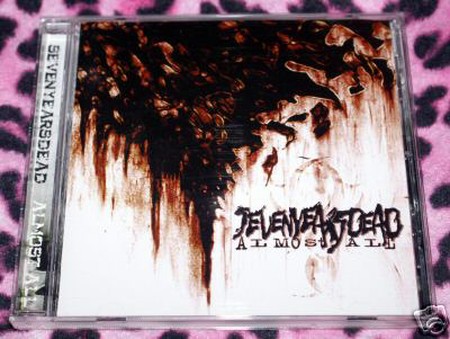 * Deathwatch
* Almost All
* Ill of the dead
* Juggernaut

‘…metal played as it was always meant to be…the music is all about gigantic riffs, shape shifting time changes, spiky guitar breaks and roaring hooks. It’s somewhere between the simple thrills of prime Skid Row and the more corrosive attitude laden abuse of Slipknot or Machine Head…’ – KKKK, Kerrang Magazine. ‘…Constantly catchy, tempting harmonies and driving riffs from one of the finest groove metal bands on the scene today…’ – Deathdoom Productions”

anything from 80’s-90’s rock and metal through to current music. Think Pantera, BLS, Slipknot, MachineHead with elements of Skid Row, Love /Hate etc and you’re probably along the right lines!! Unique, really

yes, those two are brothers 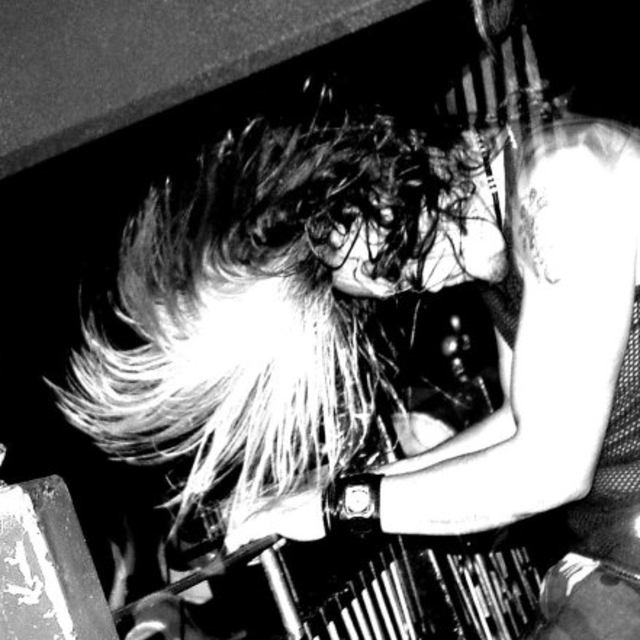 Hailing from Manchester and Warrington in the North West of England, sevenyearsdead originally formed in 2001, but it wasn’t until brothers Pete (guitar) and Jez (vocals) joined forces with drummer Dave, and G on bass, that SYD started making waves in the local and national metal scene. After 5 years, 3 EPs and hundreds of gigs across the country, Dave decided to pursue other career paths and amicably parted company with SYD in March 2006. SYD temporarily rehearsed and gigged with Kath, a superb drummer from Manchester, for about 5 months from May to October of 2006, and after an intense search, Nuno was found. He joined the band in October 2006. Originally from Portugal, he has been living in the UK for only a year or two. It seemed fate that he should join SYD, for instantly a tight, heavy as hell sound emerged, thanks to Nuno’s powerhouse drumming, with insane double bass and a rhythmic percussion reminiscent of the great Vinnie Paul.

Influences that include Pantera, Slipknot, Skid Row and Machine Head, have given each member of the band a desire to not only carry on a tradition of no-holds-barred metal, but to create blistering heavy-as-lead riffs coupled with emotive harmonies and powerful lyrics, that truly sets them apart from the majority of modern metal bands. Their dedication and hard-working attitude towards writing and performing their music give sevenyearsdead a truly original and refreshingly unique sound, which comes to the fore when they play live; an aggressive, professional show that is tight and well honed, full of dynamic and infectious energy.

All that can be said is that this is the band SYD have always wanted to be and after 5 months of serious and dedicated rehearsals, the writing for the debut album, ‘To the Ruin of All’ was finished and it was finally recorded in April 2007 and will be released on Casket Music in July / August 2007.

SYD can only go from strength to strength. The album makes huge leaps forward from their previous EPs, and showcases each member’s talent for constructing contemporary, original, yet catchy old-school heavy metal with heavy emphasis on vocal harmonies and melody.

The debut album called ‘To the Ruin of All’, has recently been recorded at Philia Studios in Henley-on-Thames, with Nick Hemingway as producer and will be released on Casket Music in July / August 2007. More details to follow! ..m/

The first, in 2001, was called ‘Every Kind of Agony’, and although an early recording, their strong sound was already emerging, and the songs remained a strong part of the set for a number of years.

The second, in 2003, entitled ‘postrendgeneration’, set the scene and settled the band into the writing and creative mindset that made postrendgeneration a favourite among sevenyearsdeads fans. It established sevenyearsdead as a force to be reckoned with among the unsigned metal scene and they gigged relentlessly across the country to promote the release.

The third EP was recorded at Parr St Studios in Liverpool in 2004, and is entitled ‘Almost All’. It contains 4 tracks; Deathwatch, Almost All, Ill of the Dead and Juggernaut. (all of which have been re-recorded for ‘To the Ruin of All’)

Angryculture.com called it ‘..four of the catchiest heavy metal tunes that are going to grace your stereo for quite a while.. and ..With catchy lyrics and repetitive powerful riffs, Almost All quite literally has it all..’

It showed a mature and even more professional side to the band, and the superior writing comes from the band growing and tightening as a unit in the 12 months since postrendgeneration was released. CDs sold well at every gig they played and together with t-shirts and other merchandise, the sevenyearsdead name and logo fast became a regular appearance at gigs across the country. They gigged hard again in 2004, highlights including several trips to play in London, and an appearance at the Bloodstock 2004 festival in September with such bands as Panic Cell, FourWayKill, Gutworm, and Children of Bodom.

A promo video for ‘Almost All’ was filmed in Nov 2005 by Dan Ackroyd at the Bristol Bierkeller. 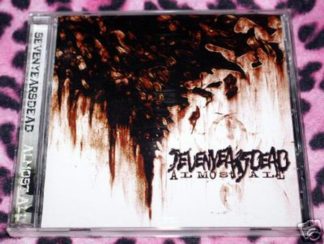