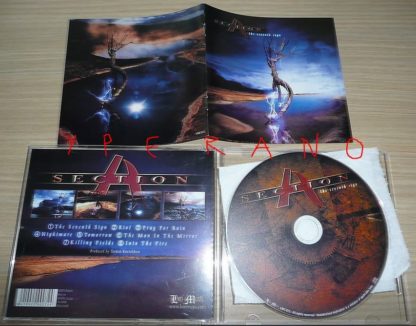 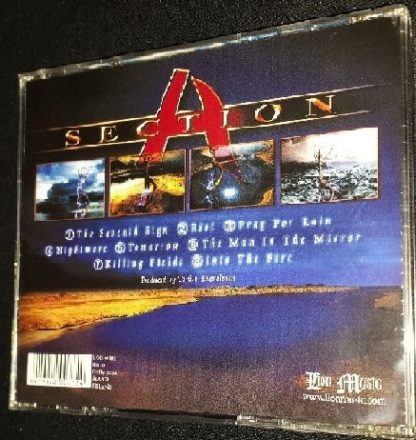 SECTION A: The Seventh Sign
Progressive metals new supergroup releases its debut album. Torben Enevoldsen, Andy Engberg (Lions Share), Andreas Lill (Vanden Plas),Derek Sherinian and Gunter Werno (Vanden Plas) The style of the music is a blend of very melodic hard rock and the more aggressive and complex prog metal. Apart from all the guitars, Torben Enevoldsen did the bass and basic keyboard playing for the album. To add some flavor, Enevoldsen decided to ask Derek Sherinian (Planet X) and Gunter Werno (Vanden Plas) to participate, doing a few keyboard solos. They both accepted and their performances were nothing short of breathtaking!

5.0 out of 5 stars Not just an all-star line-up!
Section A is Danish guitar virtuoso Torben Enevoldsens brainchild. He put this project together when he decided to take a break from releasing instrumental solo albums. I have never heard of Enevoldsen before; my main interest in Section A came from a review where I read that former [Beyond] Twilight vocalist Anders Engberg was the singer and the album was also going to feature two members from notable German prog metallers Vanden Plas. Gunter Werno is a great keyboard player and Andreas Lill is an awesome drummer.
Engberg and the Vanden Plas guys aren’t the only musicians on this project. Well known keyboardist Derek Sherinian from Alice Cooper, Dream Theater, Planet X, and Yngwie Malmsteen also appears on the CD providing some beautiful keyboard textures. There is, however, no bass player. Torben Enevoldsen, besides playing guitars and some keys, also lays down the bass. I think this project could use an independent bassist though, since the bass work is hardly audible on the entire CD. Enevoldsen is no doubt a great guitarist, he plays great guitar solos, uses a lot of sweep and alternate picking. Also drummer Andreas Lill is an absolutely excellent drummer (just check out his work on Vanden Plas’ Beyond Daylight). What you notice immediately on most of the CD is
1) Enevoldsens guitar playing: soloing and riffing,
2) Andy Engbergs amazing vocals, though he too seems to have restrained himself a bit. I know very well that he has a great range and can hit the high notes quite easily, and
3) the keyboard textures.
Vocalist Engberg sounds amazing on the title track, his killer scream right in the beginning is as impressive as always. However he doesn’t sing this way much after the first two songs. Most of the tracks are mid-tempo save the guitar solos, so they don’t really call for his high singing much either. I would prefer to hear his really proggy high-ranged singing more on this 57 minute album. Since this is the guitarists project, his playing and performance are central to the songwriting. Maybe he wanted to be a step ahead of the rest of the musicians. At least this is my understanding. It would be hard to keep up with a godly singer, two amazing keyboardists and a great drummer.

Anders and his friend Welen have written the lyrics, while Enevoldsen wrote the compositions. I am quite pleased with the lyrics on this CD. It seems like Anders had some cerebral statements to make. None of the lyrics on the album are similar to what you hear on most prog metal albums nowadays. For example the second song “Riot” deals with the corruption in politics, how some politicians control the media for their own good, how they harm democracy, etc. Musically the title track is the most progressive and open song of the album. It gives each member a certain amount of space to exhibit their talents. Opening with a well-orchestrated Latin intro, Engberg enters the song with one of his well known screams and is followed by the guitars. The keys enter adding a great atmosphere to the track, before the vocals start off. I really like the guitar and keyboard solo in the middle, which sounds like Sherinian to me.

“Pray for Rain” is the first ballad-like song on the CD and the album from this point on loses its tempo never to pick up again. Engberg decidedly remains within a certain range, and most of the songs evolve around Enevoldsens somewhat neo-classical guitar playing. Almost all the songs on this album have long fade out guitar solos performed by Torben. The fourth song “Nightmare” somehow reminds me of the victim in Evergreys concept album In Search of Truth. Its about an individual who is trying to maintain his existence in society despite all the negativites, though musically its a completely different entity. “Tomorrow” is the longest on the disc, almost 10 minutes in length, and it kicks off with a beautiful piano intro (Gunter Werno?) and builds up slowly where it gets to the point of some more guitar and keyboard solo trade-offs.

The rest of the album pretty much continues in the same vein, never branching out too far. So, this is a very easy album to listen to in the way that once you get the gist of Enevoldsens musical approach you know what you can expect from him. I do like it.
Fans of Dream Theater’s earlier work and Symphony X might like it, though this album is more straightforward than those bands’ works. Magnitude 9 is another band that comes to mind.

5.0 out of 5 stars A Killer progressive Metal album!!!
Guitarist from Denmark, Singer from Sweden, keyboards and drums from Germany. Some of the best musicians from Europe and the US combine to make an awesome album! Enevoldsen really does well on the guitar. The singer is very good as well. Derek Sherinian does some cool keyboard solos. Gunther Wurno from Vanden Plas also does some good keyboard work. The songs are written very well, and the production is very solid. If you like Dream Theater and Symphony X, Section A will surely please. They are not clones of DT or SYX. They are unique and should be appreciated! Highly recommended!

5.0 out of 5 stars Great CD
This was unexpected. I heard the CD on a sampler in a store and bought it right away: its very good music. Although most of the album is mid-tempo or slow, the musicians really shine. Fans of Symphony X will like it. 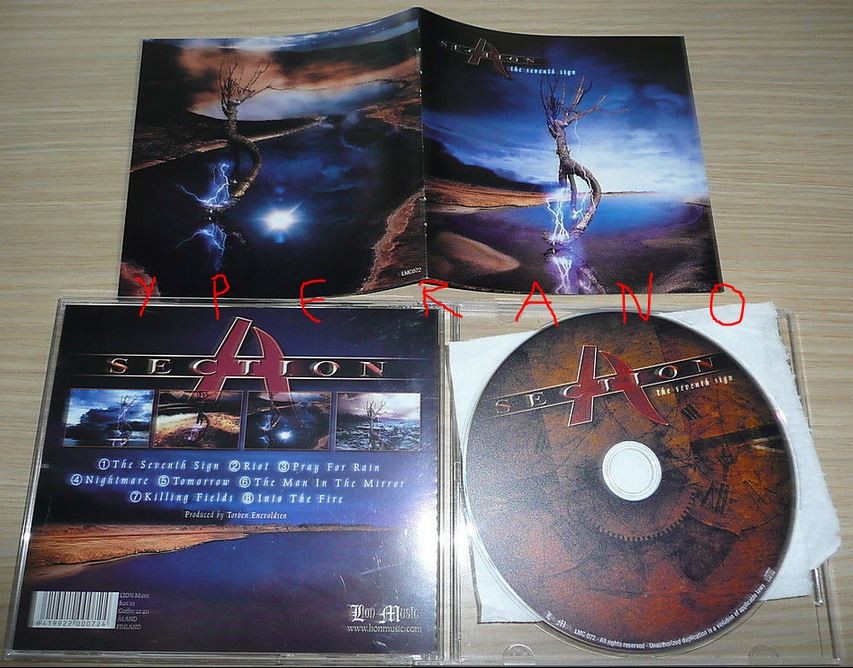 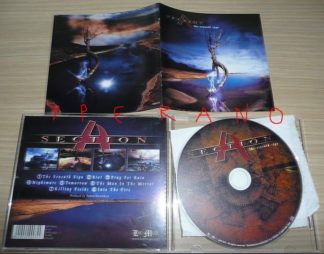