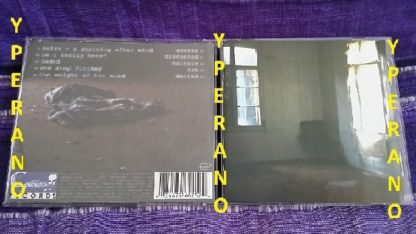 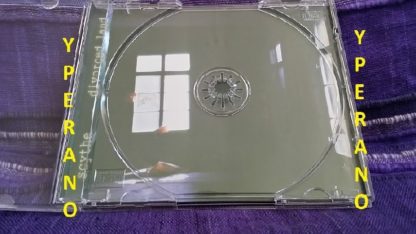 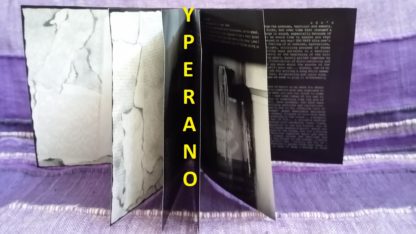 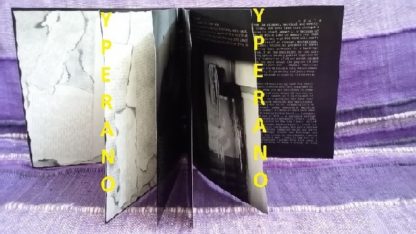 Their music is complex symphonic progressive rock with some reminiscences to GENESIS, KING CRIMSON, MARILLION and YES. You’ll probably have to hear this album for some time before you get into it. Everything is very good so a promising CD with solid musicianship and complex compositions; you’ll find a diamond in the rough. One of the better releases from Germany in a long time.
This is a concept album about the miseries of lost love and broken families. The band’s style is rooted on the modern symphonic approach that is usually called neo-prog, refashioned with the combined influences of 75-76 VdGG (dense emotiveness), Novalis and Eloy (harsh guitar parts, lush keyboard layers), and Gabriel-era Genesis (melodic sensitivity). In many ways, I find their style parallel to those of Dagmahr and Discipline (other fave contemporary prog acts of mine). Guitarist Thielen’s performance on lead voice helps to convey the emotional restraint described in the lyrics: his hoarse timber which locates him somewhere between “”Still Life””-era Hammill and a somewhat high-pitched Fish allows him to vocally incarnate the inherent tension of the concept theme. The opening Outro is both majestic and sombre, announcing the manifesto of melancholy and hopeless passion that fills the repertoire. The dramatic Am I Really Here?, the sophisticated Weight of the Wind (the most complex number in the repertoire, which includes frenzy touches of jazz fusion), and the epics One Step Further and Denied (great closure!) are quite accomplished examples of the band’s penchant for writing and arranging long compositions with convincing inventiveness and exquisite musical taste. Gehrards and Thielen complement each other perfectly, allowing their keyboard and guitar parts interact very fluidly, at times alternating or duelling in solos, but mostly, creating emotionally rich ambiences that properly enhance the melodic potential of the composed ideas. Meanwhile bassist Roden and drummer Walter work effectively as a solid rhythm section that flows confidently all throughout the tempo and mood shifts. The other not so long epic are remarkable, as well: Discussed exhibits some of the most sombre passages in the album, while Run follows in a similar vein than The Weight of the Wind, even a bit jazzier. Here you can also find some pleasant, brief interludes that allow the listener to focus on some simple ideas in between the demanding, more complex long tracks: Faded is a drum and bass duet built somewhere between jazz and post- rock; Access is a melancholy nocturne, in which the dominant piano chord progressions are beautifully complemented by a distant mellotron chorus; Naivety returns to the jazz-meets-post-rock realm, this time with Thielen’s guitar assuming the leading role.

Produced by T. Thielen & U. Gerhards.

Prologue. “”Divorced Land”” is the debut album by Scythe and the fourth release of “”Galileo Records””. By the way, Scythe’s vocalist and guitarist Thomas Thielen (under the pseudonym of T) has already released his first solo album “”Naive”” as well. To read the review of this album, click here.

The Album. I have read a few reviews of Scythe’s debut album before listening to it myself. Throughout most of the reviews this band has been compared to Marillion. These ears, however, haven’t found the influences of Neo Heroes on “”Divorced Land””. Furthermore, this album is more complex than any Marillion albums with the exception of “”Brave””. In fact, early Genesis influences can be heard from Scythe. However, unlike many other bands, Scythe are positively influenced by Genesis. To be precise, they’re influenced by the legacy of this great band. Most of the compositional and all of the performing constituents of Scythe’s music can’t be compared to those of Genesis. There are no solos in the manner of Tony Banks and / or Steve Hackett or Peter Gabriel-like vocals on “”Divorced Land””. Only the Spirit of Legend is obvious on this album. Their music is on the whole as wonderful as the best works of Symphonic Art-Rock in the heyday of the genre. There are six long songs and four short instrumentals on the album. However, the opening instrumental A Striving After Wind can be regarded as the intro to Am I Really Here. It is because the real intro of this song is nothing else but the logical continuation of the last theme of A Striving After Wind. (Actually, there is no pause between these tracks.) Two other instrumentals, – Access and Naivety (tracks 6 & 8), – are the real symphonic pieces, both of which were performed without drums. The first of them consists of interesting interplay between passages of piano and synthesizer, and solos of bass guitar. The second one features the joint sound of semi-acoustic guitar and various pedal-effects (such as Delay, Chorus, etc), as well as very effective interplay between passages of a few keyboards, including organ, and fluid solos of electric guitar. So, with the exception of Faded (track 3), which is kind of a “”piece for bass and drums””, the album was created within the framework of a unified stylistics. It is time to describe the main contents of the album that are presented on the seven remaining tracks (including the opening one, of course). These are: A Striving After Wind, Am I Really Here, One Step Further, The Weight of the Wind, Discussed, Run, and Denied (tracks 1, 2, 4, 5, 7, 9, & 10). Taken together, they last almost 70 minutes, which is equal to the average statistical double album of the pre-CD era. It is difficult to choose the winners among them, though both of the long epic songs, – One Step Further and Denied, – seem to be a bit more intriguing than the others. (As their arrangements are more large-scaled.) Stylistically, all of these seven songs represent a truly Classic Symphonic Art-Rock, which, on the whole, is rather original both instrumentally and vocally. (I think it is good that I wrote the review of the debut album by T yesterday.) First off, I’d like to mention that, unlike Genesis, Scythe don’t use an acoustic guitar, though there are the passages of semi-acoustic guitar on this album. Here and there, they are heard on all of the songs on the album, while the album’s opener is the only track here, in the arrangements of which they play a significant role. By the way, Mellotron and organ appear only from time to time as well. Finally, the ‘guest’ solos of flute are featured only on Run (track 9). Apart from the rhythm-section, the main ‘structures’ of the arrangements on this album are: the passages of acoustic and electric pianos, solos and chords of various synthesizers, heavy riffs and fluid solos of electric guitar, and vocals, of course. The absolute majority of instrumental arrangements on the album are filled with seemingly endless, tonal and atonal, interplay between various soloing instruments, kaleidoscopic changes of tempos and mood, complex time signatures, and all of the other essential progressive ingredients. The vocals are also diverse and rich in various emotions, though overall, the vocal palette on this album is less dramatic than that in the works of Genesis and especially Marillion. Finally, it needs to be said that all of the Scythe members are

Summary. “”Divorced Land”” is more than merely an impressive debut and, undoubtedly, this is one of the best Symphonic Progressive Rock albums of 2001. As well as Marillion, Xitizen Cain, Ezra Winston, IQ, Cast, Metaphor, to name a few, Scythe are the true followers of Genesis and their golden legacy. Certainly, this album comes highly recommended to thousands of those who know who they are, and what they like. 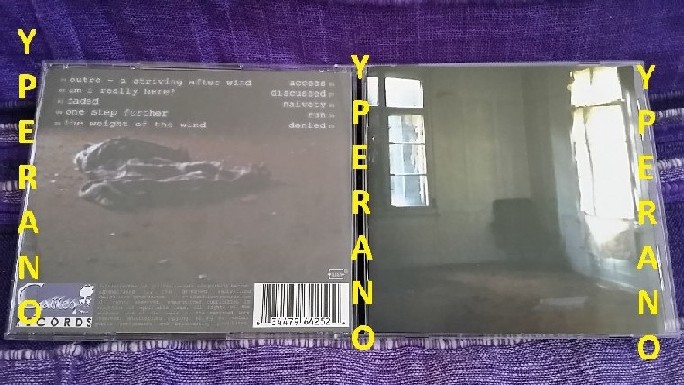 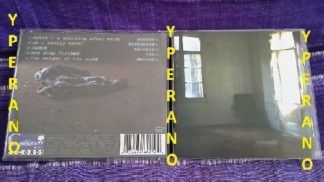