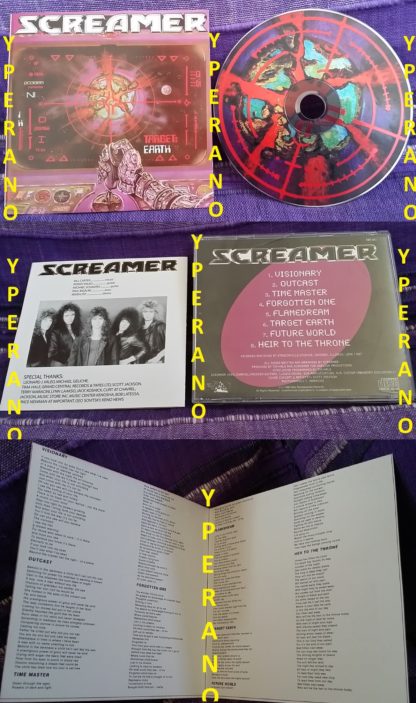 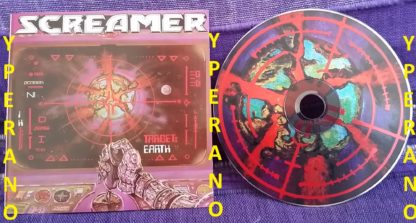 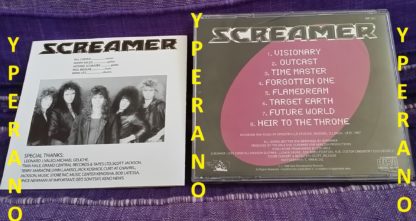 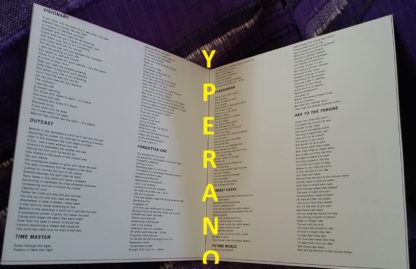 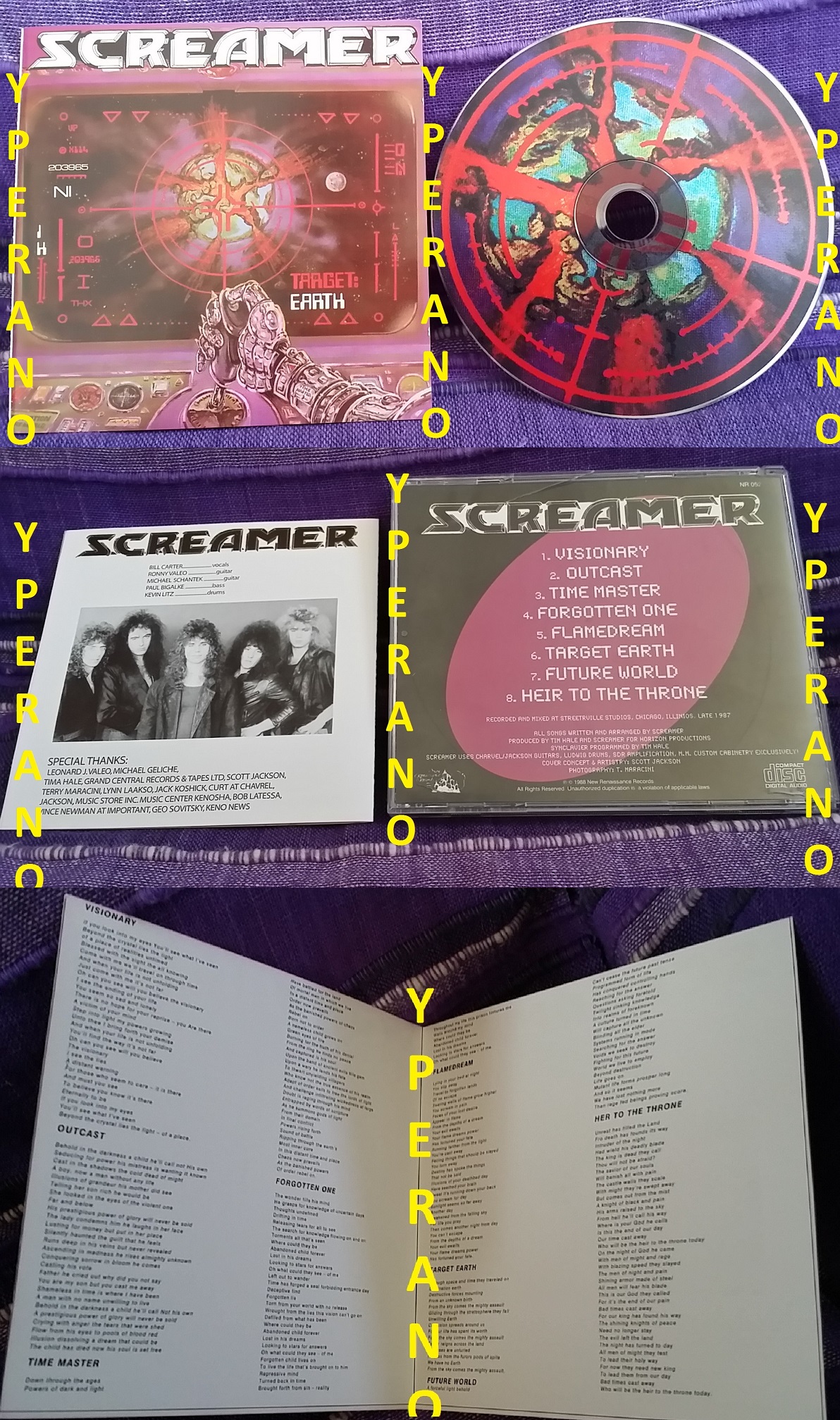 Target: Earth is one of those albums that makes you glad you spent the time to search the underground for good quality metal. Screamer play a dark, melodic style of metal, not unlike bands such as Crimson Glory, early Queensryche, and early Fates Warning.
The vocalist has a great, soaring vocal style that seems to float above the rest of the music. He sings very well-crafted melodies, some of them I find to be downright beautiful in how expressive they are (particularly the chorus to the opening track, “”Visionary””). His style could be most closely compared to John Arch, Geoff Tate, and perhaps Geddy Lee for a somewhat nasal/strained vocal quality.

The rhythm guitars mainly play very melodic chord progressions and harmonies. Very nice dual guitar runs abound throughout the album. Pretty much all the riffing throughout the album is in the same style, that is to say, there aren’t any ballads popping up or death metal riffs anywhere. The solos show quite a bit of flash and remind me a tad of the soloists for King Diamond. The drummer really blows me away on this album. He plays some really awesome patterns and great fills in a style somewhat like Scott Rockenfield (Queensryche) or Neil Peart. I think he may have some timing issues here and there but overall, I love what he is doing.
“”Target: Earth”” has done well and I consider this album to be a gem of underground metal.

Target Earth was Screamer debut and only album. Released in 1988, during an era when black-vinyl LPs were being recalled from the market and when thrash and grunge-metal were taking over the market, this album was largely ignored by critics. Some dismissed the band as being a “Queensryche wanna-be” — even though Wisconsin Screamer had been together longer than Queensryche. Only one pressing of CDs were ever made in 1988 with most going to the (unappreciative) press and radio.  Buy this if you love great guitars, vocals, drumming, bass, and on and on…

This album is highly recommended if you’re into Queensryche style of playing with tons of chorus on the guitar. Andy LaRocque of King Diamond would have the same tone for those of you who never heard these metal masters. 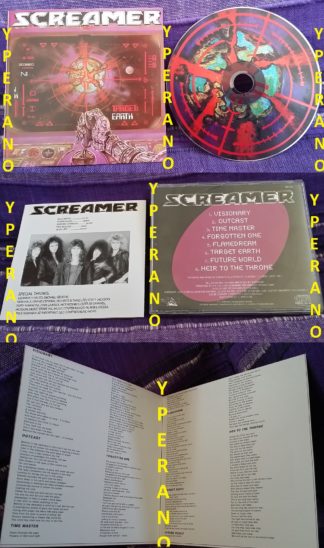