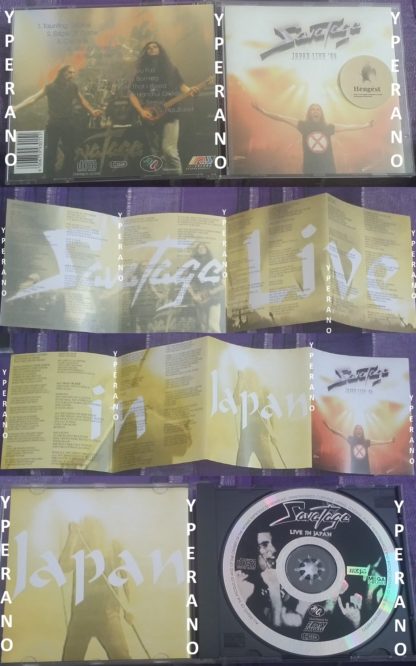 Japan Live ’94 a live album that was recorded by Savatage. The show that was recorded for the release was held in Kawasaki, Kanagawa, Japan on November 12, 1994 and was the last show on the short Handful of Rain tour.

The release also has two covers. One featuring both Johnny Lee Middleton and Zachary Stevens (Live in Japan), whilst the other features Zak Stevens on his own (Japan ‘Live 94).
The show is noted for featuring Jon Oliva in a prominent role, his first since “leaving” the band in 1992. Jon has an extended piano intro on “Gutter Ballet” and shares lead vocals with Stevens, making it his first performance as a lead vocalist with the band for 2 years. Oliva also performs rhythm guitar for “Hall of the Mountain King”.

5.0 out of 5 stars Killer Live Album!,
I’m normally not big on live albums, but I have to admit, Savatage’s Live in Japan hooked me from start to finish! If you like the albums Handful of Rain and Edge of Thorns, then you can’t go wrong with this live set! Alex Skolnick, ex-Testament, stands in the place of Chris Oliva for the lead guitar slot, and he earned my respect after listening to this. I use to be a big Testament fan in the 80s, but that style of music must have held him back some, because Mr. Skolnick really shines on this live album. So, if you are like me, and can’t wait to see Savatage live, this is the next best thing.

5.0 out of 5 stars Zach Stevens era live blitz,
As an adjunct to the Jon Oliva sung live collection `Ghost in the Ruins’ this album is an interesting proposition. Its also a good album taken in isolation. Recorded on the 1994 tour for the Handful of Rain album with Alex Skolnick substituting for the deceased Criss Oliva, as he had done on Handful of Rain.

Kicking off with the barnstorming Taunting Cobras from the Handful of Rain set the band (and therefore album) quickly locks into a full blooded groove launching as it does into Edge of Thorns and a truncated Chance (sans the preschool vocal melodies of the studio original). The power of Zach Stevens’ throat is flexed fully on numbers such as Nothin’ Going On and He Carves His Stone before proceedings change feel for Jesus Saves, one of the more salvageable moments off the reviled Streets: A Rock Opera album. The mid section of the concert then moves into slightly slower but still very classy metal territory with the Watching You Fall and Castles Burning both acquitting themselves well. The band sound particularly on which is interesting given the personnel shuffling that had gone on shortly prior to this tour.

As the live set develops we get quality versions of the introspective All That I Bleed and then things pick up towards the end with Handful of Rain, Sirens and Gutter Ballet. During this live set former vocalist Jon Oliva does some guest vocals and twinkles the ivories and the production captures the live ambience of proceedings well by allowing the songs to breath. While unaccredited on my copy, I’m guessing that the bands usual producer Paul O’Neill is responsible for the knob job.

For the newcomer to the band this probably isn’t a bad disc to snap up, but my guess is this is mainly an album for the established fan who wants to hear this excellent metal band cherry pick its way through a bunch of mostly latter day Savatage tunes in front of a very appreciative Japanese audience.

5.0 out of 5 stars A very good “Live” album!,
This album captures Savatage at its best w/o Chris Oliva. From start to finish the album will not disappoint. Tracks like Jesus Saves, Sirens, Chance and All that I bleed, the album kicks into high gear from the start. 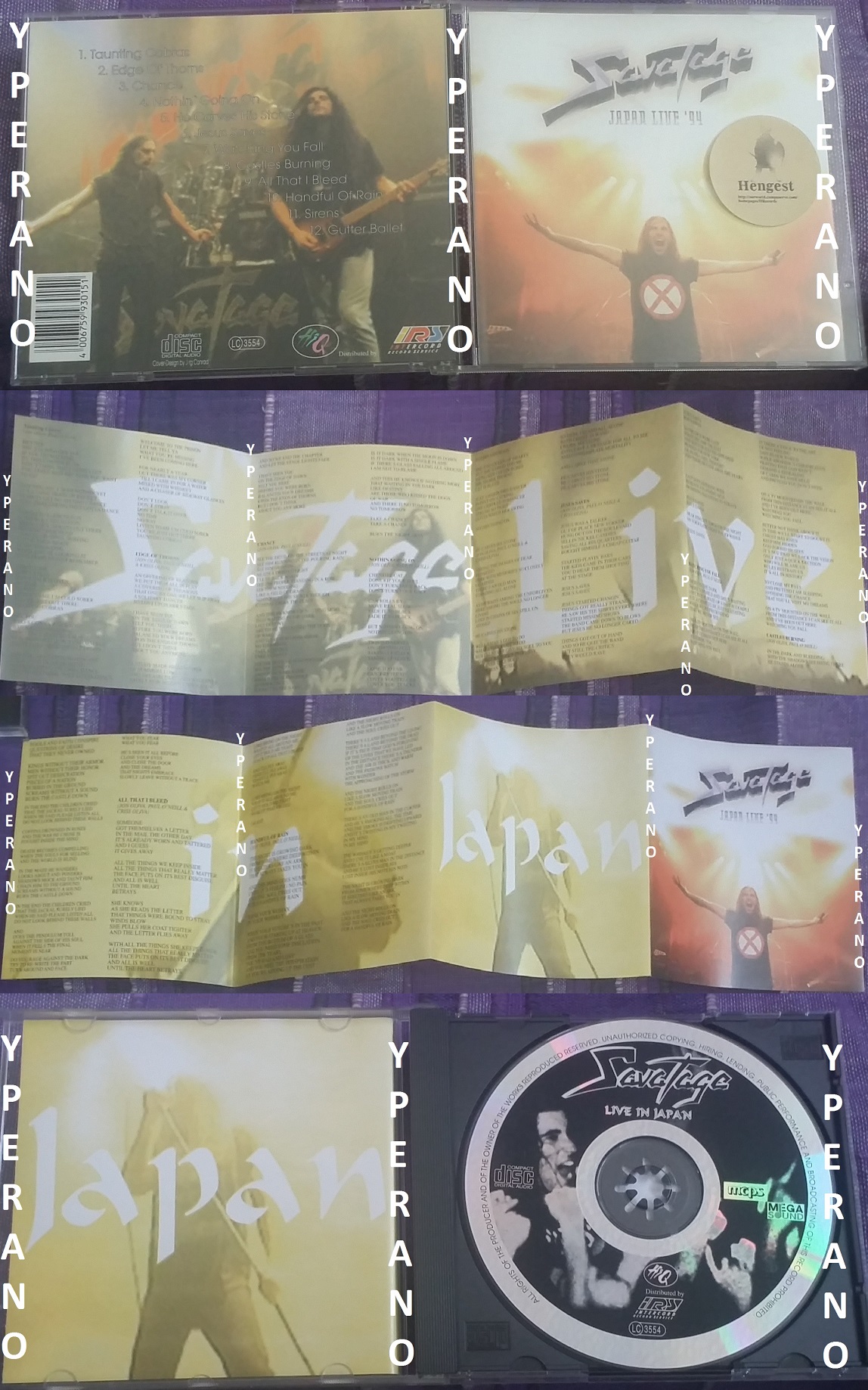 One of my favourite bands ever, released in 1994 a live album called simply Japan Live’94 [Kawasaki, Japan].  Obviously Savatage has a very big fan base in Japan, one of the most important markets of music in the world, so was clear that the music was well received both by the public and critics from this country. This is a great album with pieces from all the periods of Savatage. So the majority of the pieces are from Handful of rain, the best from this album here is Chance. Some other great tunes that sound very good live are Gutter ballet and Jesus saves.  All That I Bleed was dedicated to Chris Oliva’s memory – simply superb – Zachary Stevens has a super voice that fits very well in this kind of music. This is the first album where we see Jeff Plate on drums. The guitar of Alex Skolnick truly shines on every piece, not a weak moment here. HIGHLY recommended, with great sound! 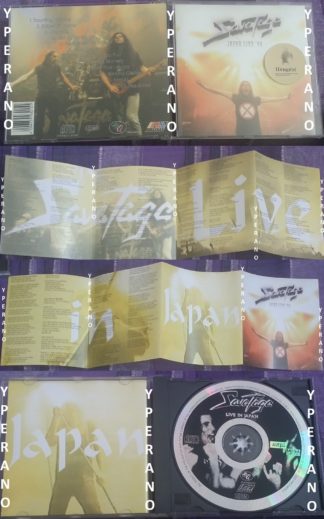