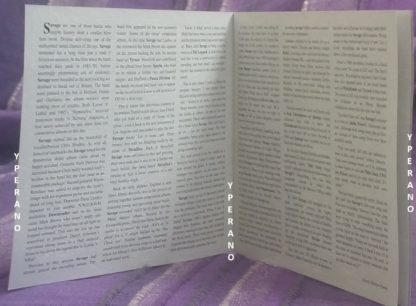 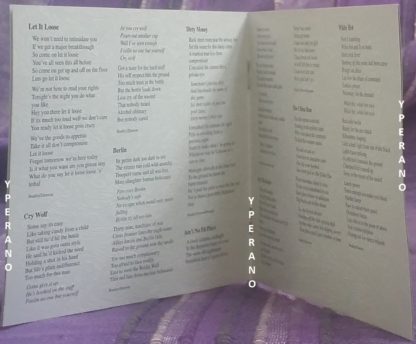 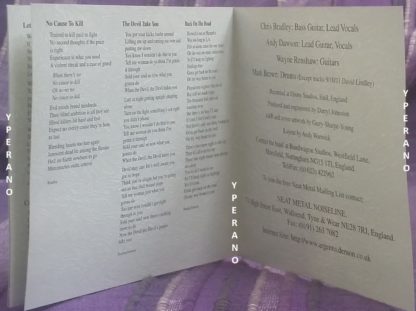 Classics like Let it Loose (a song that Metallica used to cover regularly during their early years (up until the release of their second album) and the 3 bonus tracks that are included on this CD that come from rare / unreleased demos that the band has recorded in 1980.

This album fully captures the sound and feel of early 1980 New Wave Of British Heavy Metal (NWOBHM). The guitars are some of the most powerful to come from this scene, with only Iron Maiden and Saxon being of a higher octane level. Chris Bradley vocals are spot on and his bass playing is right up their with Algy from TANK; THUNDEROUS! The first 8 tracks were done with drummer Mark Brown, who was a bit more pop influenced, and this is the only area that SAVAGE appear to be lax (definitely not weak though). Dave Lindley hit the skins for the last 3 tracks and is much more NWOBHM oriented.
There ain’t a bad track on this disc, and if you don’t find yourself fully enthralled by tracks like “”White Hot”” and “”Ain’t No Fit Place””, you need to take off your leather jacket and find another genre.
“”Loose ‘N Lethal”” is a quintessential part of any NWOBHM Collection and I advise strongly that any Metal Fan that is into this era of Metal purchase this disc immediately. 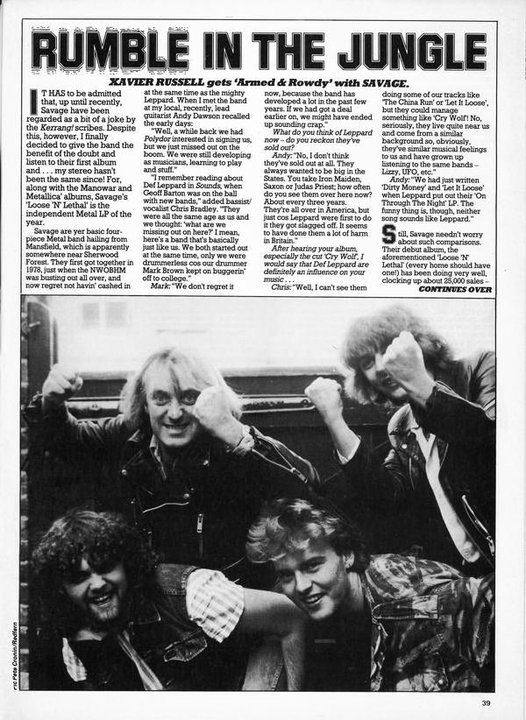 Savage were one of the band ‘most-likely-to’ from the NWOBHM and with the 1983 release of their debut ‘Loose N’ Lethal’ they staked their claim in a major fashion. To this day, ‘Loose N’ Lethal’ remains a colossal achievement.

This album is an excellent example of the kind of rough heavy metal that came out of the UK in the early 80s. Here you will find classic tracks, such as This aint no fit place (with a riff to die for) and Let it loose. You will also find songs that other, now famous, bands have made covers of. In the beginning Metallica used to play songs from this album live. Included are also old demos the band made when the member were in their teens. Very cool, very powerful headbanging friendly music. One of the best albums of the ’80s.

this almost goes into Ample Destruction territory with the amount of sheer fucking balls-out ass it kicks… the vocal performance is over-the-top, the riffs vicious, and we get one particular corner-case of NWOBHM. Venom were more unpolished and heavier, but even they were never this fucking slashing and brutal.

We’ve probably all heard Let it Loose, because Metallica did a pretty tepid cover of it sometime in the late 1980s (early 1990s? I forget when they did the studio version, but it was part of their set as far back as 1982). Imagine that sort of speed-metal riff style, not that far removed from the first Running Wild or maybe even Rage to come later, but again, with that buzzsaw-fuck of a guitar tone that would make Exodus drool.

The rest of the album doesn’t quite get that fast again, but instead assaults you with midpaced power-metal number after power-metal number. The highlights are probably China Run and On the Rocks, though the first really heavy riff in Berlin is a real brick to the temple… imagine Green Manalishi, except someone threw a chainsaw into the batter before they baked the whole thing.

In general songwriting style, this isn’t all that unusual for NWOBHM, but it still is a few years ahead of its time… lots of single-note power-metal riffage, which would really only truly come about in such a consistent fashion in the German power sound of the mid-1980s. A lot of people think Running Wild, et al, were spawned from Venom, but this would probably be a closer comparison.

The CD re-release comes with a few demos from 1980-1981, which are conspicuously lacking the over-the-top destroyer sound, and are a few years behind in terms of songwriting too, sounding more like staple NWOBHM than the missing Helloween demo from 1983.