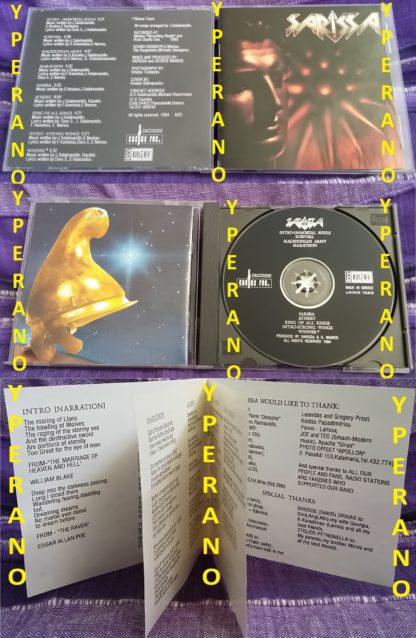 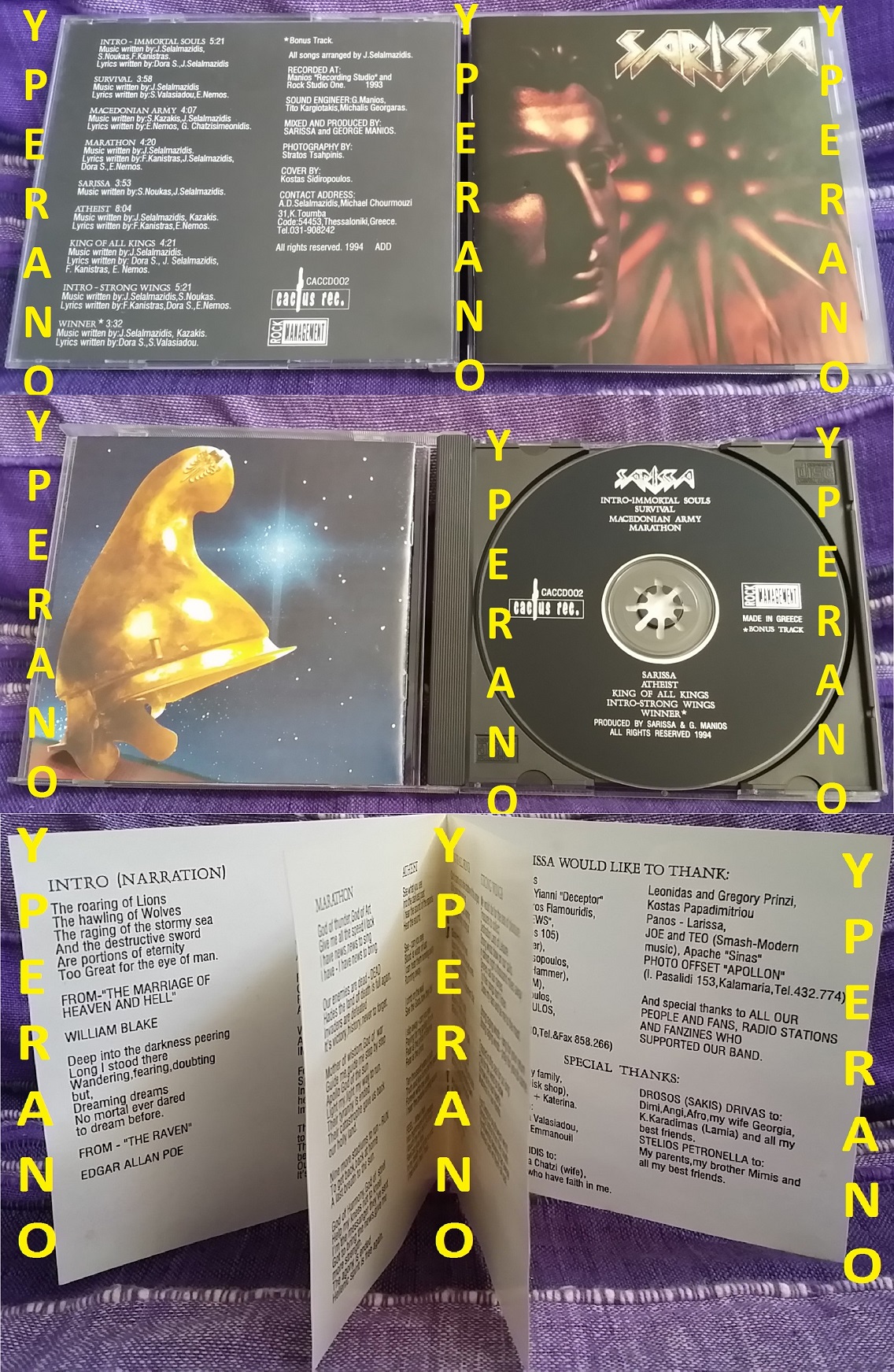 First original edition of cult Epic Metal album from a band that was hailed as a perfect hybrid of Warlord and old Manowar.

Includes hidden unreleased track “Before the Light” after the end of the last listed track. 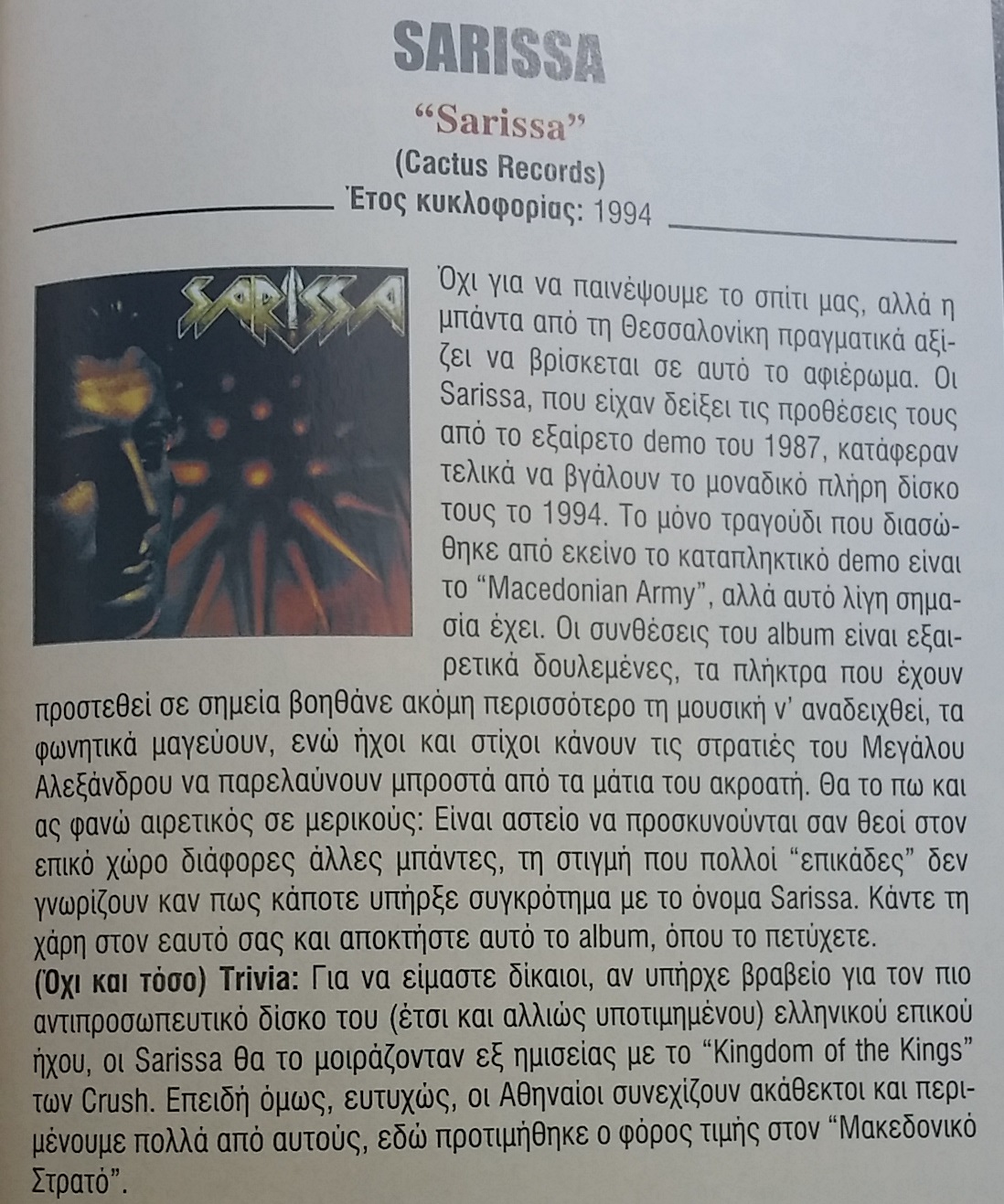 “Sarissa” was the name of the Spear of the Macedonian Greek army. It was always in front of Alexander’s The Great Army, scarring the enemies! They have said that the spear was very long and very effective against enemy attacks!  https://en.wikipedia.org/wiki/Sarissa

When Sarissa released their demo tape, the media and the fans that heard it, were surprised with its quality, so the underground metal movement in Greece was thinking of Sarissa as the new force in Heavy metal and they were all anxiously waiting for their album to arrive. 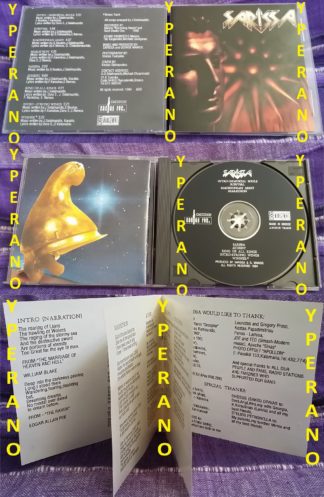