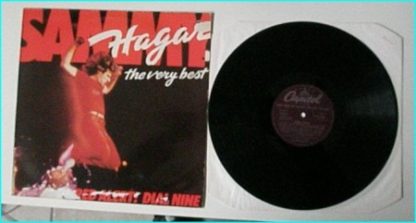 After a six-year stint with Capitol records, Sammy Hagar had not realized the commercial or artistic potential that fans of his early work with Montrose might have thought the singer capable of, so in the early ’80s, Hagar left Capitol and signed with Geffen, where he would attain his greatest success as a solo artist. Capitol, in turn, released many hits collections and live recordings around the time (and long after) the release of Hagar monster Geffen debut Standing Hampton. Red Alert, Dial Nine is one such offering, that is, basically a U.K. release featuring tracks pulled from Hagar prior Capitol recordings. Standout tracks include “”Red,”” from the musician eponymous second release; “”20th Century Man,”” from 1979 Danger Zone and “”Space Station No. 5,”” a Hagar-penned Montrose cut that appears on many live and best-of collections for “”the red rocker.”” This disc deserves consideration, as purchasing the entire catalogue of Capitol studio recordings could lead to real disappointment. 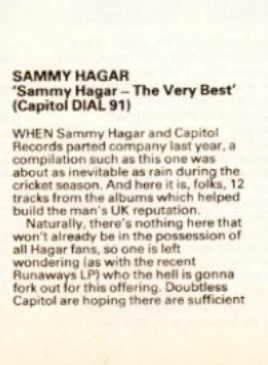 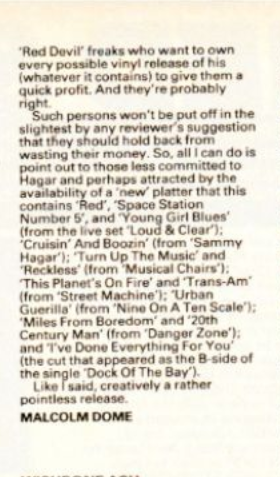 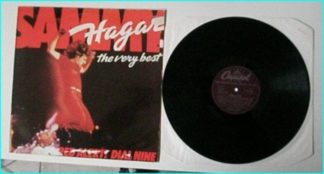