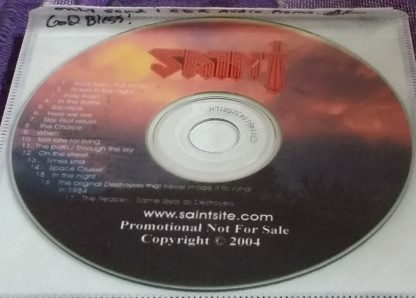 highly recommend this album for people who want a christian alternative to Judas Priest! They’ve been around since the early 80s

Originally released in 2004, this  is remastered.

2004 saw the reunion of vocalist Josh Kramer with Saint and what transpires is a trip. The band bring back their classic sound as if it hadn’t been a decade since their last release together. “In the Battle” really could have been the follow-up to “Too Late For Living” including a reprise of the classic “Star Pilot”. I suppose reviewers are going to slam this CD for being to “dated”. However, for those who enjoy the classic metal sounds of Saint of old should enjoy a trip down heavy metal highways. This is OLD SCHOOL HEAVY METAL: thumpin’ bass, crunchy E-chord chuggin’, ripping guitar solos, screamin’ vocals, 100% head-banging heavy metal. Josh Kramer’s vocals, while not quite as Halford-like as the old Saint classics, still sounds good and he does let out an occasional high pitched scream. For the most part he stays in a mid range, clean style that fits well the power chords and screamin’ guitar work. Melody was key factor in early Saint and is certainly a key factor here as well. Its noteworthy that several of these tracks give credit to former Saint guitarist Dee Harrington, however he is not listed as a part of the band or having had anything to do with the recording. With no attempt to update their sound, like on the abysmal “Perfect Life”, this is classic Saint doing what they do best. 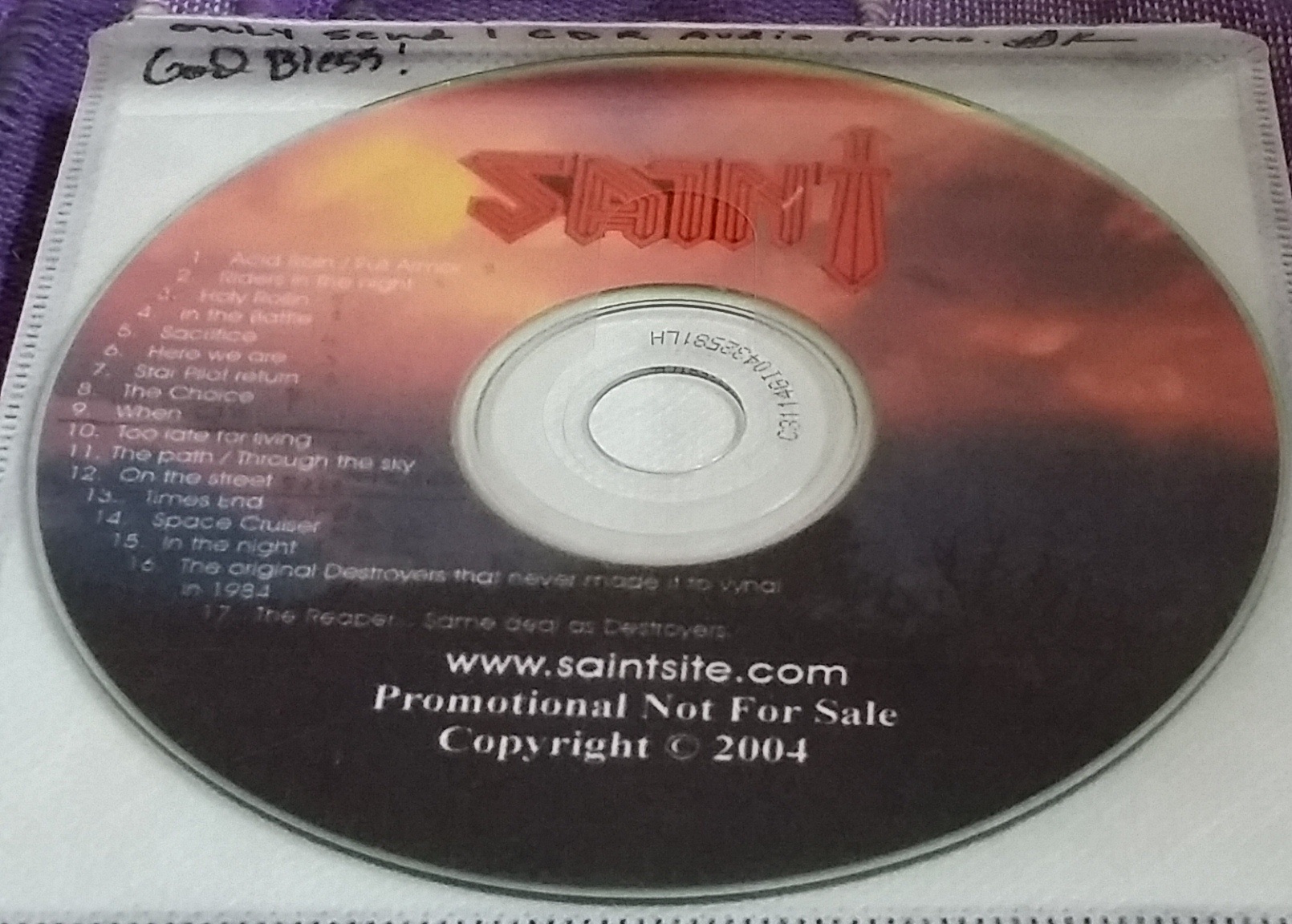 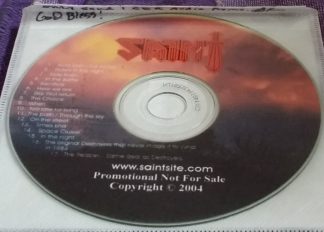