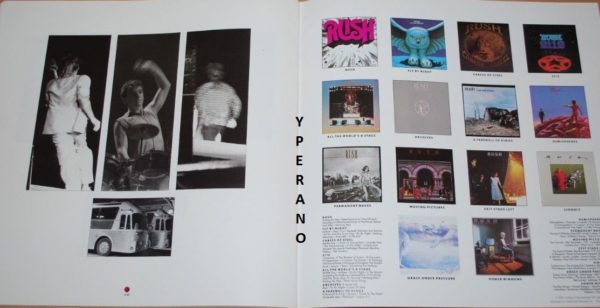 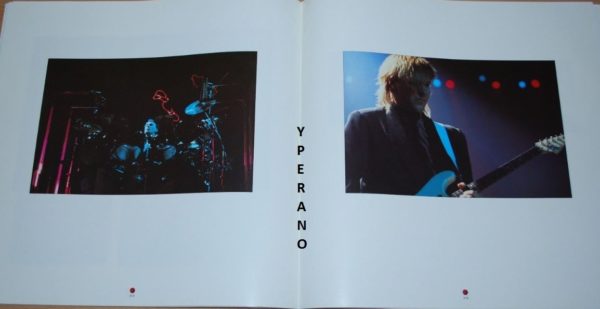 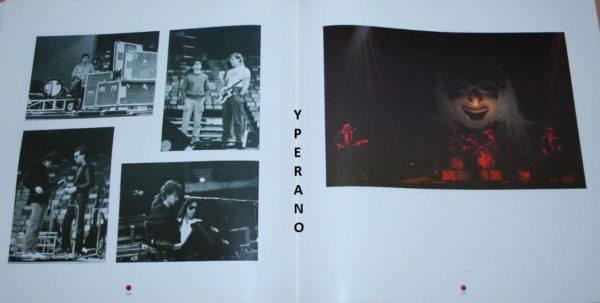 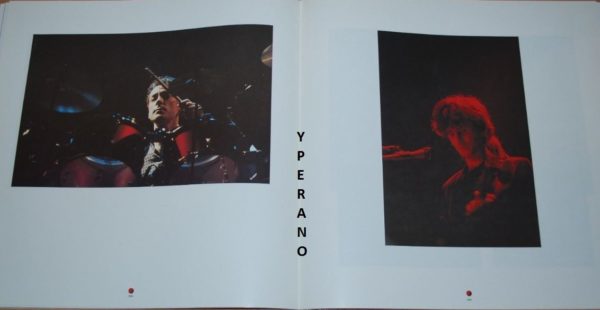 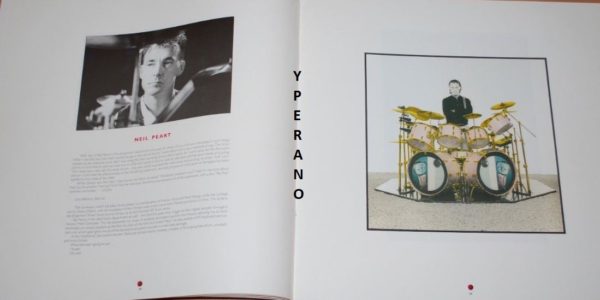 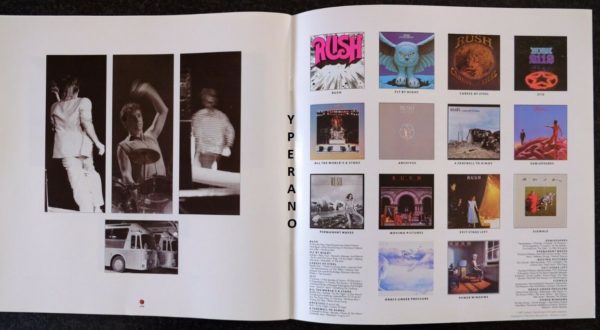 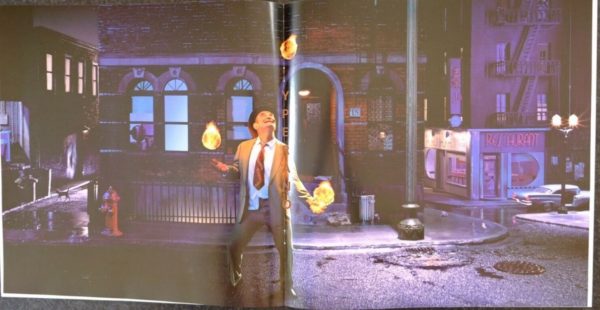 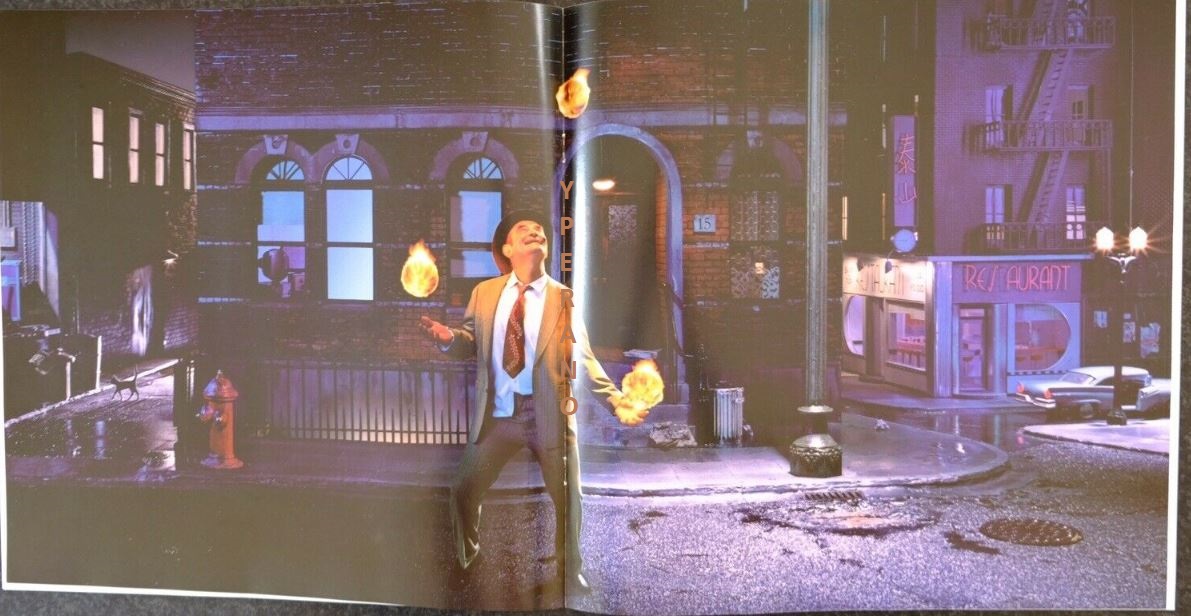 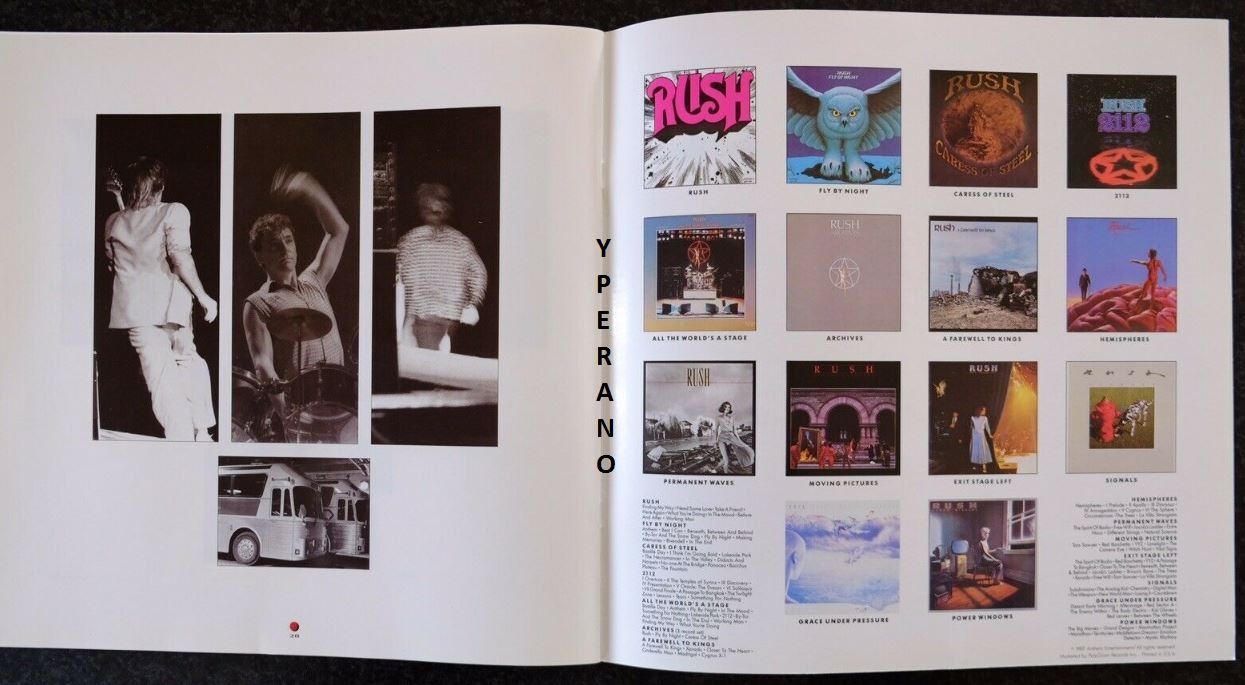 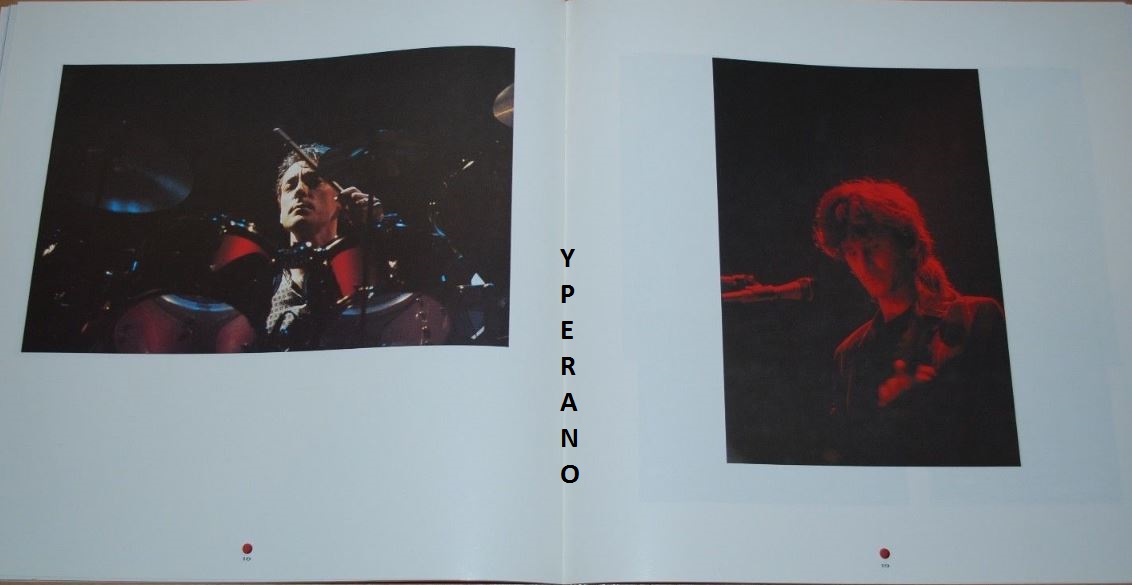 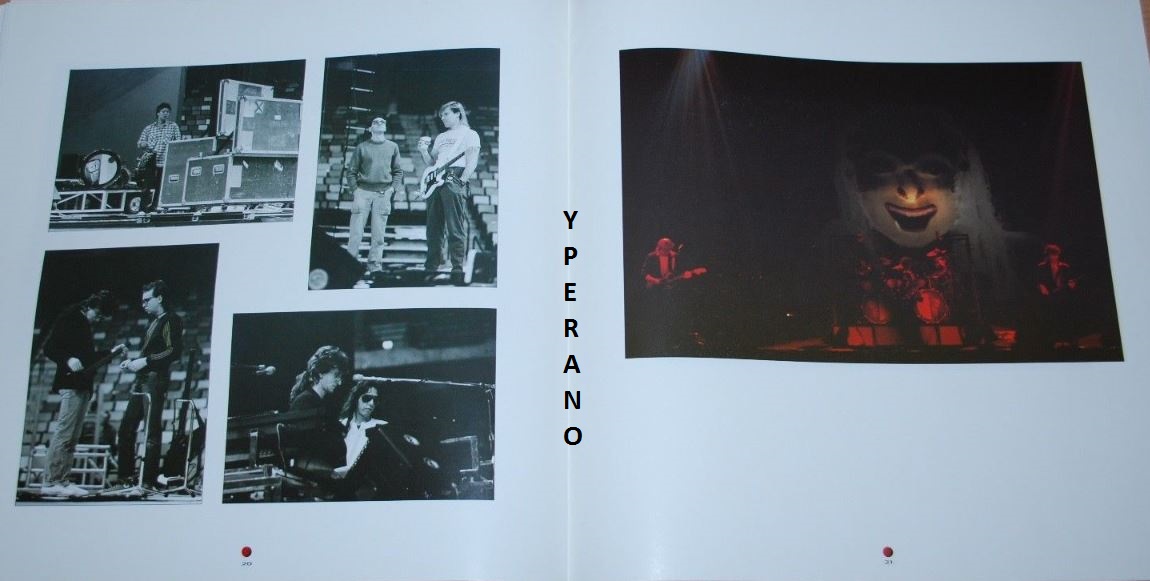 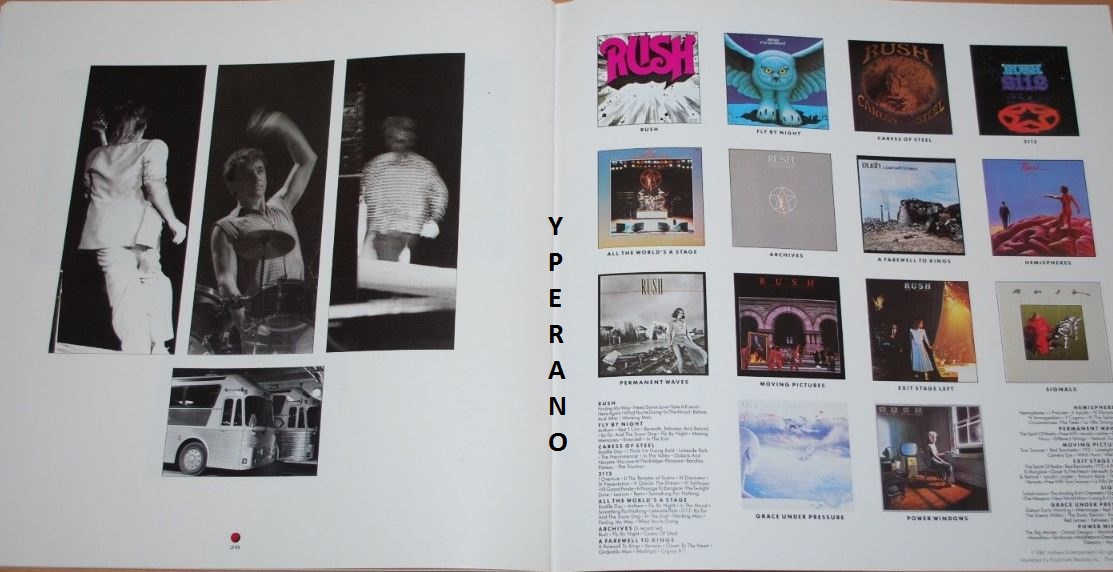 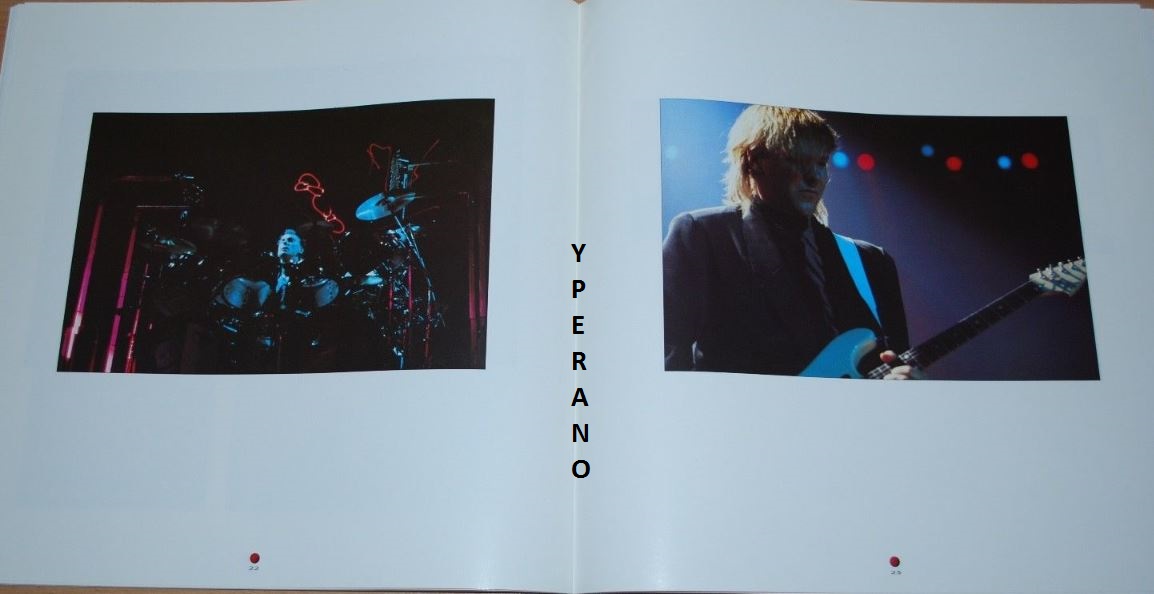 Rush Hold Your Fire Tracklist:
A1 Force Ten
A2 Time Stand Still
A3 Open Secrets
A4 Second Nature
A5 Prime Mover
B1 Lock And Key
B2 Mission
B3 Turn The Page
B4 Tai Shan
B5 High Water

Hold Your Fire is the 12th studio album by the Canadian rock band Rush, released in the fall of 1987. The album was recorded at The Manor Studio in Oxfordshire, Ridge Farm Studio in Surrey, Air Studios in Montserrat and at McClear Place in Toronto.
In terms of songwriting, Rush continued to explore new territory with Hold Your Fire. The song Tai Shan, for example, has significant Eastern influences, and is a reference to Mount Tai, in the Shandong province. ‘Til Tuesday bassist and vocalist Aimee Mann contributed the first vocals from an artist outside of Rush to “Time Stand Still” (she also appears in the Zbigniew Rybczynski-directed video for the song).
Hold Your Fire stalled at #13 (the first time a Rush studio album failed to reach the Top 10 since 1978s Hemispheres) and sold a million copies according to the bands then-international label Mercury Records (this is the bands last studio album for PolyGram before moving to Atlantic outside Canada). However, the American RIAA has the album listed at Gold.

“Force Ten” is a song written, produced and performed by Canadian rock band Rush, released as a promotional single  It was the last song written for the album. The song has been critically positively received, and peaked at number 3 on the Billboard Mainstream Rock Tracks chart. “Force Ten” was written in three hours on December 14, 1986, the last day of pre-production for Hold Your Fire. With nine songs already written, producer Peter Collins felt it was important to have one more song for the album. Pye Dubois, who previously worked with Rush on their song “Tom Sawyer“, had sent Neil Peart  some lyrics for the song, and Peart would add more verses to it.  Lyrically, the song describes the “storms of life,” making a reference to a very high level of the Beaufort scale (“force ten” is defined as a ‘storm’, being near the scale’s maximum of 12) as an analogy, according to the book Rush and Philosophy: Heart and Mind United.

Musically, “Force Ten” is composed in A minor, with changes into A major scale occurring in the song. The song is set in common time at a fast rock tempo. Peart has said that Geddy Lee and Alex Lifeson were “trying to explore some musical areas that we hadn’t covered yet,” when writing the music for the song. The opening is very atmospheric before the bass guitar starts playing, which Sputnikmusic said that it “picks up the pace.” Lee performed bass chords in the song, inspired to do so by his friend Jeff Berlin. The song was described by The Cavalier Daily as “intense”