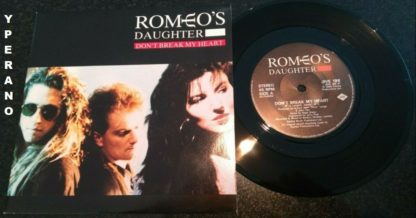 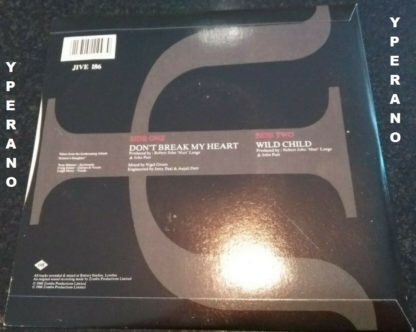 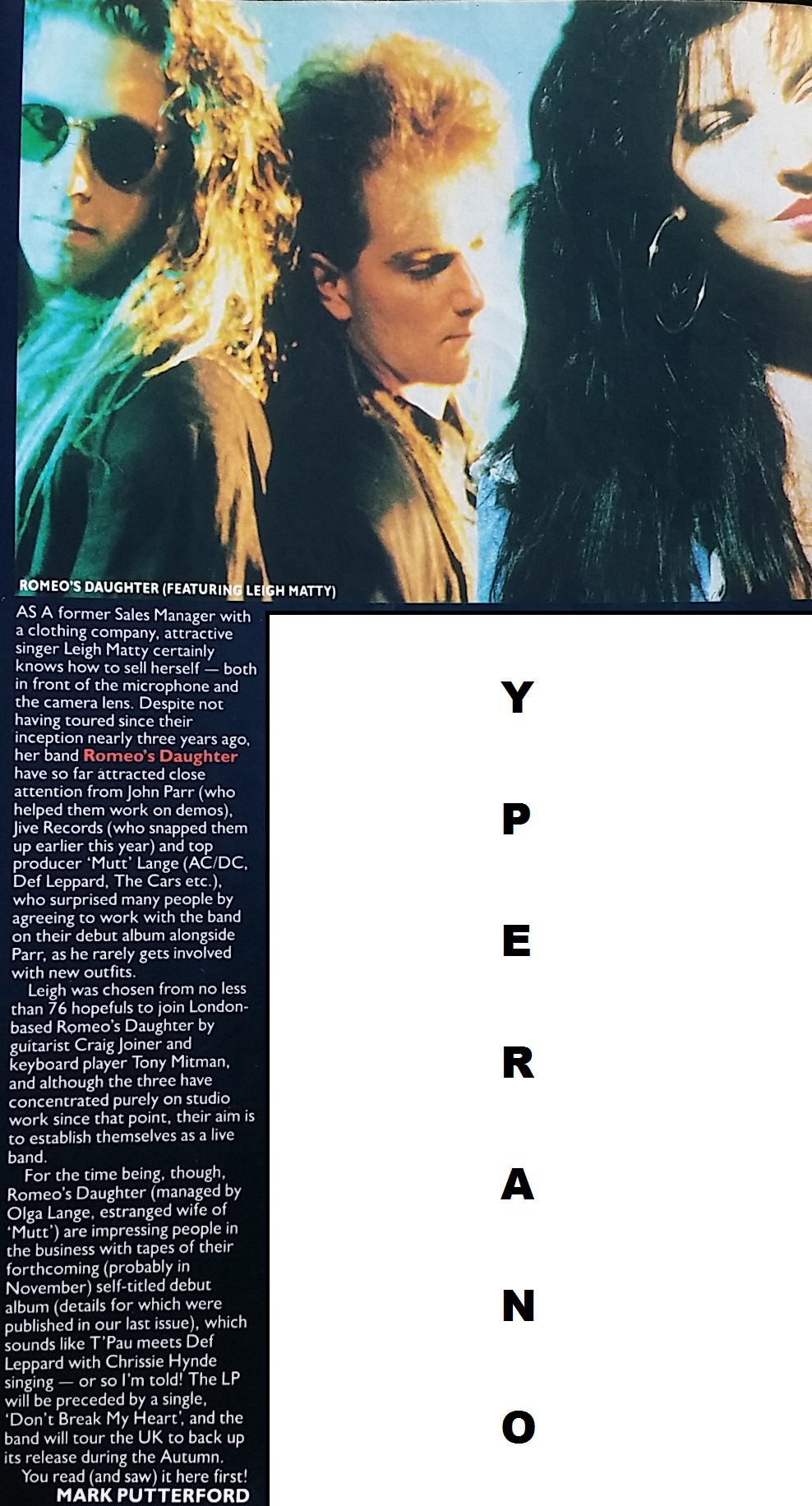 Produced by the “”Mutt””. Great songs. 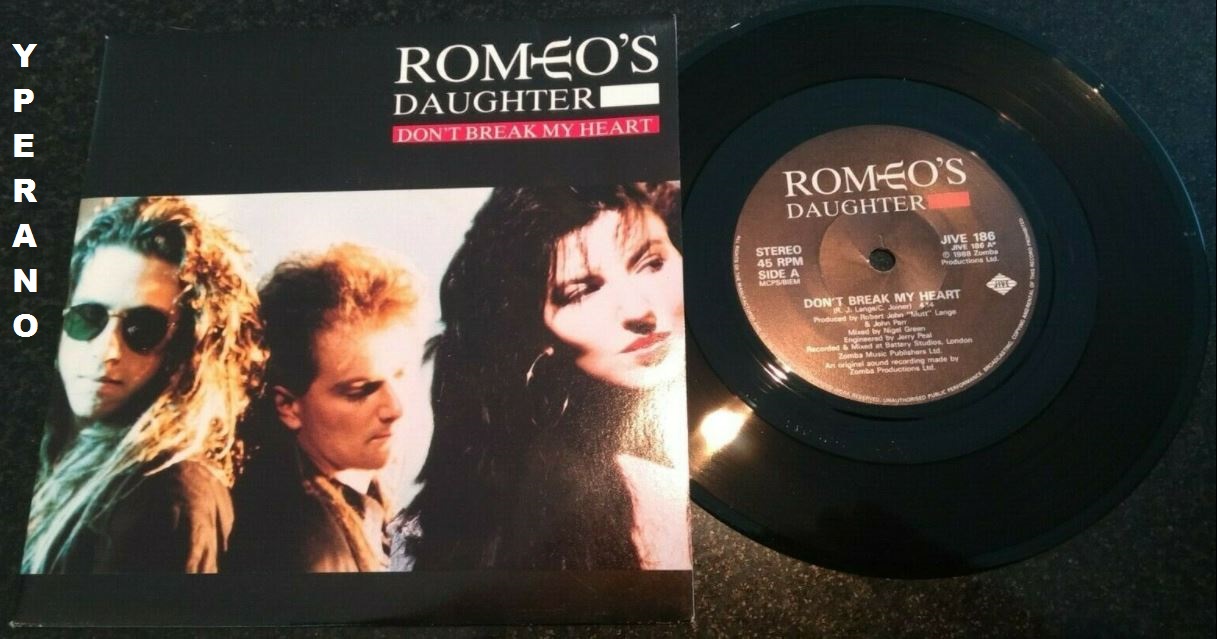 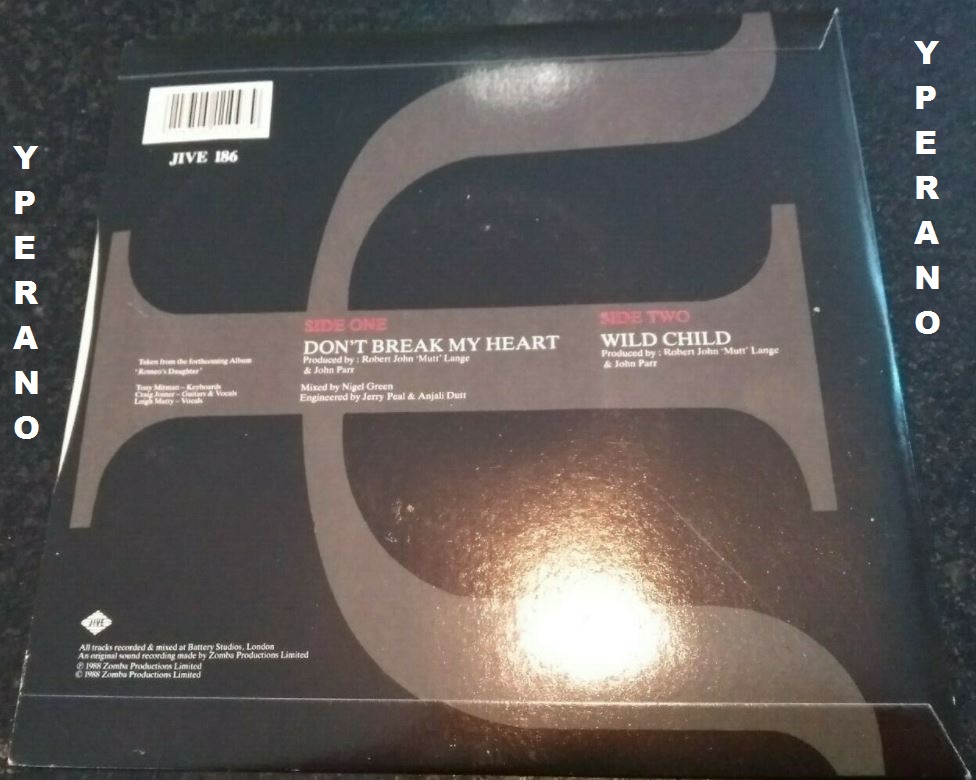 Romeo Daughter are a British AOR mainstream rock band with Leigh Matty, Craig Joiner, Anthony Mitman. The band released two albums in 1988 and 1993 respectively. The band then reformed in 2009.
The manager of the band was Olga Lange, then the wife of Robert John “”Mutt”” Lange. Mutt Lange was impressed by their song-writing abilities and agreed to produce (part of) their debut album. Hence, Romeo Daughter was often seen as proteges of Mutt Lange.
The first album contained the singles “”Don’t Break My Heart””, “”I Cry Myself to Sleep at Night””, covered by Bonnie Tyler and “”Heaven in the Back Seat””, the latter from the Nightmare on Elm Street Part V soundtrack. The album was produced by Mutt Lange and John Parr. “”Wild Child”” (written by Mutt Lange) was later covered by Heart on the Brigade album, and “”Heaven in the Back Seat”” was covered by Eddie Money on his 1991 album, Right Here, which was also produced by Mutt Lange.
The second album, Delectable was a more mature affair, although it was released on the smaller Music for Nations label so got less exposure. Mitman went on to work with FM and other bands while the band quietly broke up in the mid 1990s.

A surprising number of artists have covered their songs. Everyone from Heart to Eddie Money to Bonnie Tyler has plundered from the Romeos Daughter debut album. The sad irony is that Romeo’s Daughter don’t appear to have benefited from it.
The band have again opted for Mutt Lange’s reliably lush production. Lange has gone beyond the call of duty, instilling the sound with layered sound and sweeping harmonies and with the lively, hi-tech feel of those latter-day Leppard and Bryan Adams LPs.  Leigh Matty possesses just the kind of highly sexed croon that you wouldn’t mind being woken up by in the morning, and she has plenty of unexpected punch to unleash.

Romeo’s Daughter trample most of Britain’s melodic rockers underfoot, and deserve success on their own terms. 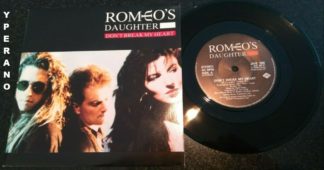