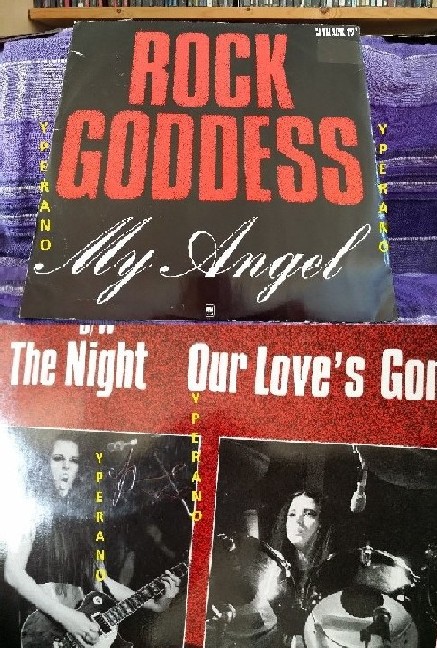 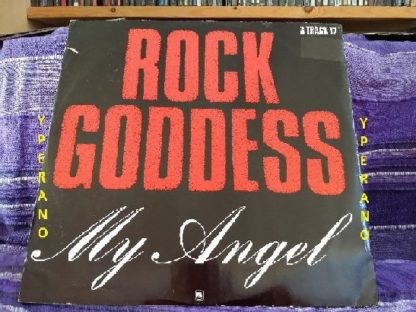 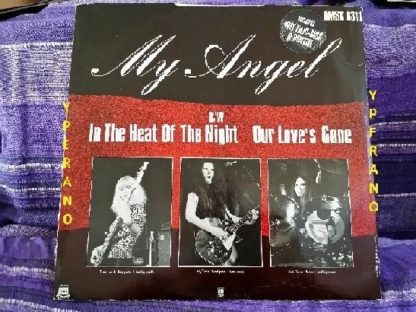 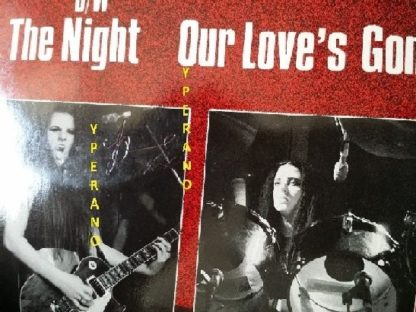 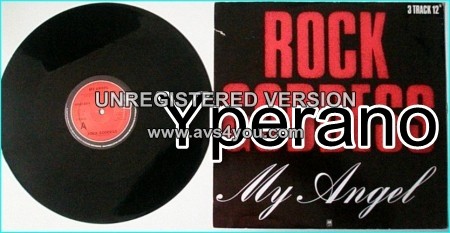 If you know who these rocker chicks are, go no further ’cause you already know they shred; IF on the other hand you do not know who they are, do yourself a favor and go to YouTube and listen to them play MY ANGEL! These chicks were sadly not promoted by A & M like they should have been or like the other male acts all over back in the ’80s, but if you heard them back in the day you, and if you were luckily enough to perhaps hear them bangin’-live!, you won’t get any closer than this 12″; You’d would swear they were dudes by their aggressive hard-edge killing-floor playing! This particular 12″” is sought after; well, you can bring ’em back from the ’80s here—close the doors, pull the drapes close and play ’em at full-volume!!

This 12″” comes off the Rock Goddess’s self-titled 1983 debut album, a fabulous record, full of catchy, compulsive, classically British rock songs and blessed with Jody’s raucous, high-powered vocal delivery.
Rock Goddess had already set out their stall: they were out to give their all-female rockin’ peers Girlschool one hell of a run for their popularity. These girls meant business, Rock Goddess tackled each song, each riff, each axe attack with cool, powerful precision. Jody Turnerâs vocals are sweet, savage and gutter rich, but the real star in minuscule drummer Julie. Technically straightforward, physically unyielding, she batters around her double bass-drum kit like a herd of enraged elephants.
Producer Vic Maile (of Motorhead/Girlschool fame) produced their four-track demo tape. On the strength of a performance at the 1982 Reading Festival, A&M Records signed the girls. Their first single was the preposterously titled Heavy Metal Rock N Roll in 1982, and they followed it up with the My Angel 45 and their debut album, a year later.
It’s amazing to recall that Rock Goddess were forced to cancel a tour with UFO around the release of their debut single, because drummer Julie still had to go to school. According to the law she was only allowed to play six gigs in a row and the UFO tour lasted for eight consecutive days. The girls’ first album has stood the test of time extremely well. 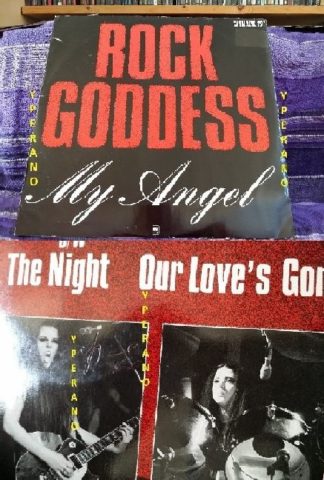