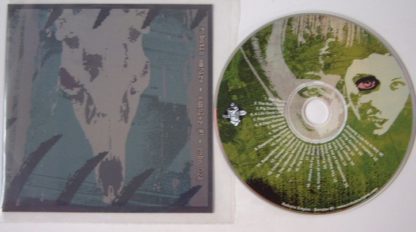 28 tracks from past, present and future releases, along with some extra songs we think rock, some live tracks and other weird shit. 300 or so tour copies came with double-sided color covers. This is one of them. Including Hot Cross (new!), The Red Chord, pg99, Pig Destroyer, Sacrifice Poles, Neil Perry, Hot Cross (This compilation is worth it for this track alone), Excitebike, Joshua Fit For Battle, The Now, The Superstitions In The Sky, Gregor Samsa and Vadim Taver (last 3 being good acoustic tracks)

============================================================
A 28-song sampler from Robotic Empire, featuring previously unreleased songs from Hot Cross and Superstitions Of The Sky as well as releases from bands from other labels such as Excitebike and live tunes from Majority Rule and Neil Perry. Thats not to mention all the material from original Robotic releases including stuff from Pig Destroyer, A Life Once Lost, Pageninetynine, Employer Employee, Circle Of Dead Children, The Ultimate Warriors, etc. For a really cheap price and containing so much great grind, hardcore, metal and overall extreme music (as well as a couple acoustic and ambient tracks), not only has Robotic Empire put out something all you fans of heavy music should enjoy, but something the label can be proud of itself.

“A Sampler?” I said to my friend, drunkenly. “How the hell do I review a sampler?” “Well, you moron,” he said, “you just sort of talk about what acts on the sampler represent something interesting, and which ones you don’t like, and why.” “Oh yeah,” I said, and, once I sobered up, I sat down to write the review. With 27 songs, and nearly as many acts, its going to be impossible for someone as lazy as I to describe them all, but heres a few highlights:

Pig Destroyer, “Task Master” and “Purity Undone” – Pig Destroyer show that they are really on top of their game with these under-a-minute hurricanes. Furious vocals, lightning fast beats, and a very cool set of riffs. It amazes me how much power this band can squeeze into a tight space.

Neil Perry, “Looking Back at the Way You Want it to be in the Future” and “Wait, Did He Get Enough Yet?” – I haven’t heard of this band before, but after hearing these two vastly different tracks, I’m sure going to seek out more. The first is a raging slab of metalcore, all screamed vocals and tension. The latter is a live jam, mellow, demonstrating musicianship without being showy. They have, however broken up – but do plan to release a double CD of their discography.

Hassan I Sabbah, “Not So in Tune with Shells” – These guys pack more ideas into a one minute song than some bands do onto an entire record. Supersonic tempo changes, really inspiring guitar work, and an almost Mastodon-like sense of progression are on display here.

Pageninetynine, “Your Face is a Rape Scene” and “More Complicated Than a Sci Fi Flick” – I’m a sucker for a good, hard driving riff, and these guys inject a sense of groove into the music which had me nodding my head like an idiot by the end. Thats a really good thing, trust me. And, much like Neil Perry, they’re also calling it quits. Find something by this band while you can.

The Ultimate Warriors, “Kids Need Clues” – What can you say about a 13-second song? Not much I suppose, but for some reason I was chuckling at the end of it, so it gets a mention. With a name like “The Ultimate Warriors,” I’d imagine they don’t take themselves too seriously.

A Days Refrain, “Forces of Habit” – Good, old fashioned grindcore inna Discordance Axis style (ok, not quite as, um, abusive as DA); its nice to hear someone can still work this style without sounding like a set of liches.

And a few lowlights:
Benumb, “Path of the Righteous” – This band is fairly well respected in grind/extreme circles, and I cannot figure out why. The vocalist sounds as if hes constipated, the production sounds like it was recorded with a condenser mic in an air raid shelter, which renders the music a big, tinny blur. I’ve heard live shows by these guys are amazing, but I’ve never heard a recording by them which inspires at all. This is no exception.

Hot Cross, “Untitled” – Like the Dillenger Escape Plan, without the focus. The vocalist isn’t up to the task, sounding like hes in danger of running out of breath, and the solo in the middle is just dull.

Superstitions of the Sky, “Tonight” and “Things Said in Passing” – These tracks sums up whats wrong with emo (and no, I don’t think all emo is bad); however, repackaging a crappy 80s powerballad, making it acoustic-based, and layering it with a vocalist who sounds as if someone has stolen his lollypop is just laughable.

There are a number of other bands here, some good, some bad, all worth taking the time to listen to at least once. Robotic Empire is a pretty cool little label, all things said and one, releasing mostly EPs and 7″ records, some from more established bands (Opeth), and a number from a few bands I have absolutely never heard of. They also do limited distribution of a few frighteningly obscure bands/labels material (and at nice low prices). After wading through the sampler, and checking out their website, I’ve come to the conclusion that Robotic Empire are a label worth spending some time with.

Right now, with the exception of possibly Relapse Records, the Robotic Empire is quite simply the most potent and invigorating label in the scene. What you will find inside the minimalist packaging are 28 tracks clocking in at a little over an hour in length of hardcore, grind, metal and surprisingly acoustical numbers and atmospheric passages. The sampler showcases the Virginia based labels immense variety. Every Robotic Empire band makes an appearance, some with two tracks, including Pg. 99, A Life Once Lost, Neil Perry, House of Low Culture, Red Chord, The Ultimate Warriors and more. Compilations and various artist releases tend to be very hit or miss but I can definitely say this one sinks the battleship. Fans of underground music, heavy or melodic, should not only take note of this sampler but should ensure that the Robotic Empire is on their radar screens. Up next for the Empire is a limited edition Opeth 7″. Andy Low for President.

Virginias Robotic Empire is a small but potent record label in the world of metal music.

While the majority of its roster consists of lethal heavy at its most maniacal, one listen to their compilation “Robotic Empire Sampler #1,” will reveal a showcase of dulcet, acoustical numbers and trippy passages, in addition to the aforementioned unhinged barrage of ear-bleeding noise.

One accomplishment that Robotic Empire deserves credit and admiration for is the releasing easily one of the best metal albums of the year, “Fused Together In Revolving Doors,” the debut from Massachusetts’ The Red Chord. They have one (only one!) track, “That Certain Special Ugly,” on the compilation from their album. It is a diabolical blend of sinister guitar textures and tempo changes. Guy Kozowyk possesses one of the harshest yet most far-reaching vocal deliveries on the scene today. It is a chilling and superlative chunk of tightfisted rock.

There are many other highlights on the collection, including two viperous blasts of grindcore from Pig Destroyer. Whirling low-end grooves and jackhammer drums comprise “Our Second Home” by A Life Once Lost. Benumb may be the most fearsome band you’ll ever hear. Their contribution, “Path Of The Righteous,” will come out like explosions from your speakers. Frontman Pete Ponitkoff riffs and roars so violently he sounds capable of chewing his own arm off.

The murky guitars of Employer, Employees “Where The Hammers Fall” nearly hide a growling, screeching vocal performance. An untitled track from Hot Cross is a welcome variation from the preceding songs – a composition that rotates between a jazzy domain and thrash. Three numbers on the sampler, two by Superstitions Of The Sky and the other from Vadim Taver, are acoustical in sound, which makes them seem delicate in comparison to the other offerings, but yet contain puissant, urgent strumming.

Hassan I Sabbahs “Not So In Tune With Shells” is a tornado of percussion and anguished screaming. The lead singer on “A Wooden Heart Never Bleeds” by Circle Of Dead Children sounds like hes in need of an exorcism. Pageninetynines “More Complicated Than A Sci-Fi Flic” is a resplendent buzz saw guitar attack. Brittle six-strings dance chaotically over a furious drum machine on Nemos “Robosong.”

The last third of the disc is nearly all a foray into psychedelic. Theres the droning, ringing guitar sounds on “Standard Candle” by Excitebike and the shimmering, hazy sondscapes on “God Is On The Telephone” by The Sacrifice Poles. “Ode To The NYC Subway” is a freaky addition, a tribal jam in the first half and an eerie din in the second. According to the CDs booklet, it was “recorded underground on the way to a Mastodon show.” Its a fitting close to the collection.

This is the first sampler CD for Robotic Empire, a label that focuses mostly on hardcore, metal-core and grindcore bands. There are 28 tracks clocking in at a little over an hour in length. All of Robotic Empires bands appear, some with two tracks. Just to give you an idea of what the label is about, here are some of the good bands from the CD: PIG DESTROYER, THE RED CHORD, A LIFE ONCE LOST, NEIL PERRY, A DAYS REFRAIN, CIRCLE OF DEAD CHILDREN, CREATION IS CRUCIFIXION, and BENUMB. Other acts include PAGENINETYNINE, HOT CROSS, EMPLOYER EMPLOYEE, NEMO, HOUSE OF LOW CULTURE, JOSHUA FIT FOR BATTLE, EXCITEBIKE (fuckin’ cool name!), MAJORITY RULE, THE ULTIMATE WARRIORS, and a few others. Not really of interest to die-hard extreme metal fans, but those looking for some of the best underground hardcore/metal-core and other assorted “core” mixtures should take a gander at the labels catalog.

Packaged in a minimalist fashion plastic sleeve style (but on a pro-pressed CD), this sampler is sold out for now, but it was priced low, so if Andy does another one, try to pick it up, because he does have some pretty good bands amidst the other fodder. 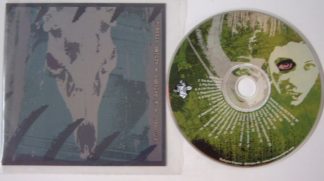