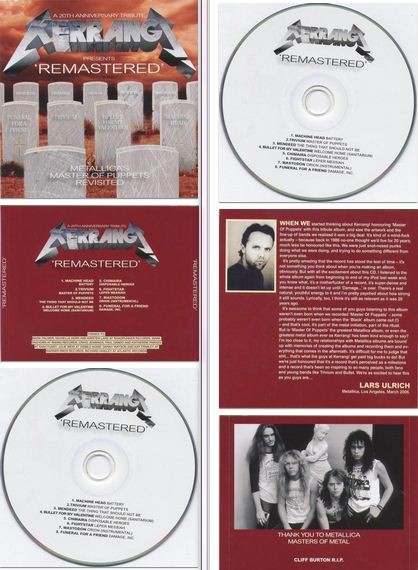 (Machine Heads awesome cover of the amazing Metallica song “Battery”. Machine Head said while they were making this song that their highest tuning is C#).

Death Angel vocalist Mark Osegueda picked this album as the scene’s definitive thrash album:  “I love this album. The song structures are just ridiculous. The album cover was wonderful, and lyrically James Hetfield had found his footing and was leaps and bounds ahead of everyone in the metal scene. It was about true topics that affected people – it was about reality and not just about, you know, fire and brimstone. He found something that was tangible that people wanted to latch onto. Battery is one of those songs that you’d put on and it would just pick you up, no matter what. It’s a brilliant, in-your-face record.”

Some of the players on this revisited album weren’t even born when Hetfield and Co unleashed the monster that is Master Of Puppets. So those 8 heavy hitters in the world of Metal attempt to stamp their own authority on this classic release.
An ace card is played straight from the off with MACHINE HEAD impressing on a super Heavy rendition of Battery Current Metallica-in-the-waiting-superstars TRIVIUM play out a fairly faithful title track. CHIMAIRA storm the parade ground with a punishing Disposable Heroes The hoarse vocals and rabid guitar riffing mark this as an album highlight. For a band with the acclaimed pedigree of MASTODON Orion is played out a little too carefully whereas FUNERAL FOR A FRIEND at least attempt to end the album on a ferocious high note with a storming cover of Damage, Inc. 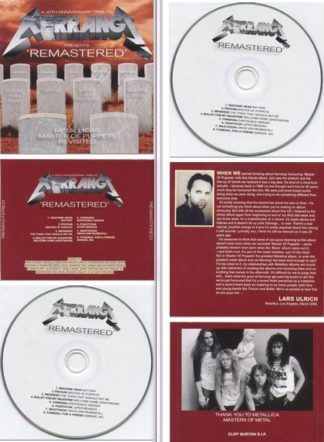