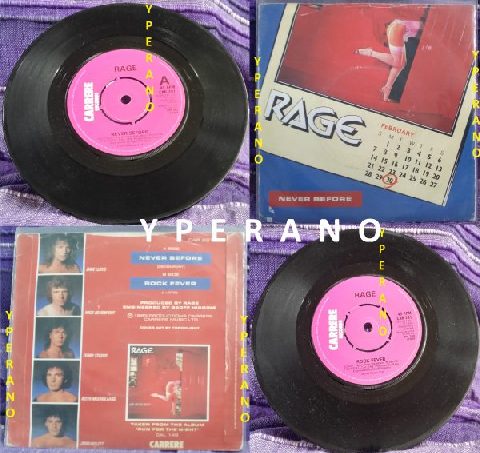 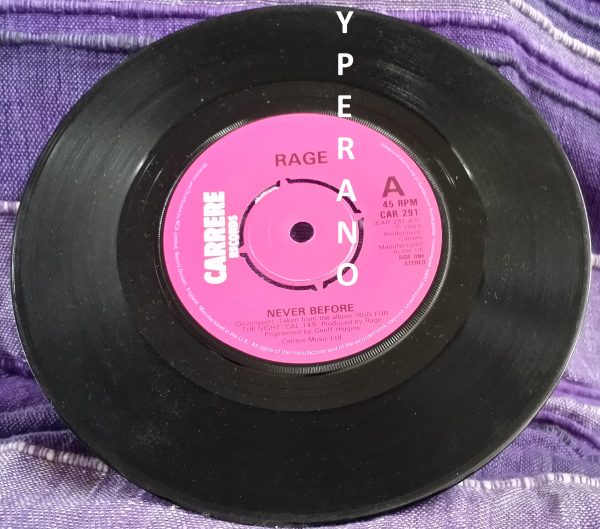 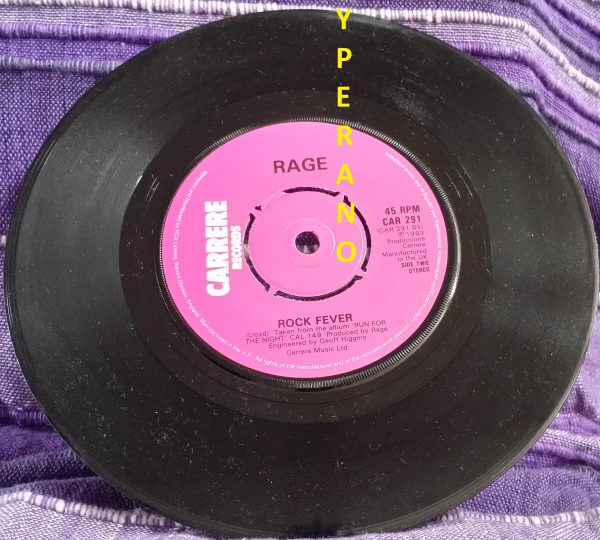 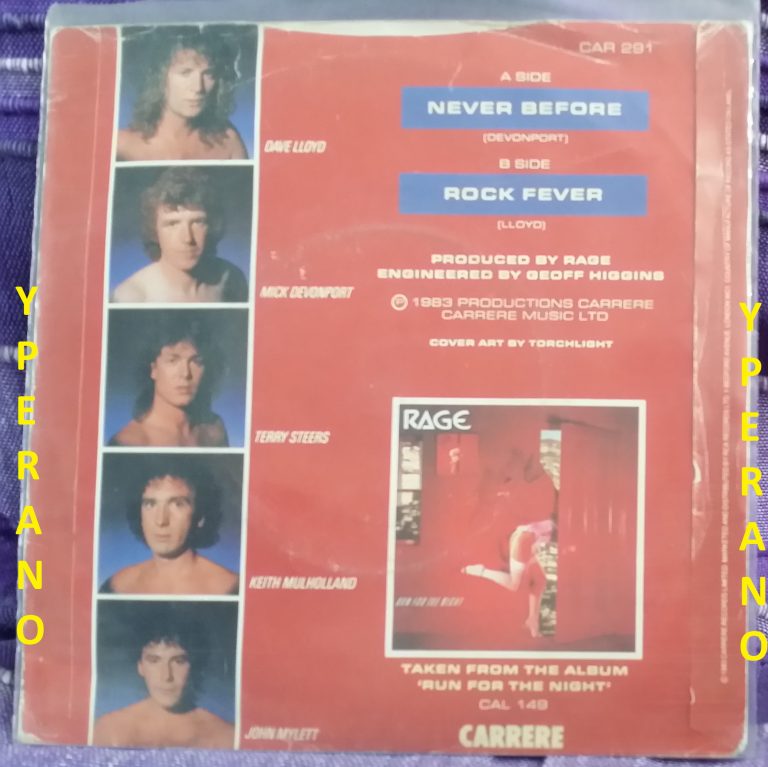 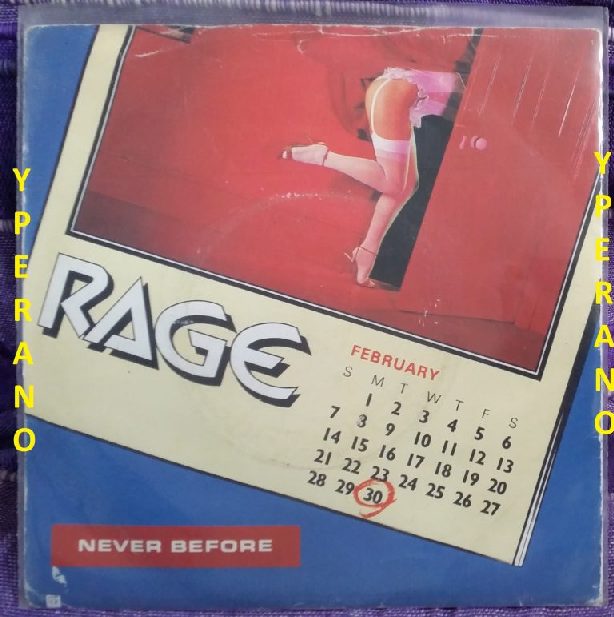 Liverpool hard Rockers previously known as the A&M recording artists NUTZ. In their former guise the band issued a string of albums, before severing their contract with A&M. However, the record company then exercised their contract in full, not allowing the band to record for a further two years. The band members relocated to Jersey during this period. Record producer Geoff Appleby enticed the musicians back to London and arranged a showcase gig at the Croydon Greyhound. The timing for NUTZ was perfect as Punk was being eclipsed and the NWoBHM movement was gathering strength. At that gig fabled DJ Neal Kay organised a session for the band to record the new track ‘Bootligger’. The French label Carrere Records soon jumped onboard to sign the band up. Having chosen to rebill themselves as RAGE in 1980, the move made minus Newton, who had joined NIGHTWING, the band re-debuted with the Pete Hinton produced ‘Out Of Control’ album. Mylett also performed drum duties on the debut NIGHTWING album something In The Air’ the same year. RAGE debuted nationally supporting RORY GALLAGHER on his 1981 British tour. RAGE fared better sales wise in Europe than their home country and the ‘Out Of Control’ album heralded a lengthy European tour. Steers was added in time to record ‘Nice n’ Dirty’ in June 1982. The album sleeve provoked much consternation in some quarters as it featured two female models in intimate contact. On the live front RAGE acted as guests to URIAH HEEP on their ‘Conquest’ tour. Although ‘Nice n’ Dirty’ provided RAGE with a greater sales base this momentum was not followed up by the indifferent response to ‘Run For The Night’ despite a British tour opening for MEAT LOAF. A struggling Carrere Records dropped the band and they split soon after, but not after a curious single release, so You Want To Be A Rock ‘n’ Roll Star’, with RAGE using the name SPITFIRE had emerged through the label. Tragically, drummer John Mylett was killed in 1984 a car accident whilst holidaying in Spain. Following the band split Mick Devonport formed FIELDFORCE with former BITTER SUITE and PANZA DIVISION drummer Steve Mitchell. Dave Lloyd, on the other hand, at first demoed material with ex-DIAMOND HEAD bassist Mervyn Goldsworthy, ex-720 / SAMSON guitarist Dave Colwell and drummer Pete Jupp prior to forming the AOR orientated 2 AM with Mark Thomas before touring as vocalist on ULI JON ROTHs American tour. The singer also operated a band entitled SLICED BREAD with future GILLAN guitarist Steve Morris. Bassist Keith Mullholland joined Staffordshire act DEMON in 1991.