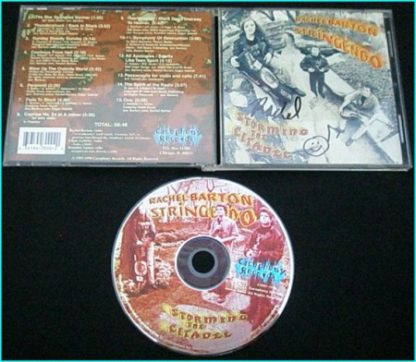 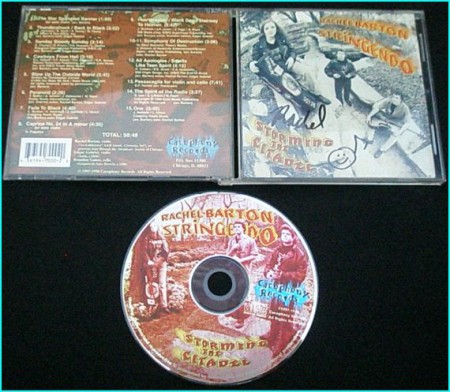 Crossover is hot. Yo-Yo Ma is collaborating with Bobby McFerrin and Mark O’Connor, Perlman is playing klezmer, and everyone is doing the tango. As our tastes become increasingly multi-cultural and eclectic, the lines between high art and pop art are becoming increasingly blurred. But isn’t playing heavy metal on an acoustic violin going a bit too far?

From a historical perspective, I would have to say no. Classical music through the centuries has always drawn heavily upon the rhythmic and harmonic elements of the folk and popular music of its day, raising up wonderful but simpler styles and transforming them to a higher level. Almost every composer, from baroque to Beethoven to Bartok, has provided examples of this. In turn, the great violin soloists have been known to arrange some of their favorite non-classical tunes. Paganini wrote variations on every aria and song that existed, including “God Save the Queen.” Vieuxtemps arranged Yankee Doodle and other American folk songs. Maud Powell played Negro spirituals, while many artists dressed up Hebrew and gypsy melodies. More recently, Heifetz transcribed works by his friend George Gershwin and even collaborated with Bing Crosby. Menuhin often has played with such greats as Ravi Shankar and the late Stefan Grapelli. This project continues in that tradition.

The rock world is not as far removed from the classical world as many people assume. Bands have always used strings as backup on certain tracks, but now the trend is to have a string player as part of the band. Many rock artists were trained classically, and classical heavily influences their compositional style. Marty Friedman, Kirk Hammett, and Slash, among others, listen often to classical music. (Marty told me that his favorite instrument is the violin!)

Many metal musicians (Van Halen, Man O’War, King Diamond, Rainbow, Judas Priest, Accept, etc.) include actual classical quotes in their compositions. I find it interesting that when you eliminate the distortion and can actually hear all the notes of the song, it has much more great music than I ever would have suspected. The harmonic influences come from sources including blues and classical, and the structures of tunes like “The Spirit of the Radio” and “One” are quite sophisticated, much more so than in a typical pop tune.

My favorite rock bands always fully express the emotions they are portraying with their music and try to share those feelings with the audience. These musicians inspire me to reach for that level of communication in my performances of classical music, with its more varied emotional palette.

I selected many of my favorite songs for this album, but also tried to showcase a variety of styles–from classic rock to grunge to classic metal to speed metal–in order to show the capabilities of the violin. Approaching the thrash tunes was especially challenging. Various string players have covered tunes in some of the other styles on this album, but doing riffs by Dimebag Darrell or Dave Mustaine took a lot of experimenting. The result on the acoustic instruments is much more edgy than it would be on electric violins. In order to generate the volume, we had to dig in and compensate physically for the lack of amplification. That kind of intensity has always attracted me to heavy metal music.

I chose the Paganini Caprice #24 and the Handel-Halvorsen Passacaglia as the two classical pieces to mix in because they seemed to fit really well with the other pieces. It is fascinating how certain variations of each of these works sound so similar to parts of some of the rock songs.

As humor columnist Dave Barry says, “There are really only two kinds of music- good music and bad music. This means music I like and music I don’t.” I hope that the wonderful pieces we play on this album open your ears to some of the music that I especially like, and that you will like it too.

“Instrumental versions of such rock classics as “Fade to Black” and “All Apologies” are mixed with stunning classical selections like Paganini’s “Caprice No. 24 in A minor” and Handel’s brilliant “Passacaglia for violin and cello,” with surprising success. Barton is ably supported by violinist Edgar Gabriel and cellist Brandon Vamos, whose intensity brings the power of the harder rock selections fully to life.”
Pioneer Press

“Rachel is a fantastic player of any genre! In fact, the entire lineup is supreme. This CD embraces heavy metal with the virtuosity of classical musicians. The songs are expertly arranged and performed! Imagine Mozart meets Metallica! If you like your music adventurous, talent laden and stylish, then this CD is for you!”
a music fan from Chicago, IL

“This CD is fantastic! Not only does this CD make you re-think your preconceptions about the metal genre, it makes you realize how EXCEPTIONAL some of modern music is. It also showcases some interesting comparative pieces- it takes some guts to put Paganini and Metallica on the same CD- and it works beautifully.”
a music fan from Richmond, VA 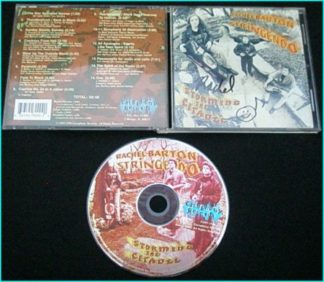