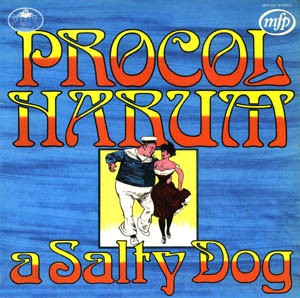 Tracklisting / Additional Info:
1. Homburg
2. She Wandered Through The Garden Fence
3. The Milk Of Human Kindness
4. The Devil Came From Kansas
5. A Salty Dog
6. Magdalene, My Regal Zonophone
7. Shine On Brightly
8. Boredom
9. Conquistador
10. Your Own Choice
11. Rambling On
12. Pilgrims Progress

A Salty Dog by Procol Harum is a great progressive rock album by a great band. Procol Harum has a wide variety of styles, and can play any genre possible. However, they are very progressive and symphonic pieces such as A Salty Dog absolutely showcase this. A Must Have for anyone Symphonic prog lover or Procol Fan
Rating 9.5/10

the British Progressive/Pop bands third album, originally released in 1969. Rightly lauded as Procol Harums masterpiece, A Salty Dog is one of the high spots of late ’60s Rock culture; an unmissable musical voyage, a brilliant example of how to fuse classical music with Rock and a tremendously rewarding experience. When you listen to the album, it becomes clear – from the sweeping title track that opens the album, to the serene ‘Pilgrims Progress’, which brings it to a conclusion, that A Salty Dog is quite simply Procols most rewarding album.

This album, the groups third, was where they showed just how far their talents extended across the musical landscape, from blues to R&B to classical rock. In contrast to their hastily recorded debut, or its successor, done to stretch their performance and composition range, A Salty Dog was recorded in a reasonable amount of time, giving the band a chance to fully develop their ideas. The title track is one of the finest songs ever to come from Procol Harum and one of the best pieces of progressive rock ever heard, and a very succinct example at that at under five minutes running time — the lyric and the music combine to form a perfect mood piece, and the performance is bold and subtle at once, in the playing and the singing, respectively. The range of sounds on the rest includes “Juicy John Pink,” a superb piece of pre-World War II-style country blues, while “Crucifiction Lane” is a killer Otis Redding-style soul piece, and “Pilgrims Progress” is a virtuoso keyboard workout.

Procol Harum were so much more than A Whiter Shade of Pale and this song proves it: 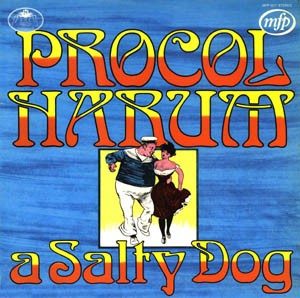