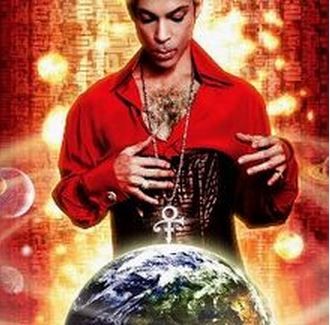 Planet Earth is the thirty-second studio album by American musician Prince, first released July 15, 2007 in the UK as a free covermount with The Mail on Sunday national newspaper. This was followed by the albums worldwide distribution. It features contributions from his newest protegée Bria Valente and former New Power Generation members Marva King, Sonny T, and Michael Bland, as well as Sheila E. and former Revolution members Wendy & Lisa. The album debuted at number 3 on the U.S. Billboard 200 chart, selling 96,000 in its first week. Upon its release, Planet Earth received generally positive reviews from most music critics, based on an aggregate score

Release and promotion:
On June 27, 2007, “Future Baby Mama” was leaked to the Internet via an American online radio station. The first single, “Guitar”, was distributed in partnership with Verizon Wireless. During the week of September 3, 2007, Prince flew to Prague, and then Spain to film a music video for “Somewhere Here on Earth”. The clip was released but it has only been played on the TV channel BET.
Initially, Prince came to an agreement with Columbia Records to distribute the record worldwide. Prince and Columbia had previously teamed up for the release of his Musicology album in 2004. However, Princes management struck a deal with The Mail on Sunday to release Planet Earth as a free cover-mount CD with the July 15, 2007 edition of the paper. This move brought much criticism from UK record stores which resulted in Columbia refusing to distribute the album in the UK, though its release in the rest of the world remained unaffected.
Giving away albums for free was not new for Prince. In 2004, he gave free copies of Musicology to all concert goers during the tour of the same name. Similarly, the Planet Earth album was given away with tickets to his 2007 concerts in London. As a result of the decision by Sony BMG to not distribute the album in the UK, record store chain HMV announced it would stock the 15 July 2007 edition of The Mail on Sunday in lieu of the CD, admitting that “selling the Mail on Sunday next week will be the only way to make the Prince album available to our customers, which, ultimately, has to be our overriding concern”. On July 10, 2007, several days before the official UK release through The Mail on Sunday, a low quality version (recorded from a stream) of Planet Earth was leaked onto the Internet. Prince forwent $4.6 million in licensing fees, but the promotion paid off with his subsequent sold out 21 show concert run at London’s O2 Arena, earning him a gross of $23.4 million, and thus a $18.8 million profit.

Singles
“Chelsea Rodgers” is the second single from Planet Earth, and was released worldwide on August 6, 2007. The B-side is album track “Mr. Goodnight”. A video was made using footage of the bands performance at London Fashion Week. It premièred on October 28, 2007.
“Somewhere Here on Earth” is the third single from the album. On the week of 3 September 2007, Prince flew to Prague, and then Spain to film a music video for the song. The full music video premiered on the BET Channel on February 12, 2008. 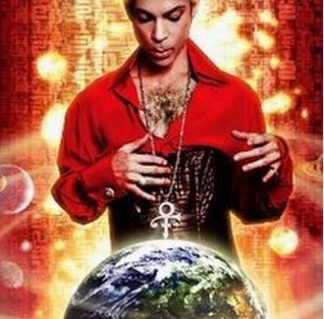