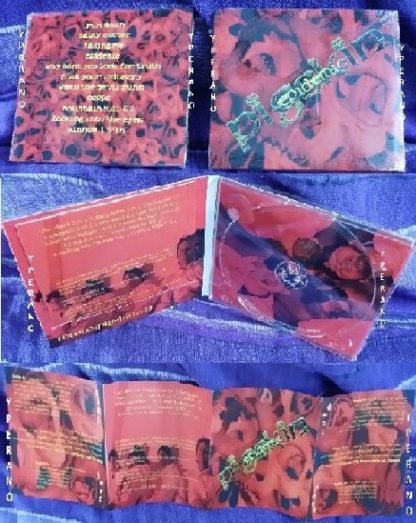 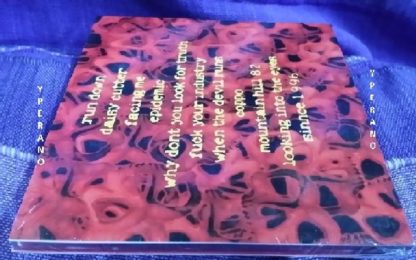 Swiss Metal Band digipak, self-production, Explosive mixture of Thrash Metal and Hardcore. The riffs are razor-sharp, the drumming is heavy and precise, the bass is brutally thick. Production is impressive. Pigskin IS the new Swiss war machine. Thrash’n’core tight as hell and straightforward, with a lot of anger, perfectly produced and well executed. All tracks are massive, solid and straightforward.

Pigskin : the new Swiss war machine. Thrash’n’core tight as hell and straightforward, with a lot of anger, perfectly produced and well executed, cared in every detail. Particularly suitable for the kids of the new generation. Powerful, aggressive, with remarkable starting points. Riff-heavy.

Aggressive behaviour, enormous force, heavy riffs, shouted angry vocals, self-confidence in drumming and explosive instrumentation are the weapons of this new Swiss presence concerning Hardcore, with Thrashy tendencies. And much enthusiasm. The band Pigskin founded in 1996 already have an intense luggage of experience, having supported acts like GurD, Testament, Murphy’s Law and having gathered in general a considerable number of live concerts with related tour-ability test. I can suppose that the band passed through a problematic moment when guitarist ChÃ¼ left the group, nevertheless the remaining quartet was more resolute than ever to keep up the work begun, and in July 2003 the studio sessions at Little Creek Studio in Gelterkinden took place. Under the co-production and supervision of charismatic and well experienced artists of first class like VO Pulver and Frankie Winkelmann (GurD), Pigskin evidently have found the best environment and support. What do you want more ? Thrash legend Destruction were guest in Little Creek Studio, and if you add the excellent ability of Mr Winkelmann “”in puncto”” sound, you can understand how lucky Pigskin are.

Epidemic, an 11 tracks full length, absolutely suitable for all young kids who are into Hardcore/Thrash, even better if “”captured”” by Nu-Metal and now demanding more and something different. All tracks are highly massive, solid, and extra-straightforward, and in spite of a first impact of rasping homogeneity, you only need to listen to the album just 2 times in order to discover well any detail that gives the identity to every track. And you need to understand what a musical war machine is.

Consequently Epidemic is an enthusiastic “”seek and destroy”” machine, which begins with Run down, an approach with no compromises, and ends up with Since 1996 with the same high energy. Strokes of lead and various digital effects are not missed and the rhythmic section (drumming and bass) works in full voltage. Riffs are rasping. But among the powerful-crafted tracks one thing hits my attention above all : the superb final looping of Fuck your Industry : a heavy as hell spiral that is catching you, alternating in loop 2 different rhythmic tempos and maintaining the same musical brilliant scheme : i would like to hear more songs containing loops like that one, few notes can become irresistible if you know how to put them together. This looping ends then suddenly and with it the whole song which was opened by the cute voice of little (and future Metalhead !) Gary William Pulver.

Run down opens with iterative obsessive indomitable energy and rebellion, delivering a good guitar solo too, melted in the metalcore roughness. The opener is followed by Daisy Cutter which is very thrashy and groovy, angry as well, merciless, neck-breaker : an uptempo war machine in the true meaning of the word. Facing me goes on hammering hard without taking one single breath and showing even traces of Death influences, with up-to-the-task drumming.

The rather long title track Epidemic (5:50), pushing and abounding, lets surface a lot of alienation, with bone -breaker final compression. Why don’t you look for Truth is a heavyweight that runs over you with pitiless progression, and one of the best tracks of this album.

Fuck your Industry, besides the above mentioned features, delivers also dissonant metropolitan distressing guitar effects, as well as the angry, fast suffocating When the Devil runs does. When the Devil runs is introduced by a call-to-arms drumming and develops in a nightmare of destruction, and the fast repeated words give a feeling of terror with no escape.

Coppo is very rocking and death-y. Mountain Hill 82, another of my fav, offers distorted guitars and super heavy groovy moments of caterpillar slowness, mixed with a certain growling attitude, and modern vocal effects. In this way the usual shouted brachial timbre gets colours of darkness that are becoming nervous and convulse in the end.

Looking into the Eyes is a nervous fierce destroyer built upon waves of multi-rhythm and shouted/screaming vocals with obsessive killing final. But after all it has even a certain Black appeal !! Since 1996 closes the album in a Heavy’n punk-y way. War goes on !!
Rating: 8.6/10 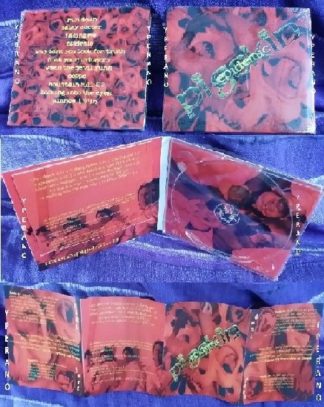