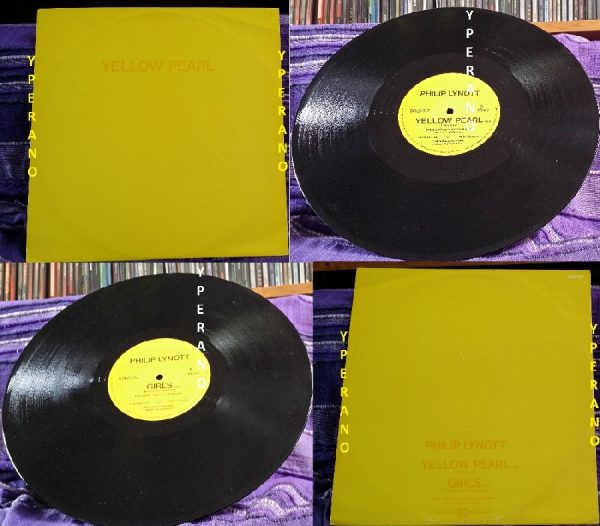 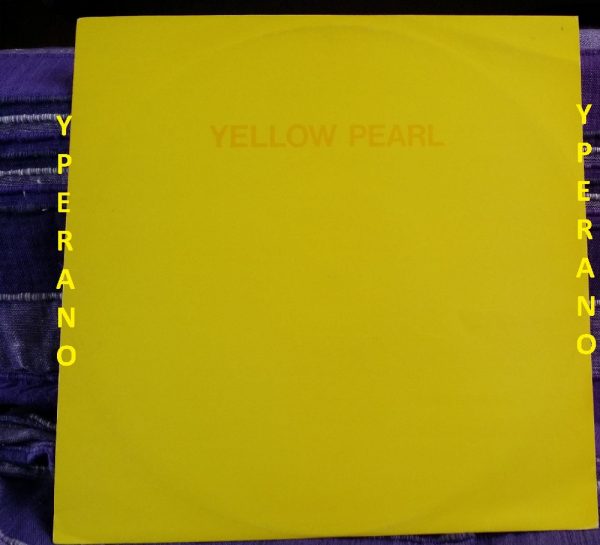 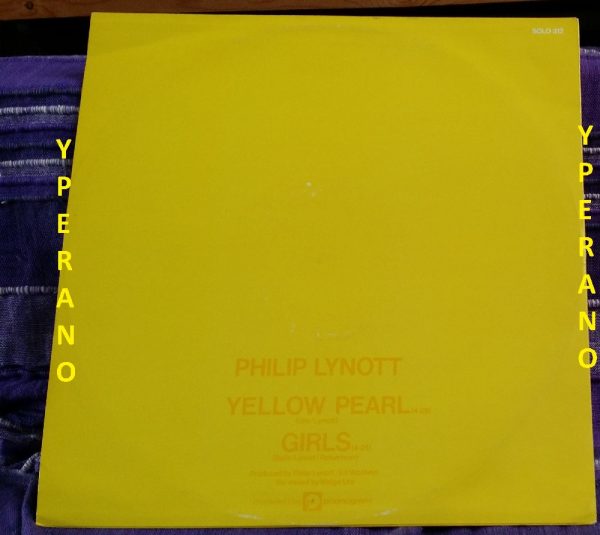 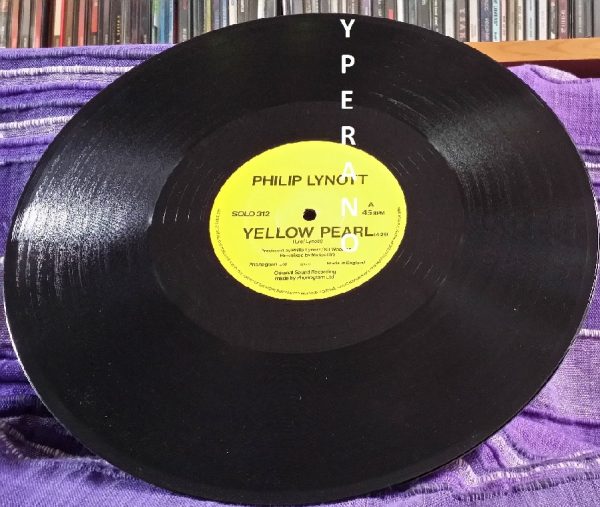 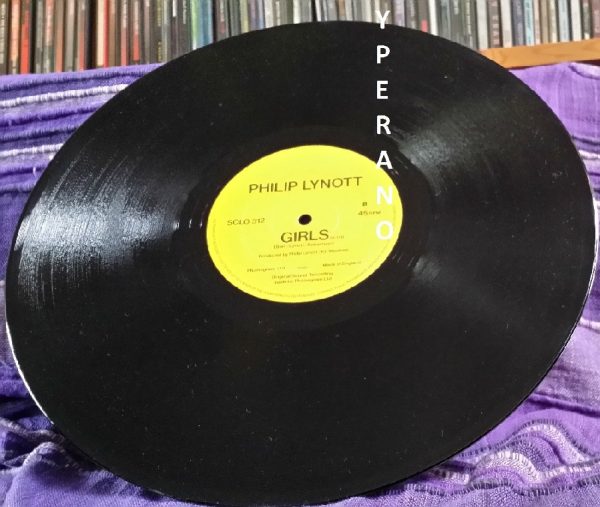 Written by Phil Lynott and Ultravox’ frontman Midge Ure, who also remixed this track. Drums by Rusty Egan (Visage). The song “Yellow Pearl” (1982), was a #14 hit in the UK and became the theme tune to Top Of The Pops. Then, the BBC used it for their rundown of 2015 “Sports Personality Of Year” Contenders!
He was a musical genius, wish he had done more songs with this synth sound. Would have been interesting to see where it could have led cause this song is really good. This was a huge departure for Phil born out of his friendship with the multi-talented Midge Ure. Phil epitomised everything that was rock n roll….what a voice, what a look! Reunited with Gary Moore in rock heaven.
Philip Lynott  Yellow Pearl
Label: Phonogram   SOLO 312
Format: Vinyl, 12″, 45 RPM
Country: UK
Released: 1980
Genre: Electronic, Rock
Tracklist
A Yellow Pearl4:29
Remix Midge Ure      Written-By Ure*, Lynott*
B Girls 4:01
Written-By Robertson*, Bain*, Lynott*

Mastered At The Town House
Pressed By Damont Audio

Yellow Pearl was written by Phil Lynott and Ultravoxs Midge Ure. It was commissioned by the BBC to be the theme music to the television show Top Of The Pops in 1981. It wasn’t until 1986 that it was replaced by Paul Hardcastle’s The Wizard. This reminds me of Peter Powell, Mike Read, Gary Davies and Bruno Brookes but, despite that, this will always be the TOTP theme to me.
It reached #32 in the UK singles charts.
The version I have on vinyl is the 12  single and is an extended remix of the song. On the b-side is a song called Girls.