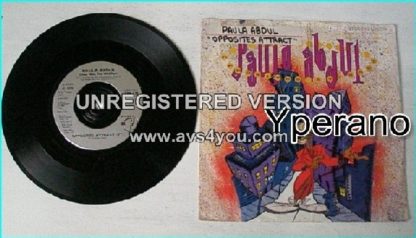 “Opposites Attract” is a song recorded by Paula Abdul, featured on her debut album Forever Your Girl. It was written and produced by Oliver Leiber, who came up with the title after browsing a book store. Vocals on the song, in addition to Abdul, were provided by Bruce DeShazer and Marv Gunn, aka ‘The Wild Pair’. “Opposites Attract” was the sixth and final single from the album, and achieved success in many countries, including the US and Australia where it was a #1 hit. It is the first number one hit in America to feature a rap verse performed by an African-American.

The lyrics are about a couple who love each other despite being different in just about every way possible.

The song is distinctive for its colorful music video created and directed by Candace Reckinger & Michael Patterson, in which Paula dances with cartoon character MC Skat Kat, voiced by ‘The Wild Pair’. The music video adds an intro rap performed by Romany Malco. An additional rap was provided by Derrick ‘Delite’ Stevens for the Street mix version of the song, which was edited for the 7″/video.
The idea of MC Skat Kat came from the Gene Kelly movie Anchors Aweigh, where Kelly dances with Jerry, the mouse from the Tom and Jerry cartoon series. Paula even choreographed the animated characters moves to match her live-action dance moves in the video. MC Skat Kat was animated by members of the Disney animation team, working outside the studio between major projects, under the direction of Chris Bailey.
The video won Abdul a Grammy award in 1991 for “Best Short Form Music Video”.

“Opposites Attract” became one of the most popular R&B and dance-pop singles of 1990. The single initially rose from #72 to #47 the week of December 23, 1989, and landed at #1 the week of February 10, 1990, where it remained for three weeks, matching the run of “Straight Up”. It became Abduls fourth #1 single on the Billboard Hot 100 and made her only the fourth artist in music history to score four #1 hits from a single album, after Whitney Houston, George Michael and Michael Jackson. Although the single was released at the end of 1989, the song itself is considered one of the first popular songs of the 1990s. “Opposites Attract” also topped the charts in Australia, and peaked at #2 in the UK. It failed to enter the German Top 10, peaking at #13.

Paula Abduls single ‘Opposites attract’ was notable mostly for its colourful music video featuring a cartoon cat, MC Skat Kat, with which Abdul is dancing and singing. The vocals of the Kat were performed by Bruce DeShazer and Marv Gunn (The Wild Pair) and Derrick ‘Delite’ Stevens, who performed the rap in the song.

The idea of MC Skat Kat came from the Gene Kelly movie ‘Anchors aweigh’, in which Kelly dances with Jerry, the mouse from the Tom and Jerry cartoon series. Paula even choreographed the animated characters moves to match her live-action dance moves in the video. The single peaked at number 2 in the UK singles chart and number 4 in the Dutch Top 40. In the UK it was released as a limited edition with a free pull-out poster, featuring stills from the music video.

Paula Abdul On Why She “Gave Up” Her Singing Career  https://youtu.be/fiBGdjxKnfU 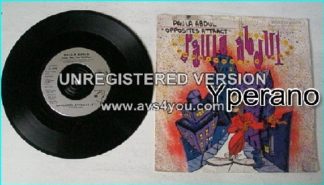