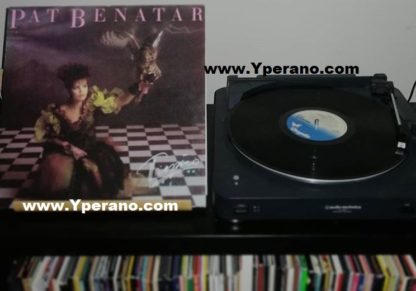 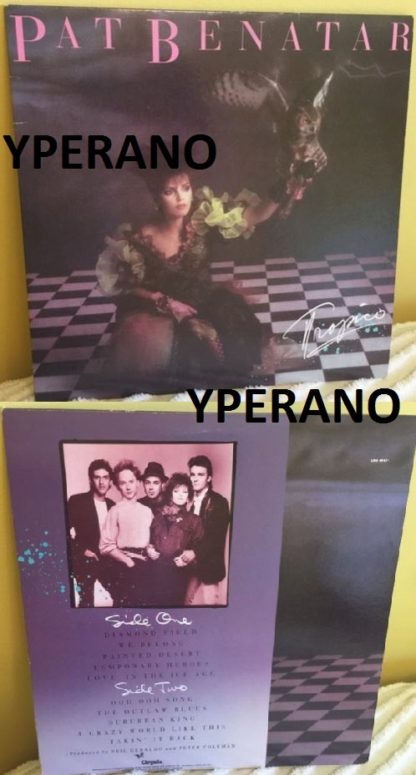 Pat BENATAR: Tropico LP 1984. Check hits “We Belong”, “A Crazy World Like This”, “Takin’ It Back”. CHECK VIDEO, audio and video analysis of the song “We Belong”.

analysis of the song “We Belong”: 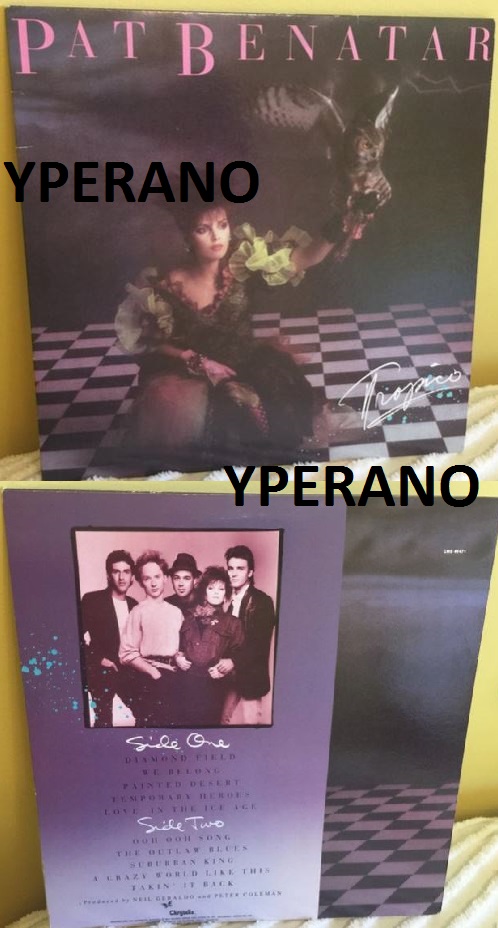 Tropico is American rock singer Pat Benatar fifth studio album, and sixth album overall, released in late 1984. It peaked at #14 on the U.S. Billboard album chart and produced the Grammy-nominated Top Five Pop hit “”We Belong””. Other well-known songs from the album include “”Painted Desert””, “”Outlaw Blues”” and “”Ooh Ooh Song”” (also a Top 40 hit). A Spanish version “”Ooh Ooh Song”” appeared on her 1999 compilation, Synchronistic Wanderings. This disc was Benatar sixth consecutive Platinum-certified album in the United States.
During the filming of the video for the single “”Painted Desert””, Benatar and husband Neil Giraldo discovered they were expecting their first child. It is also said by Benatar and Giraldo that this album is the first where they moved away from Benatar famed “”hard rock”” sound and start experimenting with new “”gentler”” styles and sounds.
This is the first album to feature one-time John Waite bassist Donnie Nossov, who replaced Roger Capps in Benatar band. 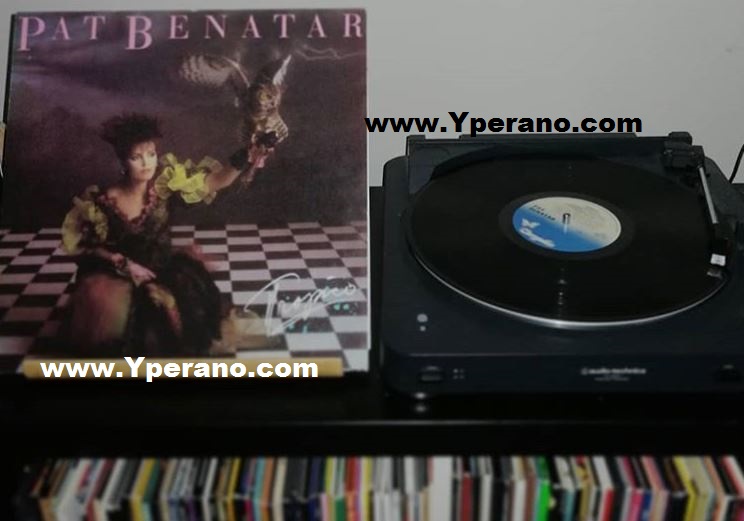 “”We Belong”” is a 1984 hit single from Pat Benatar sixth studio album Tropico. It matched the success of “”Love Is a Battlefield”” on the Billboard Hot 100 singles chart in the U.S., peaking at #5. It reached #3 on Billboard Top Rock Tracks chart and #34 on the Adult Contemporary.
It was also successful in the United Kingdom where it peaked number 22 in the charts, nearly matching the popularity of Love Is a Battlefield which is her most recognised song there. The song was written by songwriting team Lowen & Navarro. The song earned Benatar a Grammy nomination for Best Female Pop Vocal Performance alongside Linda Ronstadt, Tina Turner, Madonna, and Whitney Houston. It was awarded a Gold certification in Canada for sales of 5000 units.

really miss classic rock. What happened to the great music like this we had at one time? I would love to see classic rock come back for good. A Crazy World Like This Pat BENATAR:

Pat BENATAR Takin’ It Back: 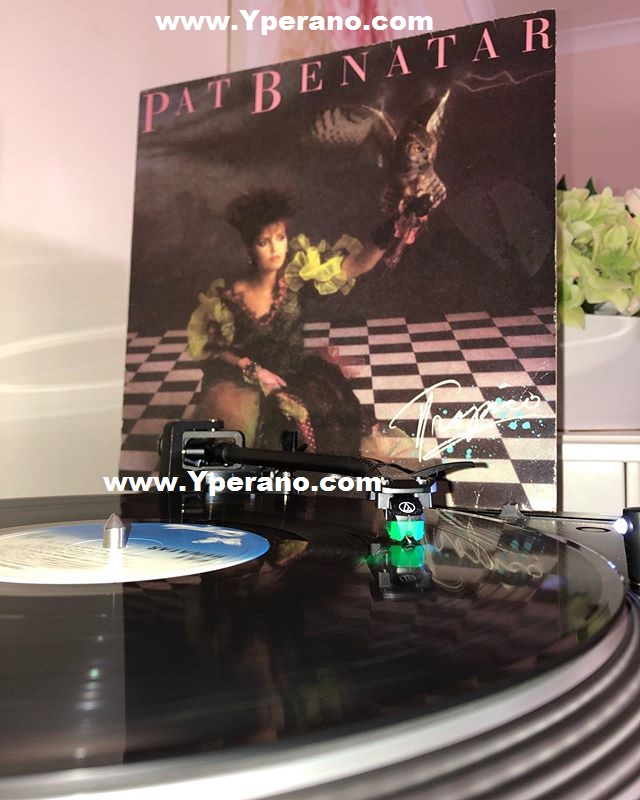 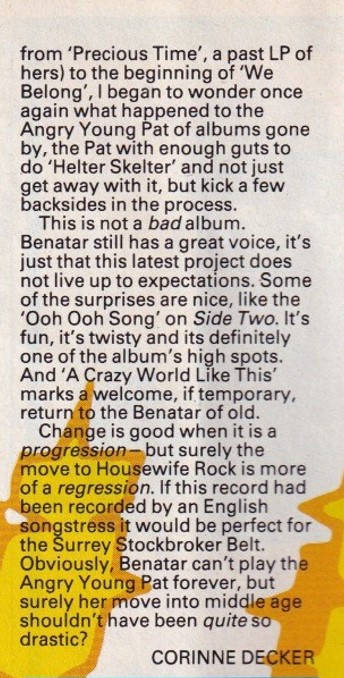 Be the first to review “Pat BENATAR: Tropico LP 1984. Check hits “We Belong”, “A Crazy World Like This”, “Takin’ It Back”. CHECK VIDEO, audio and video analysis of the song “We Belong”.” Cancel reply 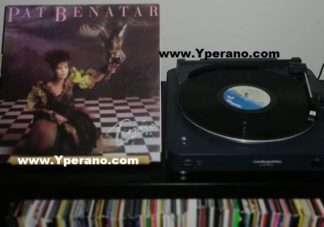