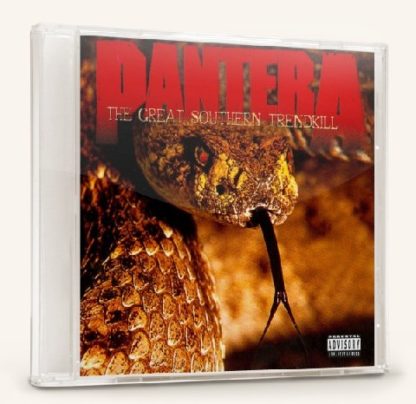 The Great Southern Trendkill is the eighth studio album by Pantera. It was released in May 1996 through East West Records. It reached #4 on the Billboard Top 200 chart. Due to tension within the band, Phil Anselmo recorded the vocals alone at Trent Reznors Nothing Studios in New Orleans; Dimebag Darrell, Rex Brown and Vinnie Paul recorded the music at Chasin Jason Studios in Dallas, Texas.

“Floods”, the albums longest song, contains a guitar solo considered by many to be Dimebag Darrells finest. Guitar World magazine voted it as the 15th greatest guitar solo of all-time, Dimebags highest ranking of three solos to make the list (the other two being his solos from “Cemetery Gates”, ranked 35th, and “Walk”, ranked 57th).

The Great Southern Trendkill features some of the fastest tempos and most down-tuned guitars that the band ever recorded. It also has a more experimental nature to its songs, such as the acoustic guitar and keyboard-laden “Suicide Note Pt. I”.
Unlike Pantera’s first three major label albums, the vocals are often double tracked and layered to create a more “demonic” effect. An example of this can be heard in the chorus of “13 Steps to Nowhere”, when Phil Anselmos singing voice is backed up by high pitched screaming, done by Seth Putnam of the band Anal Cunt.
The lyrics tackle topics such as Anselmos hate for the media (“War Nerve”), suicide (“Suicide Note Pt. I”), drug abuse (“10s”, “Living Through Me (Hells Wrath)”) and the end of the world (“Floods”), and Anselmos view on trends (“The Great Southern Trendkill”, “Sandblasted Skin”).

Melody Maker (5/25/96, p. 49) – “It makes my brain hurt, my eyes water and my genitalia retract like a startled turtle. I cannot think of higher recommendation, considering the kind of album it is. If it made me feel all warm and gooey or tearful and lovelorn, then it would be a pitiful failure by its own lights.” 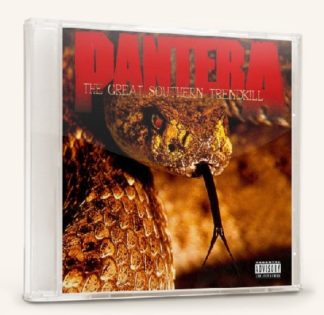