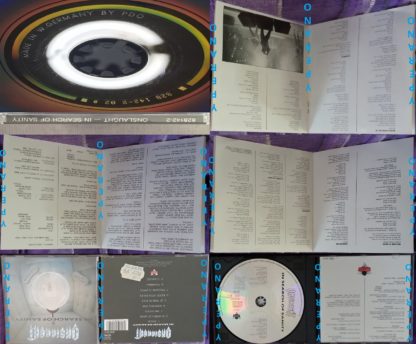 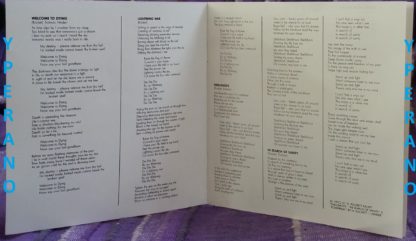 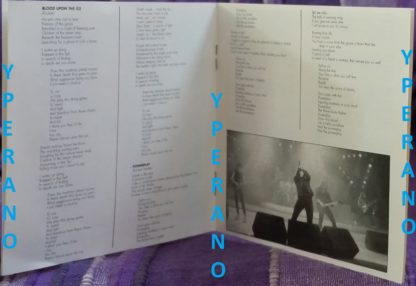 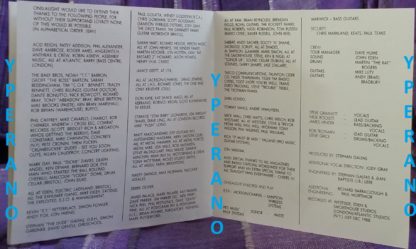 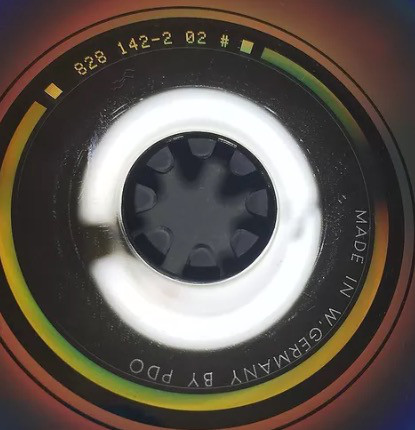 the legendary 3rd album, originally released on the major label London records in 1989. This album was a milestone in thrash/heavy metal music and still sounds great today.

Classic British thrash.
They went slightly commercial on this one and nothing like the brutal later stuff. Well worth a listen..

British 80’s Thrash
A forgotten gem from the 1980’s British Thrash scene. Catchy hooks, crunchy precision, and acrobatic vocals. A winning formula. You’ll be humming these power-ditties for a long time after. 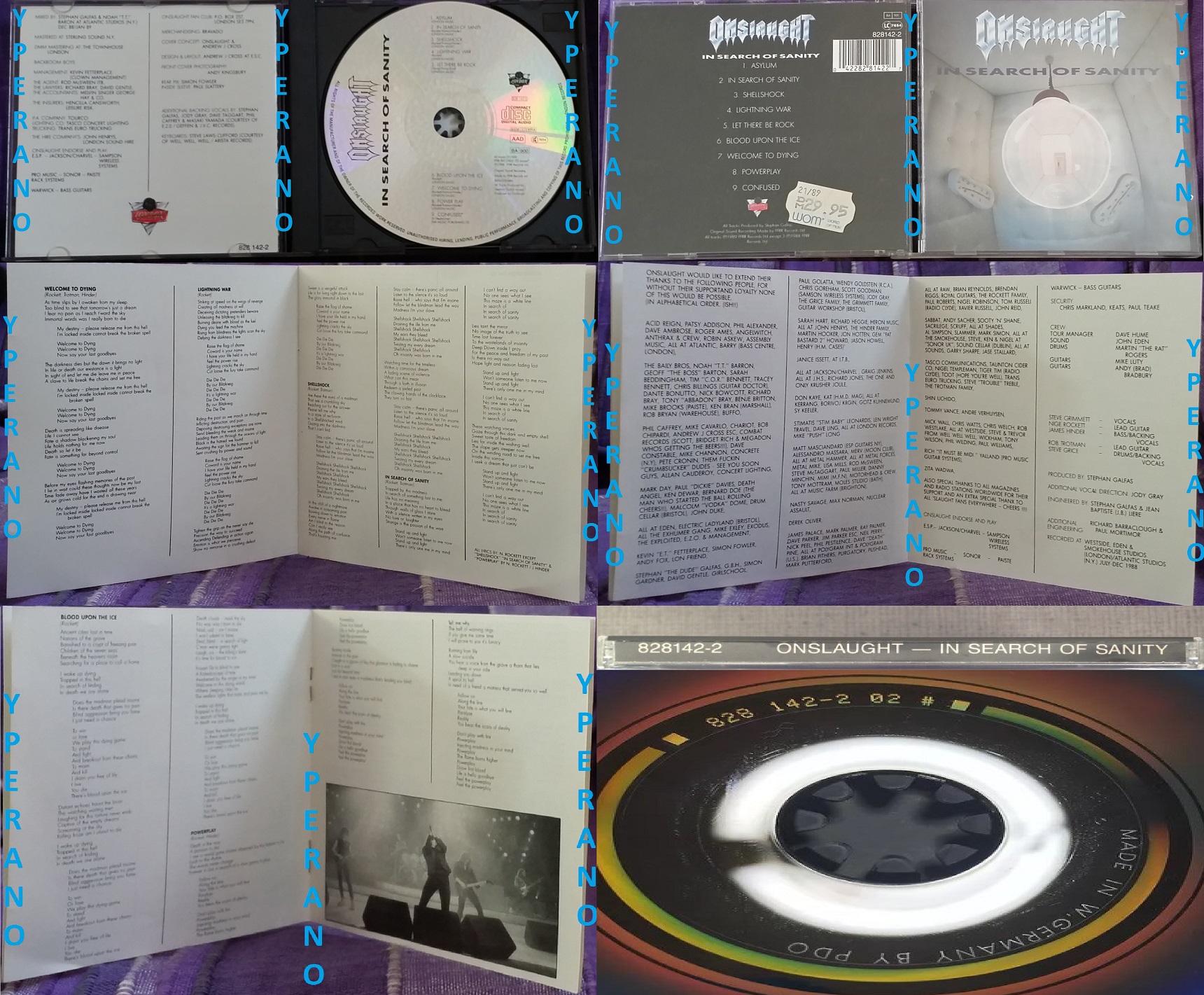 In UK, thrash was booming throughout the 80’s and well into the early 90’s. Bands such as Xentrix, Sabbat, Hydra Vein, and Acid Reign played a very hyper form of thrash that rivaled some of the Bay Area’s finest. One band named Onslaught however were playing a more black metal inspired form of thrash on albums such as “Power From Hell” and “The Force”. I just want to go on record by saying I can’t stand black metal. Due to this, I didn’t really like Onslaught’s first two albums, and I couldn’t stand Sy Keeler’s vocals. However, when Onslaught signed to London Records, the label brought in Grim Reaper’s Steve Grimmett to replace Keeler. This was without a doubt, the absolute BEST thing to ever happen to Onslaught in my opinion. Grimmett is a much more capable vocalist than Keeler, and his voice would better suit Onslaught’s more progressive 3rd release, “In Search Of Sanity”.

The record is much more melodic than the first two, and Grimmett’s performance is one of the best vocal performances in thrash. His voice often reminds me of Spreading the Disease-era Joey Belladonna, which is a good thing. The production is much more defined, and all the instruments shine through. I know a lot of Onslaught fans say they can’t stand this album, but I beg to differ. The compositions are better crafted on this record, and the riffs and solos are superb. Onslaught’s main guitarist and songwriter Nige Rockett is at his peak here, and the other guitarist Rob Trotman does a wonderful job as well. Bassist James Hinder is audible throughout much of the record. His bass is especially creative on the epic 12 minute power ballad “Welcome To Dying”, it stands out among the other instruments and has a personality of it’s own. Steve Grice does a decent job on drums, however his playing isn’t anything earth shattering.

I have only one complaint here, and that is the 5 minute long intro titled “Asylum”. It’s basically just a bunch of sound effects and it’s WAYYYY too long! I won’t deduct points for this however because it sets the mood for the rest of the album rather well. The title track has an awesome main riff, and Grimmett’s vocals really shine here. “Shellshock” is excellent with some of the best vocal melodies on the record, the riffs are again brilliant, they have some groove to them too which makes for another killer track. The AC/DC cover of “Let There Be Rock” while good, is kind of forgettable. I won’t deduct points for this either because I am pretty sure the band were forced to record this because the record label most likely wanted a more accessible track on the album. One of the highlights of the record is “Lightning War”, in which the lyrics concern a blitzkrieg attack. The main riff is one of the best thrash riffs ever, and will make you violently headbang throughout. “Blood Upon The Ice” is another epic track, which features some cool vocal melodies once again from Grimmett. The best song however is the aforementioned “Welcome To Dying”, which has all the components of what makes a masterpiece of a ballad. The song isn’t overly sappy, this is how REAL MEN write ballads! The solo near the middle of the song is perfect, and the 12 minutes fly by. This is the recommended track that you should definitely check out!

“In Search Of Sanity” is the best Onslaught album ever. It has the awesome vocals of Steve Grimmett, incredible songs, kickass solos and riffs, audible bass, and forceful drumming. This is one of the best UK thrash records, and despite the 59 minute length, it never gets boring. I highly recommend this to fans of Xentrix, Anthrax, Sabbat, Pyracanda, and Metallica. This is a good one, check it out as soon as possible if you haven’t already!

Highlights: “In Search Of Sanity”, “Shellshock”, “Lightning War”, “Blood Upon The Ice”, and “Welcome To Dying” 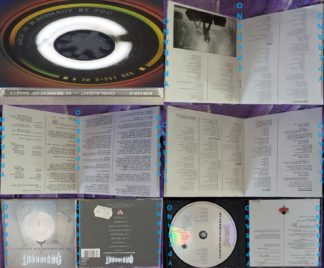