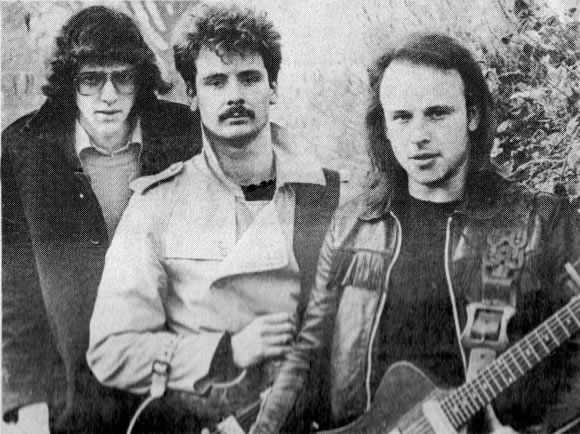 Dave Hickman (d) – also in Nitelife, The Amazing Green Paradox and The Hollowkind

Notes:
– Karl Foster works as a journalist/writer for several publications including Total Guitar and Digital Photographer.
– Could be considered as one of the forefathers of Folk Metal due to the strong Folk element of their later works 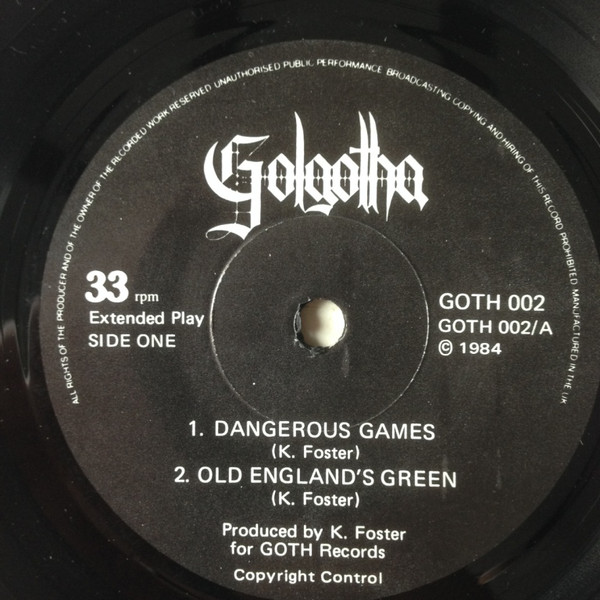 1984 – Dangerous Games
Golgotha release a 7 EP on the independent Goth label
November 1984 saw the release of a 7-inch EP featuring four tracks:
1. Dangerous Games,
2. Old England’s Green,
3. Air
4. The Great Divide.
The release, on the independent Goth label, prompted a nationwide tour through April, May and June.
The set for the tour featured The Great Divide, Dangerous Games, Raining on Still Waters, Another Sunny Christmas, Follow the Past (with Air) and a medley of rock classics.
The release of Dangerous Games saw Golgotha achieve its first international recognition. Radio play followed in countries beyond the UK. The USA, Belgium, France and Holland all saw radio stations picking up on the EP. Golgotha heard from an Italian progressive fanzine Prometheus Fire, which reported that Air was being used as the backing music for an Italian TV programme.
The band appeared in other fanzines such as Forearm Smash, where Dangerous Games was listed at No.25 in their charts (higher than ZZ Top who were at the height of their success at the time) and was voted EP of the year. Midwest Militia in the USA, Metal K.O. in Canada and Typan’s in Belgium all carried Golgotha stories.
However, it wasn’t all good news. The Independent Labels Association, which had been due to promote the EP, folded unexpectedly leaving the band short on promotion. In response, Golgotha hit the live circuit. 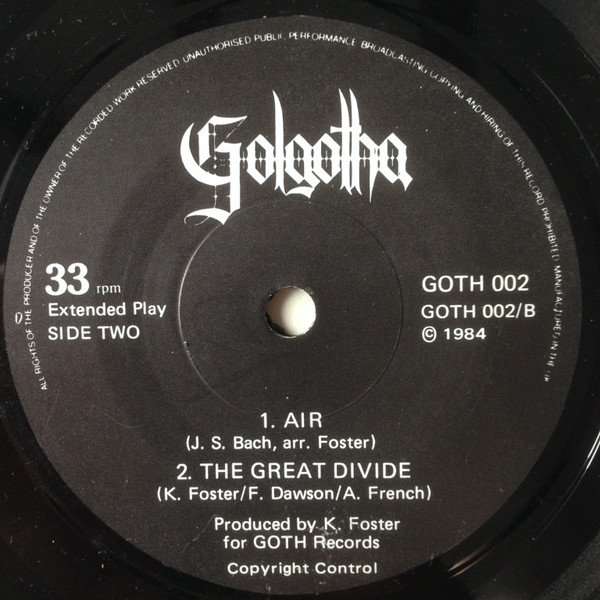 (Cheshire, UK. Not to be confused with Wolf from Newcastle, UK)
1.See Them Running 03:24
2.Creatures of the Night 03:24
Gremlin
GREM 72 Never issued in a picture sleeve.
1981
Rumsey
Clowes
Tunstall
Mason
We are not talking about Wolf from Cumbria (formerly Black Axe) but about the more obscure (and much heavier) Wolf from Chester. The Wolf we are talking about was formed at the height of the New Wave Of British Heavy Metal period in the year 1979. Wolf put out their only 7″ single on their own Gremlin Records label in 1981. The two songs “See Them Running” and “Creatures Of The Night” (not related in any way to the Kiss song of the same name) were produced by Colin Richardson and Ian Blackburn (of N.W.O.B.H.M. colleagues Turbo). In the three years between forming the band and releasing the single Wolf was not very active. They had many, many ideas but not a lot of songs ever got finished. The two songs from the single were both somewhat centred around the werewolf theme. As the single was self-produced and self-pressed, the neat logo was also designed in-house. One of the guys in the bands trusty little road crew was responsible for the grim-looking werewolf.
“Creatures of the night rushing across the sky
Creatures of the night watching people die
Creatures of the night in different shapes and form
Creatures of the night be before my eyes”
—————————————————
I’m a sucker for songs that start off with wooey noises, and Wolfs “See Them Running” is a great example – not only that, but it even continues in a Hawkwind space punk style almost more Hawkwind-like than Hawkwind were in 1981.
The riffing is intense, with a huge wall of guitar, and the chopping and changing to drum and bass fills maintains the interest nicely. The way it all hangs together, combined with the attitude, really slays.
Creatures of The Night is a more atmospheric piece with some very tasty licks, phased cymbal washes, and a bit of a Fast Eddie Clarke / Tony McPhee feel in the constant soloing – the McPhee influence coming through most strongly in the main wah-drenched episodes. Very tasteful indeed.
Definitely one to rescue from obscurity – two really cool songs with that authentic NWoBHM charm, yet outstanding in the distinctly left-of-centre ambience.

Notes:
– Active from 1980 up until 1985
– Throughout their short career, After Dark played numerous gigs and shared the stage with bands such as Diamond Head, Samson, Y&T and Trust
– It has been reported that additional material for a second album does exist. 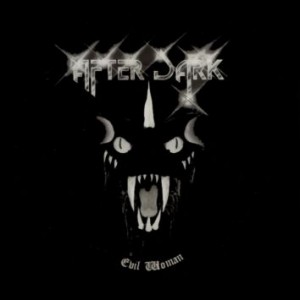 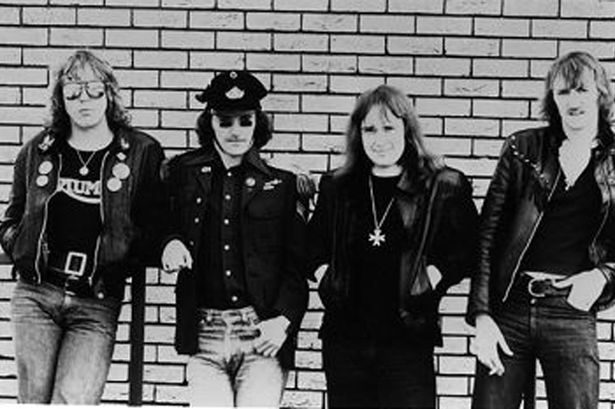 Notes:
– Their roots go as back as 1973 when Ian Smith (g) John Ace (b) played together at a school band called Spectate II.
– An ealy formation of Jameson Raid was the punk outfit Notre Dame which featured most of their founding members.
– Jameson Raid split up by the end of 1982 and reformed in 2010.
– In the early 1980s they provided support for bands such as Magnum, Def Leppard, Saxon, Iron Maiden and Judas Priest
– Appeared on “Metal For Muthas II” (LP, EMI, 1980) with the track ‘Hard Lines’. On this compilation they were credited as “The Raid”

*White sleeve on the first pressing limited to 1000 copies. Second pressing on black sleeve limited to 2000 copies. Both pressings have the same catalogue number 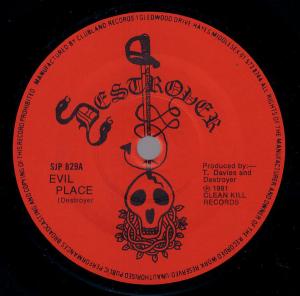 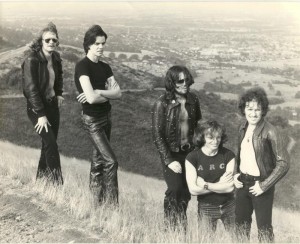 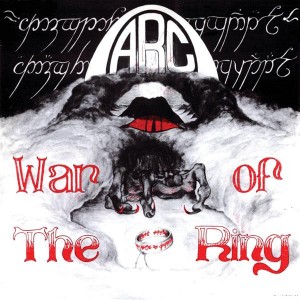 War Of The Ring

*promo copies with gatefold cover and lyric sheet do exist.
*The Phoenix Records 7″ is a bootleg. Comes in blue vinyl and is limited to 250 hand-numbered copies