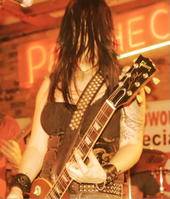 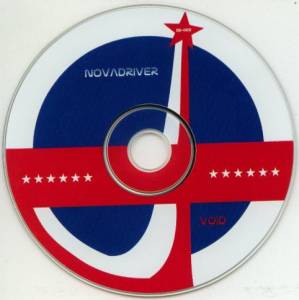 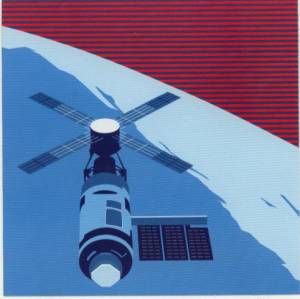 super cool CD of hard stoner rock – has a real Monster Magnet feel to it. Retro psychedelia – if you like Monster Magnet – Clutch – Kyuss, I’d say this this will please you too!! Another fantastic disc on Small Stone Records.

Recorded at Rustbelt Studios, Royal Oak, MI
All songs copyright 2001 Novadriver/Astrophonic (Ascap), except trk 10, from Right In The Nuts, A Tribute To Aerosmith
© 2001 Small Stone Records

5.0 out of 5 stars into the VOID!,
Cross Kula Shaker and Monster Magnet and you get a twisted space rock stoner clone called Novadriver who are the best thing to come out of this millennia. You may think only 10 tracks…but behold on, they produce a myriad of electronica/stoner bliss. The songs ‘Rocket Superstar’, spinning into no Future’, shoot the Sky’ and sleep’ are my favourite, their timing on chords are absolutely spot on, the kind of songs you think when you listen to them ‘why haven’t they been done before?’. I hope this band get well known enough to get big because music of this calibur should be recognised.

5.0 out of 5 stars Surprisingly Awesome !!!!!!! The album is rich and strong and most importantly – it rocks. You get an idea of where the music is going after listening to the first 20 seconds and it really never lets down. My hope is that Novadriver isn’t a one-shot. I’d like to hear what they sound like on album # 3. Worth the trip!!!!!!!

5.0 out of 5 stars Void
This is a MUST BUY!!! The whole CD is absolutely amazing! Rock-n-Roll at its finest!!!