Sony Records Promo Lp. Noiseworks sprang into the spotlight in Australia with their top ten surprise hit single “”No Lies”” in 1986. The press dubbed them an overnight success. What the papers didn’t know was that Noiseworks had been busy paying their dues for five years previous. Vocalist Jon Stevens began his career at 16 when an EMI representative caught Jon singing in a talent contest. After recording a single that hit number one in his home country of New Zealand, Jon tried the American music scene on for size. It didn’t fit. Unflustered he moved on to Australia where Noiseworks was eventually formed and released 3 hit albums, toured extensively, and enjoyed supergroup status Down Under.

A news item covering Noiseworks’ outstanding free performance on the steps of Parliament House, promoting their third album “”Love Versus Money””.
Love vs Money produced two singles in the form of “”RIP Millie”” and the Cult-influenced “”Hot Chilli Woman.”” 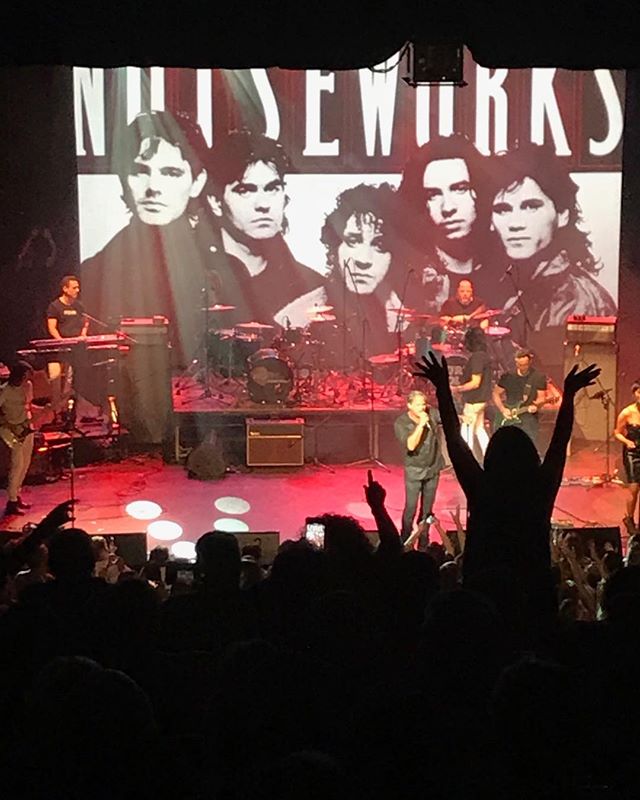