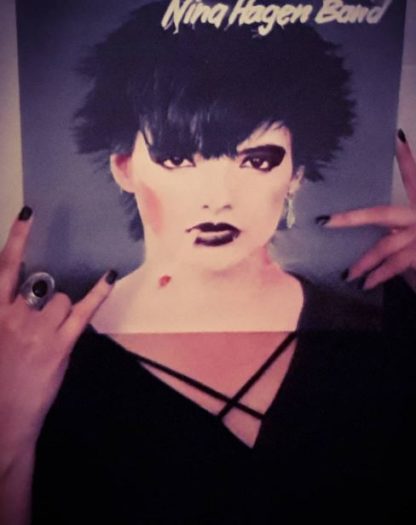 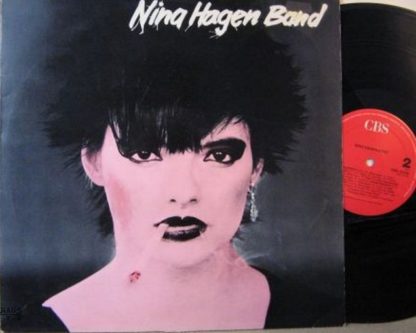 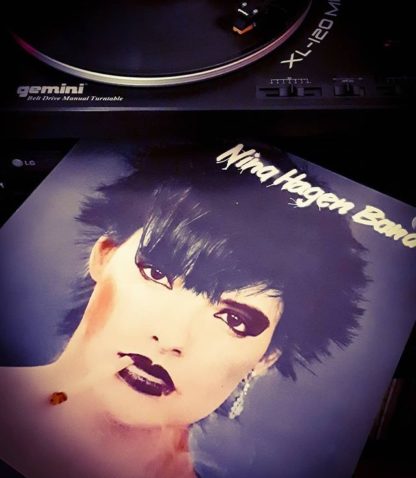 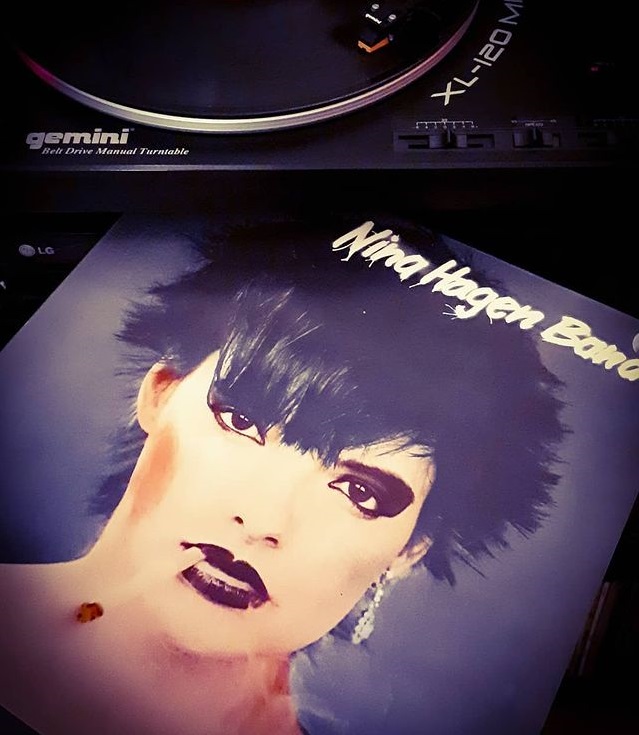 10 out of 5, this is top of the pop. There is nothing, that can be compared to at all. Once I had Yma Sumac – Miracles, that shows a similar range at the voice, but missing the power and drive, and furthermore the fun, you can feel here. Nina is a protest singer with own opinion, was a hard critic to the regime of the GDR, that has managed to surpass the censorship. TV Glotzer, shows up her disappointment with the brainwashed western culture.
Curiously this album is missed at most kraut rock listings, while it belongs to the top of it. On the other hand is seems not as curious, if remembering the brainwashed society again, thinking kraut rock is something totally different and hard to find or something like that. I recommend both Nina Hagen Band – albums to everyone, who is into good rock music. 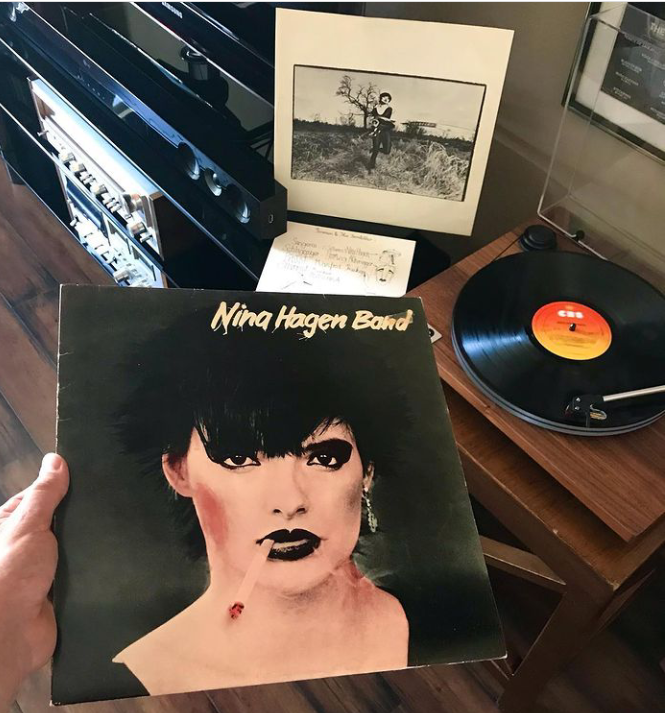 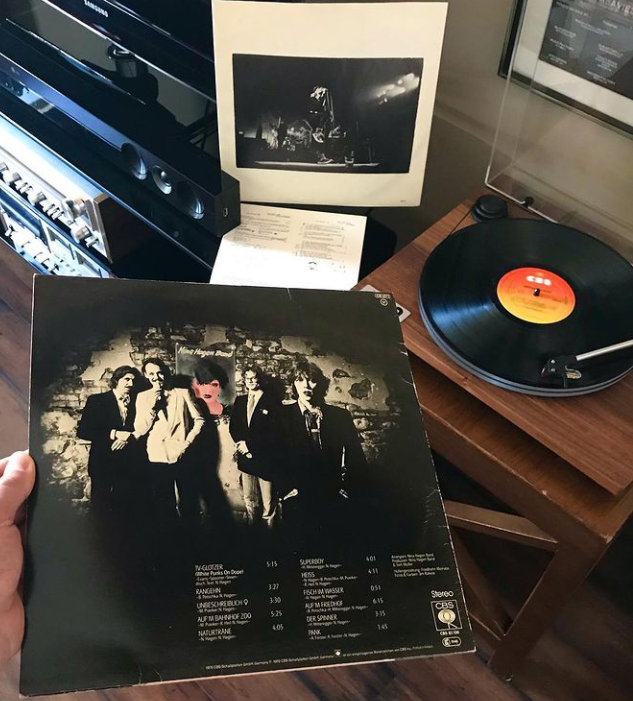 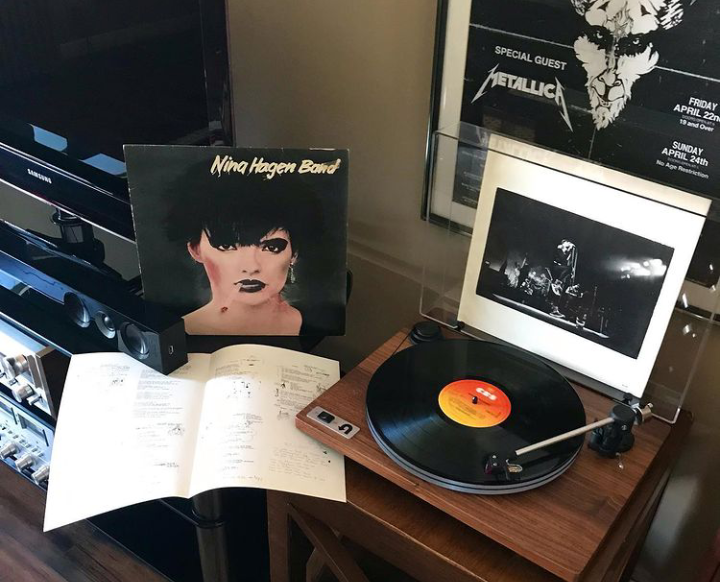 A stunning record, very amusing – Nina Hagen really rocks. A record that combines several influences – Krautrock, Punk, Opera, Glam, Hard Rock and Disco and at times even the premonition of Goth. This is a fine combination in itself with both, a parody (‘Pank’, superboy’) and serious attempts to rock your balls off (‘TV Glotzer’, ‘Auf’m Bahnhof Zoo’, ‘Rangehn’), while on the other hand there are arty in-jokes with ‘Fisch im Wasser’ which even reminds of the Residents or Laurie Anderson theatrics. ‘Nina Hagen Band’ is filled with controversy head to toes and makes it such an entertaining summary. Her deranged, energetic operatic vocals, also very much in the likes of Diamanda Galas or Maredith Monk, would certainly cause Monserrat Caballe or Maria Callas big headaches without any help from the aspirin (‘Naturträne’). But as someone once said – ‘The mother of Punk so what the funk’. Just like Klaus Nomi, Nina juxtaposed Opera with unfriendly textures of Punk Rock that twist the knife in eachother with such charm. A record that integrated so many different styles back in 1978, but today it still sounds extremely refreshing. And great fun, really great fun. 5/5

5.0 out of 5 stars WEEEIIIIIIIRD !!!!!!!!,
Man,this maybe artsy punk,but believe me,that doesn’t take away any of the energy and anger that every song transpires.This,her first album,was produced and recorded entirely in Germany,and only after a several listenings and provided you have a great understanding of the brit punk scene you will be able to find the sublets of influences from that scene, coz this is Teutonic punk rock at its weirdest.At realistic volume levels,few people will be able to tolerate the ear piercing vocals,which can shift from a 20 hz growl to a 15.000 Khz window shattering high note in a split sec. !!! Musicianship is good and the sound is better than it has rights to given the fact this is 1978 low budget (but GERMAN) recording.Oh,almost all of the songs feature lyrics in German,which may be annoying for anglo-saxon, non German speakers.I can speak some German but even if I wouldn’t I’d still LOVE this album.

5.0 out of 5 stars A classic album
Nina Hagen was amazing when this came out. Still a great album.

5.0 out of 5 stars Punk masterpiece holds up sooo well.
Oh, holy smoke, is this good! The Nina Hagen Band ruled my life in high school at the beginning of the 80s — and I didn’t speak a lick of German and wasn’t even a punk. I just recognized a masterpiece when I heard it.

Thing is, I’m in the process of liquidating a 700+ piece record collection, one that’s full of music I love – Steely Dan, Steven Reich, Phillip Glass, Depeche Mode, Supertramp, Pink Floyd, Laurie Anderson…I could go on and on. But I discovered after a few recent listens that I no longer care to listen to most of it. My tastes have developed far more sophisticated processors, and popular music has come a long way in the last fifteen years, to say nothing of the last thirty.

Theres nothing in my vinyl collection as sophisticated as Radiohead, for instance. Or as knowing as The Eels. Nothing with the textures of the Junior Boys, the creepy depths of Aphex Twin, or the wisdom of the Love & Theft era Dylan. Indeed theres precious little in that whole wonderful collection of vinyl I care if I ever hear again.

The Nina Hagen Band is one of the few, perhaps the only album from my early years I still listen to really loud even now, close to thirty years after it first hit my consciousness. This is a dense, muscular punk album with an art-punk aesthetic, anchored by Hagen’s incredible vocal range and power. She was an opera prodigy from the time she was 9 or 10, and you can really tell here. And her backup band is amazing, too, with a monster drummer who holds every piece of it together by sheer force of will. Hagen was way ahead of the curve in understanding the sweet spot price point for digital music.
Major hero, and a huge influence on every female punk who followed her, whether they knew it or not. Its amazing how contemporary The Nina Hagen band feels today.

5.0 out of 5 stars German Punk Classic,
This album of German songs contains gems like Unbeschreiblich Weiblich, her energetic version of the Tubes’ White Punks On Dope (TV Glotzer), and the awesome operatic rock excursions Natuertraene & Heiss. The album became an instant cult classic on the indie/alternative scene around 1978 but was perhaps too quirky and unusual to establish her in mainstream rock. And the songs are all in German, but it did find a small appreciative audience in the Anglo punk sphere. The music shows the creative embers burning brightly, extending the boundaries of rock and punk in its seamless operatic fusion and innovative rhythmic explorations. She performs with enthusiasm, the playing is tight and the arrangements are always captivating and often atmospheric, whether mainstream or experimental. This music was highly original then and has stood the test of time very well.

5.0 out of 5 stars Great LP
This is a super pick. Nina sings her heart out. Sometimes she tries a little too hard (showing off her exceptional range) but for sheer exuberance and talent these performances have few equals. Great fun and definitely worth a few bucks. 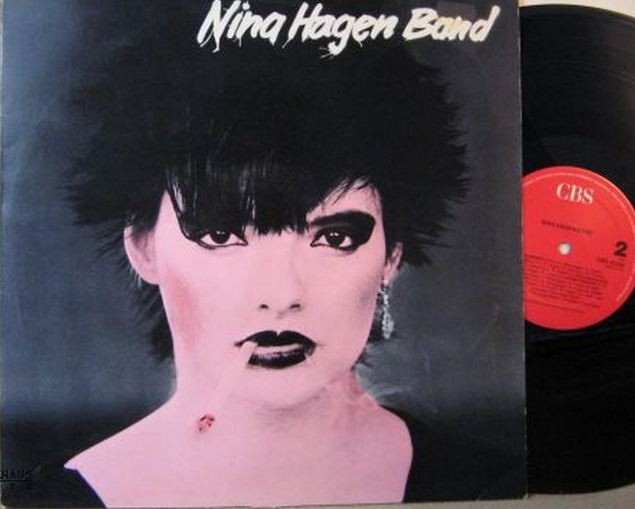 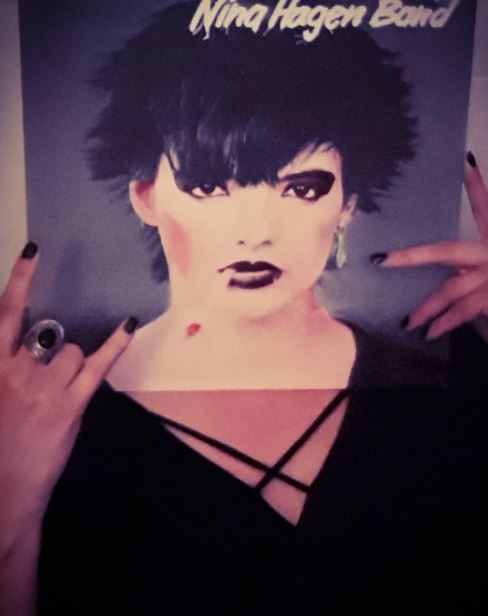 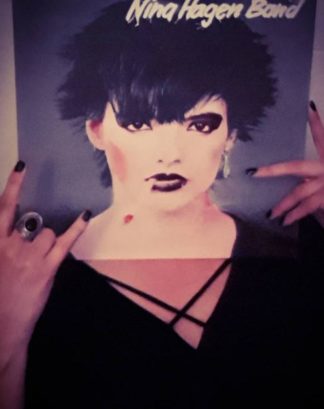