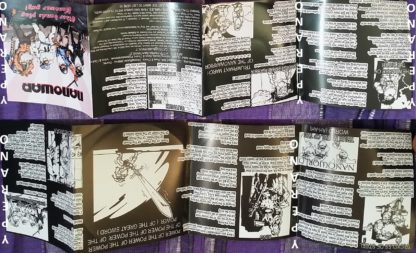 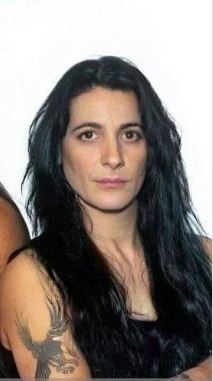 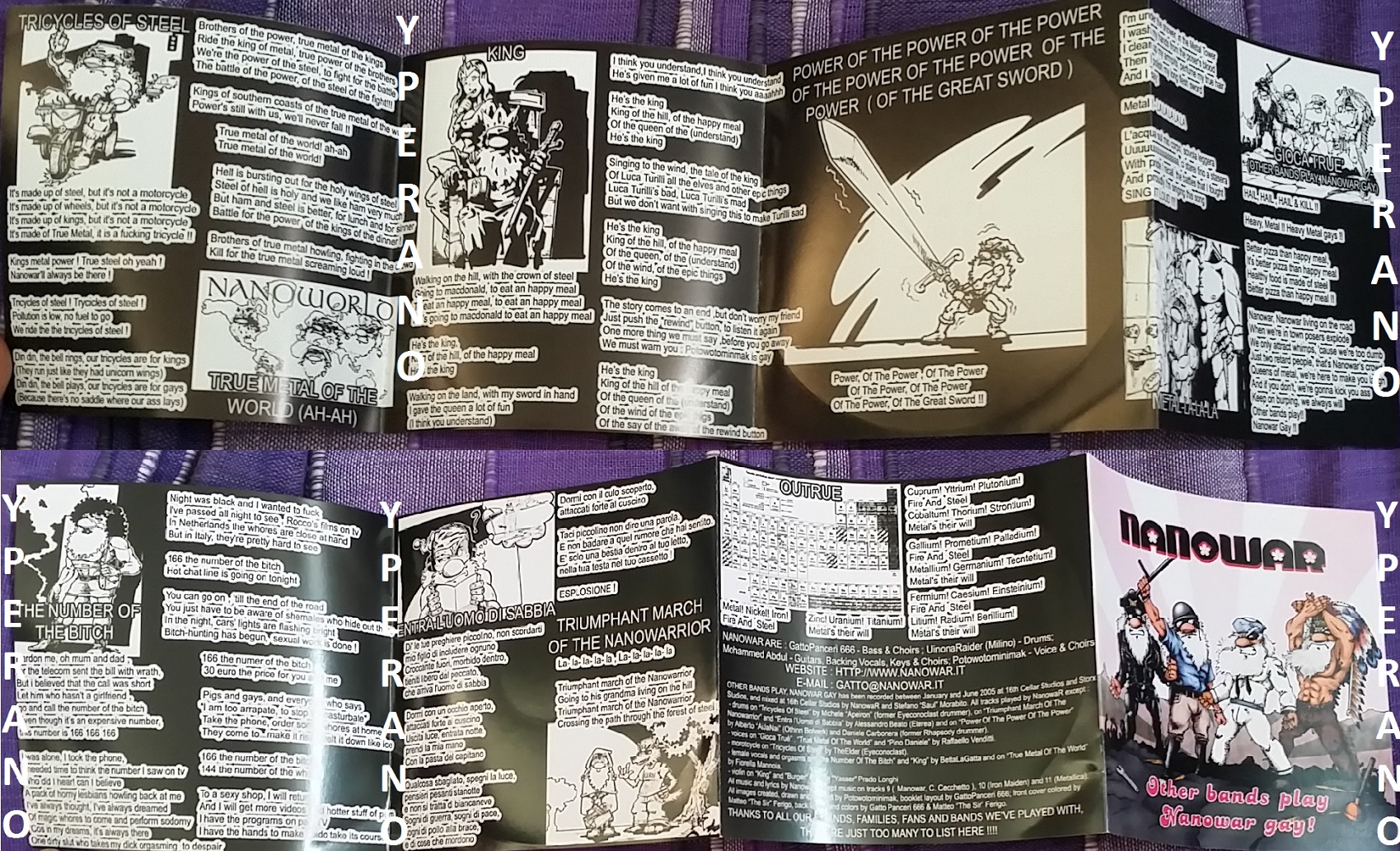 a parody of modern Manowar — thats Triumph of Steel onwards, basically. No-one except really passionate Germans likes that stuff, anyway (bringing to mind that other time they really got passionate, er, so, when David Hasslehoff brought down the Berlin Wall, right?). There’s so much more that’s funny about this era of Manowar that Nanowar havent touched upon — where are the ponderous, overindulgent interludes (Overture to the Underture of the Over-the- Underture Parts I-IV etc)? The ridiculous bass solos that absolutely no-one enjoys? Hell, even the cover art isnt as funny as Gods of Wars was. Methinks a lot of Nanowar’s parody is based around the Ha, Manowar look like homosexuals school of thinking (and regardless of your opinion on Manowar; they do have sex with more ugly German women) rather than a more musically-based parody, which is ultimately more funny when done right.
Nanowar are the sort of joke band youll want to play this again and again just like you did with Tap or Bad News. Its a step-up from the fat people shout at each other comedy of Tenacious D. 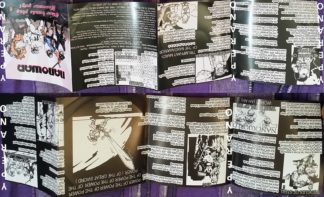