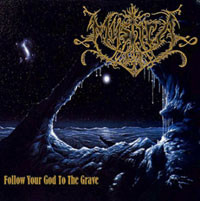 MYSTICA: Follow Your God to The Grave [French Black Metal with a female bass player]
FREE for CD orders of £20+ 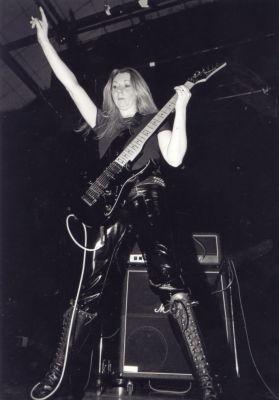 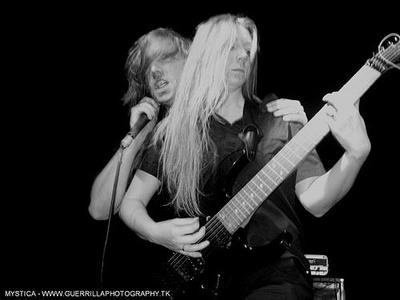 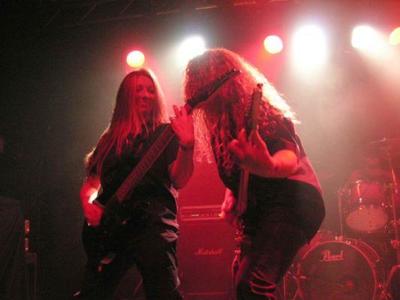 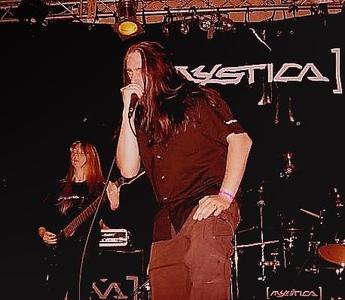 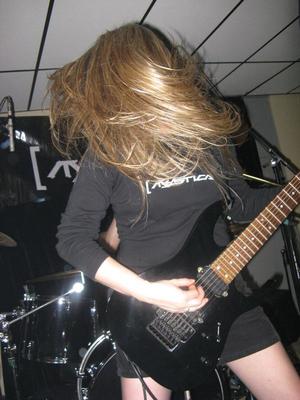 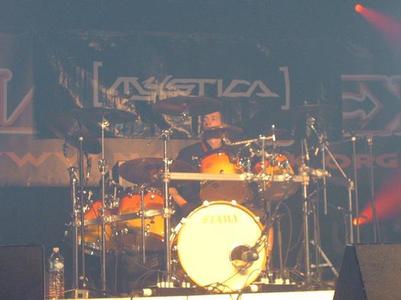 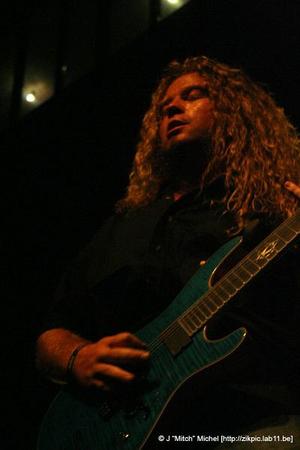 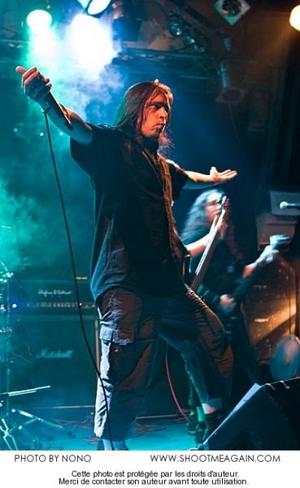 Mystica was formed in June 1999 in Charleroi and gives its first show in October 1999. Soon after their first demo FOLLOW YOUR GOD TO THE GRAVE comes out (January 2000).
A first line-up change occurs before they open for SOILWORK (S). Since then, Cathy is playing guitars. A “Promo Live 2000” is recorded in September during a concert with the French band ANOREXIA NERVOSA and catches the attention of Painkiller Records.
In November 2000, Mystica plays its first concert abroad together with PRIMORDIAL and IMMORTAL (N) in Baroeg, Rotterdam (NL). This concert is sold-out! Before the release of “Blinded By My Blood”, Mystica plays five shows in Belgium and in the Netherlands with the Swedish band GRIEF OF EMERALD. Promotion for the album begins in July 2001 with a row of concerts in Belgium, France, the Netherlands and Germany with bands such as SINISTER (NL), GOD DETHRONED (NL), HYPNOS (CZ), NO RETURN (F) and four dates with BENEDICTION (UK). To conclude, they play in Paris at The Locomotive with MARDUK (S) and BAL-SAGOTH (UK) in December and with CANNIBAL CORPSE (USA) in Tilburg for the X-Mass Fest.
In January 2002, Cathy and X-Noise remain alone in Mystica for musical and personal reasons. Nordic Reaper (drums) and two other musicians join the band in March 2002. A new change occurs in December 2002: Gaborin (bass) is now in the band. A few gigs are performed with the new line-up (with GODDESS OF DESIRE (NL) and CIRITH GORGOR (NL) among others).
April 2003, the band enters the studio for the recording of “Human Mutants”. In December 2003, after a six-month break, new musicians are found: Kaosnake (drums) decides to come back into the band after two years of absence and the guitar player from MANIC MOVEMENT comes to help. February 2004, Mystica is finally back on stage for a series of concerts.
In May 2004, 68AD (keyboards) completes the line-up and Gaborin leaves his place to 68AD as bass player. Many gigs are done in 2004 and 2005 with such bands as ABORTED, AKANGEL, IN-QUEST, …
After two years of waiting, Painkiller Records finally gives the second CD out. But the band is, at that time, already recording a four-title mini-CD in the Midas Recording Studios (Hooverphonic, Backfire, Length Of Time, Oceans Of Sadness).
In November 2005, Mystica is on a mini-belgian tour after which SOD decides to leave the band. He is replaced by Alveyr since early 2006.
Since January 2006, Mystica has opened and supported bands such as ABORTED (B), SCARVE (F), DAGOBA (F), GOD DETHRONED (NL), CALLENISH CIRCLE (NL), IN-QUEST (B), MARDUK (S), ETHS (F) and played at the No Mercy Festival in Tilburg (NL) with CANNIBAL CORPSE (USA), KATAKLYSM (CAN), MAYHEM (N), BELPHEGOR (A), PRO-PAIN (USA) and many more. Mystica is also finalist for the Belgian finals of the Metal Battle Wacken Open Air 2006.
Kaosnake is replaced by The Omen in June 2006.