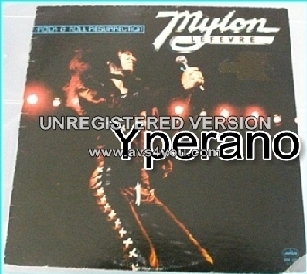 This album is called “”Rock & Roll Resurrection””, but it was really Mylon last Rock & Roll stand. Cause after this album it was Christian music all the way. This is Mylon still at his very best. Though this is also very 1979. Which means it Rock with Disco and Funk laced with Southern edges. If you can stomach the late 70 sound of old dinosaurs refusing to die, then this is another cookie jar. Don’t hold back y’all…

Mylon LeFevre is the former Christian rock singer of the Grammy Award-winning band Mylon and Broken Heart and a Gospel Music Association Hall of Fame member.

Based Out of: Gulfport, Mississippi

Unknown-ness: Never heard of Mylon, but as far as I can tell by the title and artwork, this looks to be a straight up Glam record. The hair, leather, title Rock N’ Roll Resurrection, and emotion on the live shot just scream style over content. There is a chance that there is more prog than glam, but that is a fine line in the first place. Either way, looking at all of that in comparison to the song titles, it should at least be a fun record. Also like the disclaimer: “”If you don’t like rock & roll, put this back where you got it””

Album Review: So from what I read, this is his departure album. From here he found his god and dedicated his life to Christian things, including his own ministry. It will be fun to see if there was any hint of that here, or if this was simply over-saturation of sin which lead to rehab and mind erasing.

Let it Flow: slowly, grooves in with wood block clicks and a bluesy deep guitar. The vocals are gritty and not quite words. There is a delightful backing chorus of female vocals which give the song a lot of class, and oddly, a touch of disco. But that could also be the strings that accompany the vocals. The rest of the song is funky, thanks to the bouncy bass. And sax is added in the end, as if to say this is what we were going for all along, and we’re just now giving the riddle away.
Shake: starts with horns from the get go and grooves along with a fun bluesy R&B melody. Most of the lyrics are a general advisement on how to do the dance move, the shake, just like oldies taught you the twist or the swim.
Prisoner: feels more southern rock/country in nature than funk or R&B. But here the lyrics are intelligible and deep pitch. This is a Sunday morning song, as in, it could accompany a waking up at home scene. The end features the female chorus in the background lightening up the mood even more, and bringing a gospel feel to the song.
Life Saver: is a super space funky groove, with watery, echoy jangle-guitar and exotic stellar synth effects all backed by an enlightening bass line.
Baby Don’t Hold Back Now slips down south for a healthy dose of southern rock. A tinkling honky-tonk piano is buried down deep.

Dance the Night Away is a soulful sexy disco number. Strings, wakka-wah guitar and horns take you back to the roller-disco floor. The straight forward two beat drums fuel the coked up dancing rut. And the name pretty much says it all. Toward the end, bongos enter the music soundscape, bringing a more honest jungle rhythm

Sunlight begins with a sentimental tinkling piano, and the vocals are light like a Bee-Gees song, or a musicals take on a day of awakening on a new life. Perhaps this could be read as his awakening to religion, because it sure sounds like it could be.
Keep On Loving You brings back the funk with an honest, cultured vocal, and a side stepping rhythm. The backing female chorus supports the basic melody with its non-lyrical ooohs and baaahs.
Work To Do is a shaking jittery funk song, reminding me a little of the singing style of the Black Crows. It has that touch of Disco at the same time, but it can really be seen as either genre, or both at the same time.
Declaration of Love has a slow tempo and understanding vibe in its tone. It builds up slowly, sparingly and simplistically with a jangly guitar, slow bass beat, steady drums, female chorus and string section until they come together in a disco ballad chorus. 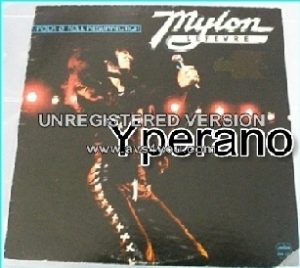