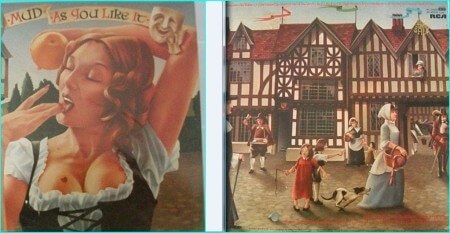 MUD: As you like it. Promo LP. RARE! Glam rock heaven!!

Produced by MUD, As You Like It proved to be their last regular album. It is an interesting enough collection with, once again, the team of Stiles and Davis providing the majority of the tracks. Its a much more upbeat and imaginative album that their previous offering (Mud Rock On) and has a much more light-hearted feel that anything since Use Your Imagination.

The album opens with an excellent version of the old Bobbie Darin hit Dream Lover. I cannot place the vocals here which dont sound like either Les or Ray. Brian Tatum was retained on keyboards, also taking lead vocals for Why Do Fools Fall In Love.. One of this albums singles was a medley of “Why Do Fools Fall In Love”/”The Book Of Love”.

In the five years since the release of their first album, Mud Rock, the band had created a sound all of their own. Ray and Rob had really developed as songwriters, and its a shame that the bands final release went virtualy unnoticed by the industry or the public.

Be the first to review “MUD: As you like it. Promo LP. RARE! Glam rock heaven!!” Cancel reply 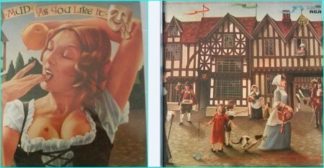