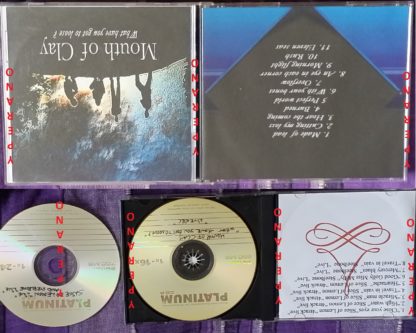 MOUTH OF CLAY: What have you got to loose? 2CDs double CD. Classic Hard Rock / Rock. Great singer, check audio. Free £0 for orders of £25+

Track listing:
1 Made of Lead
2 Cutting My Loss
3 Hear the Coming
4 Burned
5 Perfect World
6 With Your Bones
7 Overflow
8 An Eye in Each Corner
9 Morning Flight
10 Rush
11 Eleven Seas

The band came together just for fun in November 2000. Two rehearsals later we recorded the CD Colours of Utopia containing 6 songs. Four of the songs was made during the weekend we recorded! After just a couple more rehearsals we recorded our first full-length album named A new beginning containing 13 brand new Rocking tunes. Ideas just poppin up all the time. Thats what made us realise, the four of us together make magic. Now one year from the first fun jam we have recorded our second album What have you got to loose ?. This time with 11 new tributes to the Rock scene. We all have the same goals in life: To create Rock music with the magical sound of the 70:s but in our own new style!!! We tried to keep it raw, heavy and with a lot of energy. 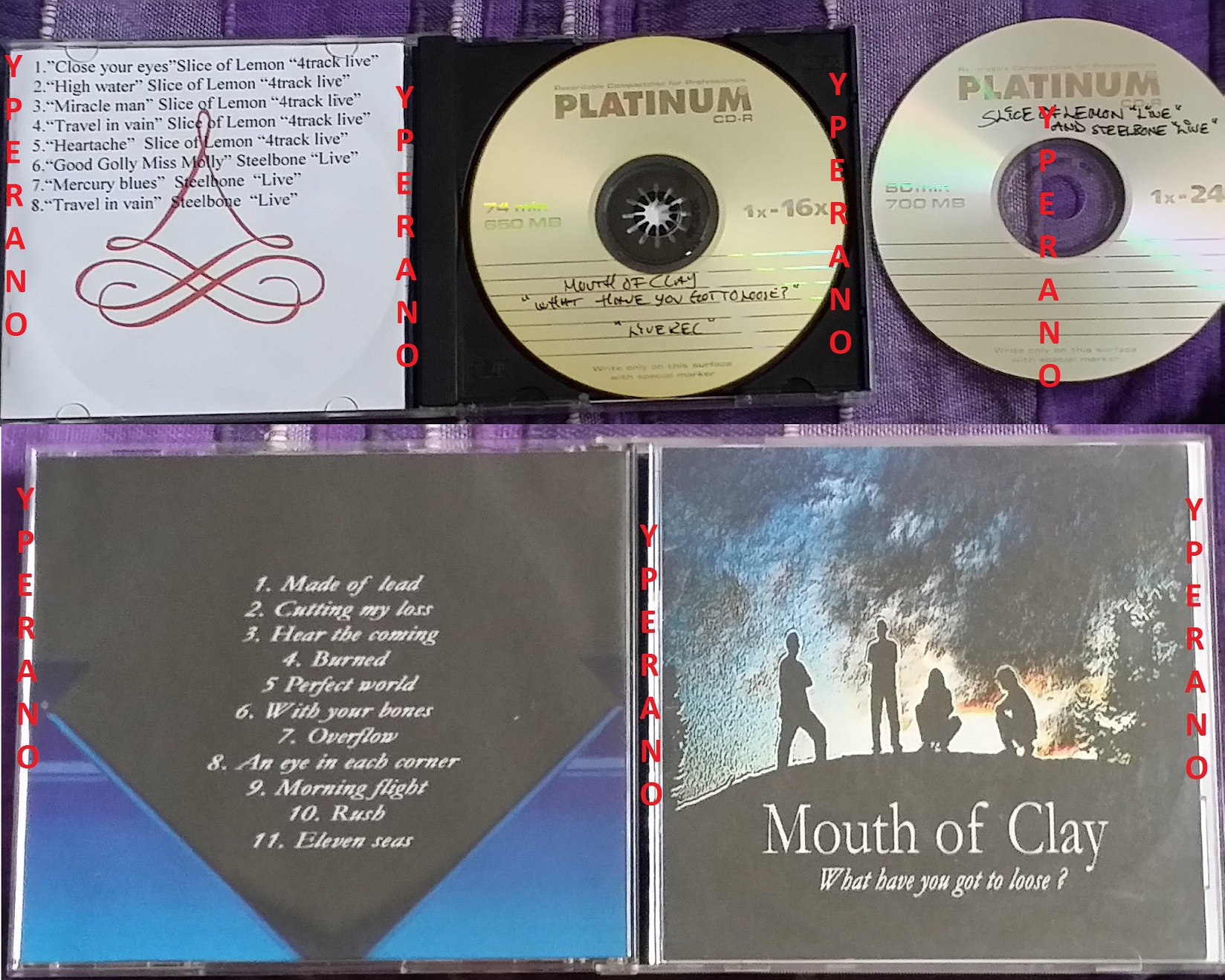 Mouth Of Clay saw its light in the year 2000 in Sweden. This album contains dreamy atmospheres, alternating between powerful sounds. This dynamism makes this album up in the hard-core psychedelic direction, beyond the charm of this album is the gatefold sleeve. A gold inner sleeve is visible via the perforated holes via the main hardboard sleeve.
These four guys had fun with each other and recorded their six track album ‘Colors of Utopia’ on a four track porta studio. After two more rehearsals they recorded their thirteen track album ‘A new begining’ on the same basis as the first demo CD. The original MOC line up: Jock Ericsson (vocals, guitar), Jugge Lindhult (bass), Brunnkan Brunnqvist (drums) and Hawkan Englund (guitar).
Mouth Of Clay’s second line up: Jocke Ericsson (vocals, guitar), Jugge Lindhult (bass), Olle Frödin (drums) and Hawkan Englund (guitar) recorded the eleven track album ‘What have you got to lose?’ in 2001 but this time on a 16 track mobile studio. On this recording they had some guest musicians: John Lindholm on Hammond and Thilde on backing vocals. MOC has received excellent reviews from all around the world and so very proud and thankful for all support etc from: magazines, radio stations, fans, etc. through the years.

Be the first to review “MOUTH OF CLAY: What have you got to loose? 2CDs double CD. Classic Hard Rock / Rock. Great singer, check audio. Free £0 for orders of £25+” Cancel reply 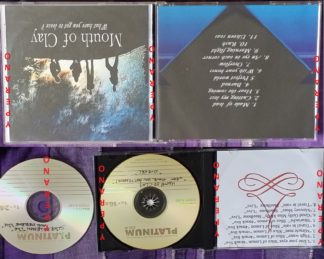