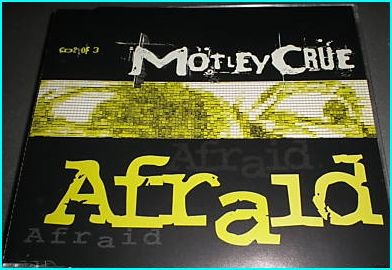 “”Afraid”” is a song by the American heavy metal band Motley Crue, released on their 1997 album Generation Swine. The song charted at number 10 on the Mainstream rock charts.

Music video:
A video was made to promote the single, and was directed by Nancy Baldawil, and produced by Devin Whatley and Joseph Uliano.The video was filmed in May 1997, and first aired on June 9 of that year. Featured in the video is Hustler Magazine head Larry Flynt.

So insecure
There is no cure