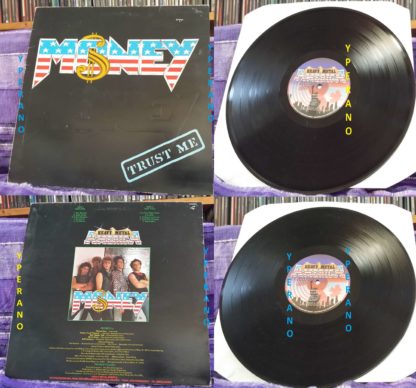 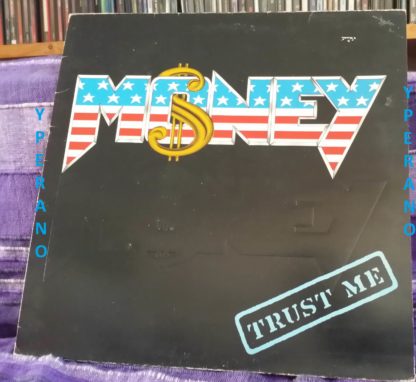 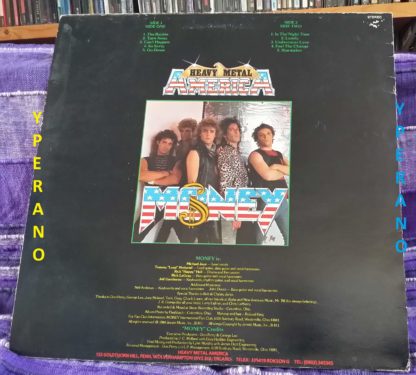 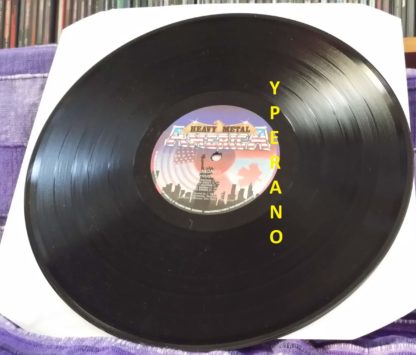 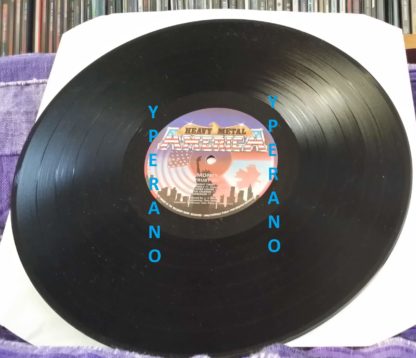 Money   Trust Me
Label: Heavy Metal America   HM USA 2          ℗ Heavy Metal America Ltd
Format: Vinyl, LP embossed sleeve
Country: US
Released: 1984
Genre: Heavy Metal
Tracklist:
A1 The Rockin  https://youtu.be/njQ4ZJN3LCc  [Check exclusieve audio sample]
A2 Turn Away
A3 Can’t Happen
A4 So Sorry
A5 Go Down
B1 In The Night Time
B2 Lonely
B3 Undercover Love
B4 Feel The Change
B5 Starmaker

In 1982, the muffs changed their name to Money, with the original line-up being Tom Weisend – guitar & lead vocals, John Durzo bass guitar & vocals, Rick Hall – drums, and Neil Andrews – keyboards & vocals. That year, they started the first Money album project at J.D. Blackfoots Bison Recording Studios in Columbus. The Money album (Trust Me) was engineered and produced by Gary Hedden. Trust Me received a good bit of airplay. The band opened for such acts as The Babies, Montrose, Cheap Trick, Billy Squier, Mitch Ryder, UFO, The Tubes, Head East, Michael Stanley Band, Donnie Iris, Utopia, Gamma, Humble Pie, Iron Maiden, Night Ranger, and Red Rider. In 1983, Money added Jeff Wilson on guitar and recorded their second album at Bison Studios. Joey Molland (Badfinger) was brought in to produce that album, with Gary Hedden engineering again. This album (also called Trust Me due to time constraints and record company changes) was a bit more rock-oriented than the first Money effort. It was initially distributed by Boardwalk Records in the US and distributed by EMI Heavy Metal America Records in Europe. Joey was also signed to Earthtone Records and recruited the band to play on his After The Pearl album, also in 1983. 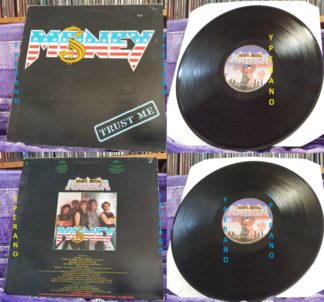