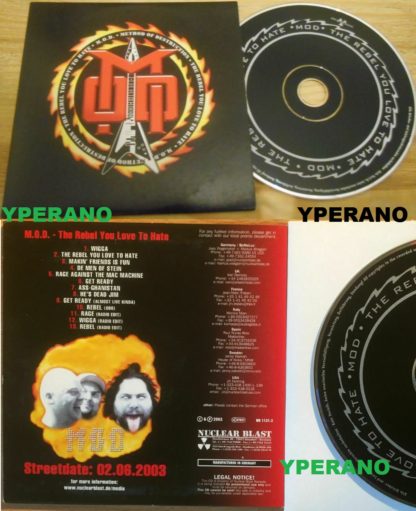 Like most any other comedy record (not that any of this is actually funny), The rebel you like to hate (hope you like the title as the song pops up no less than three times on here) is good for a single listen and little else. Bigot, barbarian or buffoon, there is no denying that in his tenure with Stormtroopers Of Death and Method Of Destruction, Billy has raised more blood pressures per successive release than any other musician in history. Whether taking the piss out of clueless Caucasians (“”White dudes can’t jump or dance / Especially when their butt is hanging outta their pants”” – “”Wigga””), fattened rock ‘n’ roll calves (Rammstein, Rage Against The Machine and KISS are all roasted to cinders) or, once again, Middle Eastern countries (“”Ass-ghanistan””), Milano still excels at excess – unfortunately to the tune of only seven new tracks. (There are however five useless live/remix/edit versions of the new stuff). 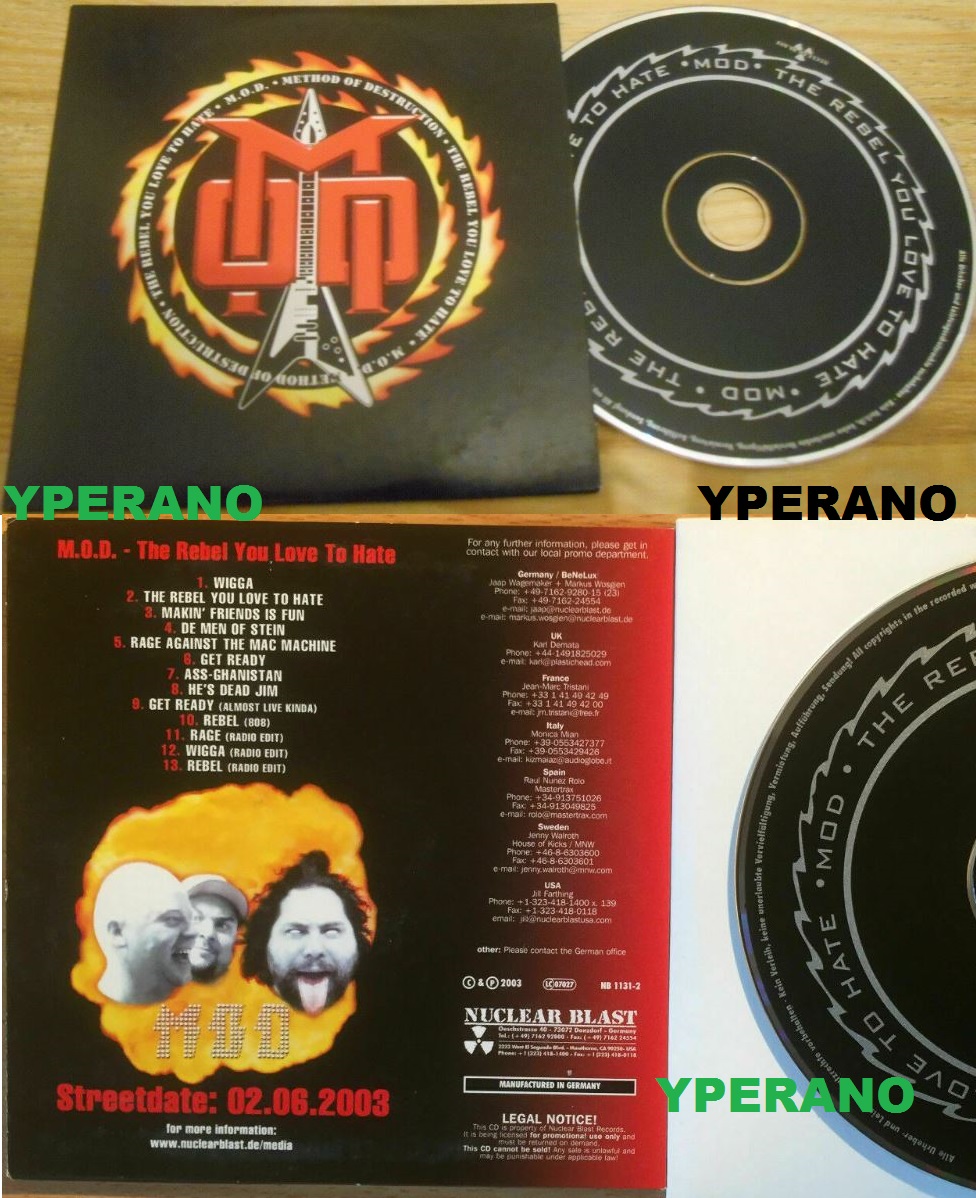 What did you expect? Same old…
MOD has always been known for their somewhat comedic posturing. A mishmash of Mucky Pup-like Hard Core and SOD (what else did you expect of Billy Milano) like Thrash with lyrics that are known for their directness and satire. With the new album little has changed. The music is tight and groovy and Milano spits his words out accordingly. Unfortunately there are no lyrics included with the promo, which makes it very hard to pass judgement upon the diatribe Milano has undoubtedly unchained. And the thing is that the lyrics were always the main asset of MOD. Ranging from Billy’s hate for the Middle East (Ass-ganistan) and Rage Against The Machine (Rage Against The Mac Machine) to his distrust of German bands that glorify march music and other Reich symbolism (The Men Of Stein). But I am hard pressed to come up with some really cool quotes so you’ll just have to listen to the album. And you know? The long and short of it is really simple:

Everyone who likes their metal with humour and has already bought or listened to MOD or SOD can go ahead and buy this album Everyone who takes offence at Reactionary humour or rudeness leave it in the store. The only thing that really sucks about this album is the fact that there are but 8 new tracks (plus 4 radio edits that sound identical to the originals) and that this thing is marketed as a full-length.

M.O.D. in 2003! Very different, but still funny!!! –
Long gone are those days of S.O.D. and M.O.D. lashing out short, sometimes one minute songs making fun of something, or humoring over politics and the world. After the dissolvment of S.O.D., Milano retook up position as bass player and lead singer of the famous, hilarious thrash band M.O.D. Seven years later, a new album will be produced. And let me tell you, the sound is different, very different.

Long gone are those days of short songs. Remember when M.O.D. had over twenty-two songs on an album? Well this album only has nine songs, thirteen songs on the full length (including radio edited versions of some songs). Music wise, this album is a lot different from M.O.D.’s past stuff. No longer carrying on a fast action, thrash assaulting, bass slamming riffs, but a heavier sound. The riffs aren’t thrashy like they used to be, their more up to beat, almost nu-metal sounding at sometimes. Even though it is different, it doesn’t mean it isn’t good. They still have a lot of headbanging riffs, like the intro riff to Making Friends is Fun. Another great musical engima in this album is the sound effects and other added sounds for the laughter, which I will explain next.

M.O.D. has always been about taking something, especially a hot topic, and making fun of it. This album does just that, and much more. The opening song Wigga explains what a Wigga is. A white boy trying to act like a gangsta. Milano uses rap style of lyrics in this song, but it is hillarious and stresses the point of how stupid Wiggas are. Making Friends is Fun and Ass Ghanistan, is about terrorists and how the US will kick their asses. Probably the two best songs, and the funniest ones are De men of Stein and Rage Against the Mac Machine. Rage Against the Mac Machine, without a doubt is making fun of the band Rage Against the Machine. De men of Stein is making fun of techno music and the band Rammstein. They even use the techno sounds that are in the song Du Haust to help prove their dislike. Sound effects and other noises make this album more hilarious; another example of sound effects are in the song He’s Dead Jim, which is a song about being an extra on Star Trek. They put in all the stupid sounds of being transported and vaporised and even voices of some of the real Star Trek characters.

The new M.O.D. is very different, and I am thinking most people won’t appreciate this album. They threw the thrash idea out and got a new heavier sound. One thing they did keep was the funny lyrics and making fun of topics and people. I would recommend checking it out. 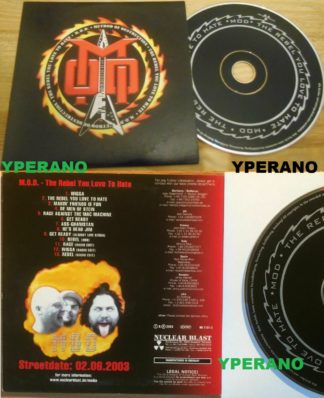