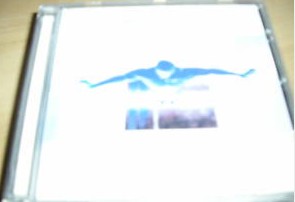 Killer Nu-Metal from the UK that is a mix of Nu and their own brand of hardcore metal. These guys could almost be considered veterans on the live music scene throughout Europe since forming in 1994. Playing numerous live shows which also included being banned for life from a couple of the more closed minded venues, they have built up a name for themselves and quite the reputation as a live act.

For their debut release, Mindjuice worked with UK producer Dave Chang (Earthtone9, Stampinâ Ground, Linea77). The tight, solid production adds another level of heaviness to the ten songs recorded here which contain elements of Prong and Hatebreed along with some slight Pantera influences particularly with the vocals. Whilst some aspects of nu-metal appear on this album, for the most part, it stands on itâs own as a good metalcore debut.
The songs show a pretty good variety in both structure and pace, and all seem to make good use of variation around a basic riff or chord pattern.

5.0 out of 5 stars Overlooked!
This really is a modern metal classic-in-the-making, and by that I mean Pantera-style modern metal, and not the dreaded Nu- variety. Indeed, if you imagine Pantera, with their Cowboy’s From Hell-era sound, modernise this a tad, and remove Dimebag’s guitar solos ,then you have a pretty good idea of where Mindjuice are coming from. This does not mean, however, that they are mere Pantera clones, far from it, it’s just that Pantera is the obvious starting reference point on the Metal Map, (ahem). In short – get into this band as they deserve the attention; with so much crap coming out these days, it makes a change to see a band this good, so soon in their career. And DEFINITELY see them live if you can, I assure you they’ll impress!