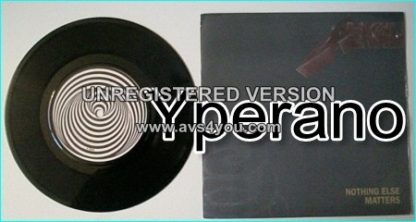 “Nothing Else Matters” is a song by the American heavy metal band Metallica. It was released as the fourth single from their eponymous fifth album, Metallica. The song reached #11 on the Billboard Mainstream Rock Tracks chart as well as top-ten positions on many European charts. “Nothing Else Matters” was featured as a playable track in the Music video game Guitar Hero: Metallica. The song has been covered over forty times.

Singer and rhythm guitarist James Hetfield wrote the song (credited to Hetfield/Ulrich) while he was on the phone with his then girlfriend. Since he held the phone with one hand, he plucked the four open strings of a standard E-minor chord with the other, which eventually made up the first two bars of the song. The lyrics were also dedicated to his girlfriend, which talk about being “so close, no matter how far”, indicating the bond they shared even when Hetfield was on tour. Initially, the song was not meant to go on the album, as Hetfield had written it for himself, but only after drummer Lars Ulrich heard it, it was considered for the record.
The song has now become a staple in Metallicas live performances, and has been dedicated to their fans. When played live nowadays, Hammett does the first part of the intro, and Hetfield joins in for the second, to then sing and play it alone until after the first chorus, when the whole band kicks in. Also, the last verse is left out, ending the song with the heavily distorted guitar solo by Hetfield, and usually fading into “Enter Sandman”.

Be the first to review “METALLICA: Nothing else matters 7″ + Enter Sandman (Live). Check video” Cancel reply 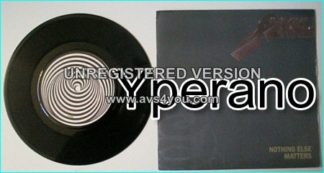