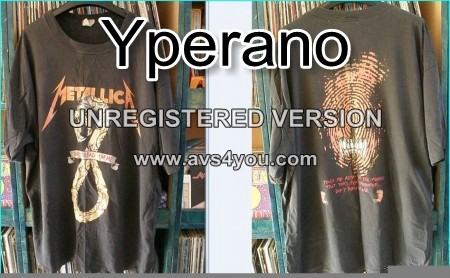 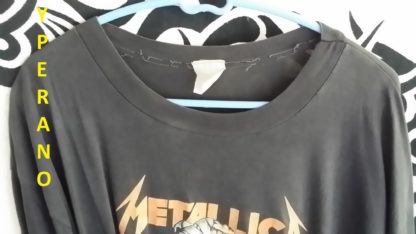 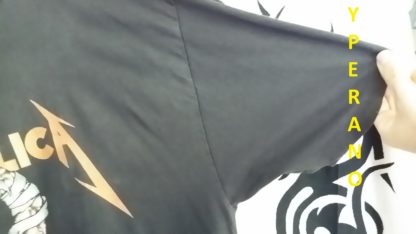 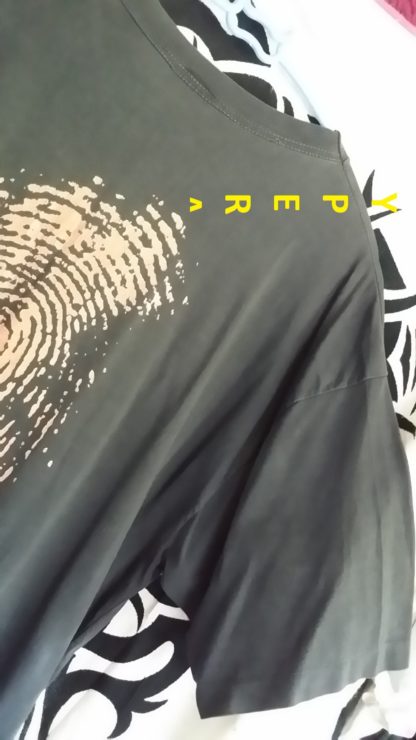 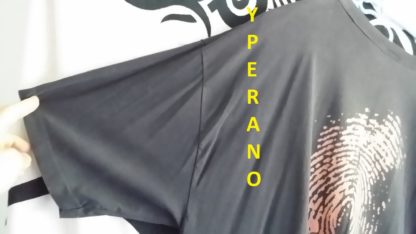 Even though it is a used shirt, it is in a very good condition if you keep in mind that it is a 1986 original vintage shirt. Actually I think the photos don’t look as good as the shirt looks in reality.

“Don’t Tread on Me” is a song by American heavy metal band Metallica, from their eponymous fifth album, August 29, 1991. The title is connected with the American Revolutionary War. The words “Don’t Tread on Me” constitute the motto of the Gadsden flag, and the snake image on the flag is pictured on the cover of the album.

The instrumental introduction uses an eight bar phrase from “America“, a popular song from the musical and film West Side Story. It is in a moderate tempo of 104 bpm in 1

The lyrics reference American Revolutionary Patrick Henry’s quote “give me liberty or give me death” with the line “liberty or death, what we so proudly hail”. The lyric, “To secure peace, is to prepare for war” refers to the Latin adage Si vis pacem, para bellum (“If you want peace, prepare [for] a war”). The lyrics containing rattlesnake imagery are inspired by Benjamin Franklin‘s essay suggesting the rattlesnake is a good symbol for the American Spirit.

Hetfield said the song was a reaction to the anti-American tone of their album …And Justice for All – “This is the other side of that. America is a fucking good place. I definitely think that. And that feeling came about from touring a lot. You find out what you like about certain places and you find out why you live in America, even with all the bad fucked-up shit. It’s still the most happening place to hang out.”

Hetfield also said “Don’t Tread On Me, I love the song, but it shocked a lot of people, because everyone thought it was pro-war when they thought we were anti-war, and all we’re doing is writing songs, we’re not standing politically on any side. “Don’t Tread On Me” was just one of those ‘don’t fuck with us’ songs, and obviously referencing the flag and the snake and what it meant, that all tied into the black album and the snake icon on the album cover, and I think it’s great to play that song live. We’re over here in Europe playing it, and people aren’t appalled by the songs. We haven’t played it in Iraq or Iran yet, though.”

Metalheads – even more than any other kinds of music fans – find it especially important to let friends and strangers know what they’re into. Band apparel can serve as a password of sorts at concerts (e.g. “Is this guy alright? …Yep, he’s wearing an uber-cool METALLICA shirt.”), and some items are cool enough to inspire passersby to check out the band without any further recommendation. It’s no wonder that band merchandise has been a huge part of the music industry since rock and roll, Hard Rock & Heavy Metal began.

Be the first to review “Metallica: Don’t tread on Me T-Shirt. original vintage 1992 PUSHEAD” Cancel reply 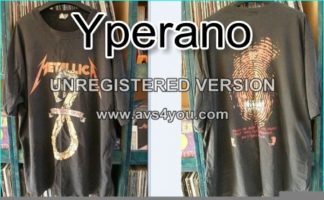